"The Ron Paul of the left": Why Bernie Sanders is the cranky socialist 2016 needs

Sanders can't win. Not by a long shot. But he's willing to say the things nobody else will say. America needs that 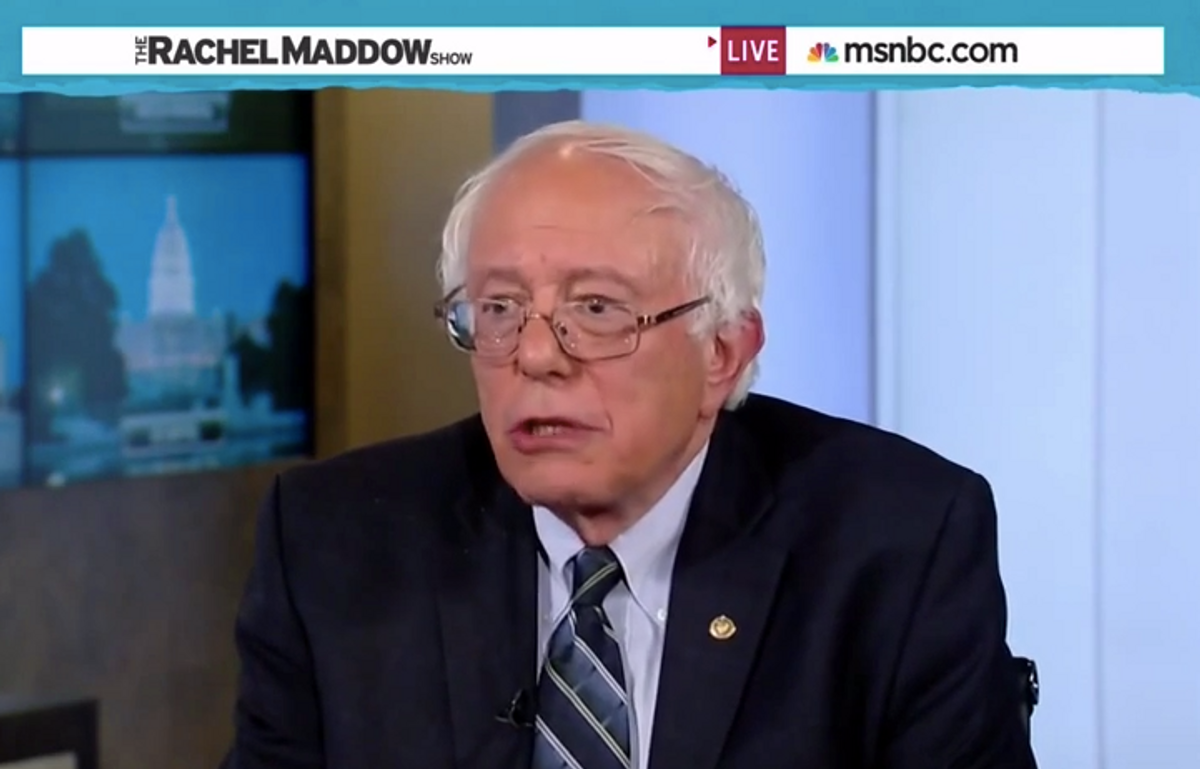 Liberal Democrats might be a little surprised, pleasantly so, by the nascent Hillary Clinton campaign’s flashes of progressivism. At least in the early going, she’s deploying something of a populist lexicon that is unexpected, given her close ties with Wall Street (and virtually the entire global elite, let’s be honest). She’s already floated the idea of a Constitutional amendment to make campaign finance transparent after Citizens United, and she calls out the vast disparity in the incomes of CEOs and average workers, whose incomes have not risen proportionately with increasing productivity in recent decades. It’s likely that her Wall Street pals are not thrilled with her denouncing a rigged tax code that allows hedge fund managers and other financiers to very often pay lower rates than wage earners.

But let’s not get it twisted: Secretary Clinton is not a populist. She leads all possible presidential candidates of both parties among voters from the millionaire class, according to a survey by CNBC. She is expected to amass a war chest of $1 billion, much of that sum coming from the wealthy elite with whom she’s been associated for decades.

So despite the populist tone she strikes in the proximity of corn, many progressive Democrats still worry that a Clinton presidency would be, well, a Clinton presidency, a DLC-type affair like that of husband Bill -- during whose tenure NAFTA was enacted, welfare was “reformed,” and Glass-Steagall was repealed.

As the Clinton coronation has proceeded, progressives have defiantly sought their beautiful loser, the candidate who could, even falling short of the nomination, push Clinton off of her easy centrism and force her to articulate more progressive policy goals, to which she’d be wed in the general election.

So far it’s been Sen. Elizabeth Warren whom Clinton skeptics have desperately tried to enlist to nudge Hillary leftward. But Warren is not running. Repeat: She’s not running for president. And, frankly, it’s become a little sad at this point to watch the calls for her entry continue, despite repeated, definitive and resolute denials of presidential ambition from Warren.

Plus, Warren’s not ready. The freshman senator with foreign policy experience, totaling nil, would be torn apart by the former Secretary of State in that arena. Sen. Warren is not a seasoned politician, and while Clinton has her own inherent weaknesses as a campaigner, it’s not hard to imagine Clinton’s team mopping the convention floor with the former academic. Clinton, after all, took President Obama, a once-in-a-generation campaigner, to a late-inning showdown in the primaries of 2007-08.

But if progressives do want some bang for their buck--and there won’t be many non-Clinton bucks to go around--the way to go is probably a cranky socialist from Vermont.

Senator Bernie Sanders is chomping at the bit to have a national stage to sell his form of democratic socialism, and wrestle the party, and the country, to the left. Sanders returned to "The Rachel Maddow Show" Wednesday night to reiterate what he’s been saying for some time: He’ll run for president if you want him to. One gets the feeling that a meaningful fraction of the effort put into drafting Elizabeth Warren would be enough to rouse Sanders to become a full-time thorn in the side of Clinton.

Sanders is probably not the best spokesperson for democratic socialism: Someone young (Sanders is 73), someone not so Yankee, someone whose clothes aren’t “rumpled”--there’s probably someone, somewhere who’d be a better pitch man for a political ideology that just seven years ago was used as an effective epithet against the newly elected Obama. But what Sanders lacks in polish, and acquaintance with a comb for that matter, he more than makes up for in conviction. He’s experienced in articulating populism, and he’s more than happy to be a true antagonist to Hillary on a debate stage. He’s like the Ron Paul of the left, unafraid--even eager--to ruffle feathers in the furtherance of his political beliefs.

Unlike Warren -- who is a reformer, not a revolutionary -- Sanders would deliver a full-throated call for an end to the “ruling class” on the campaign trail, which Clinton would, in turn, be forced to defend. Warren might have forced Clinton to make uncomfortable declarations on Wall Street reform, but Clinton would not be made to question an entire system of which she’s a vital part and advocate. Her fingerprints are all over the much-maligned Trans-Pacific Partnership trade deal--what Sanders calls “NAFTA on steroids”--which as Secretary of State she helped shepherd to agreement among governments and corporations and said “sets the gold standard in trade agreements.”

Facing Sanders, Clinton would have to defend the harmful conservatism of her husband’s tenure, which, unlike virtually any Democrat, Obama included, Sanders doesn’t consider out of bounds. A critique of our current economic straits is incomplete without considering the Clinton years. Sanders denounced NAFTA in 1993 before its official enactment, using Occupy-speak of the “1 percent” more than two decades before Zuccotti Park. Once a voice in the wilderness, Sanders is now uniquely prepared to articulate the frustrations of Americans on both sides of the partisan divide.

In a way, you might almost feel sorry for Clinton in the event of Sanders’ entry into the Democratic field. She’s put in her time in line and is ready for her easy accession to the Oval Office. Few Democrats are really prepared to defend themselves against Senator Sanders, whose once seemingly wild-eyed critique of the bipartisan consensus on the power of financiers and multinational corporations is now increasingly just common parlance in the age of Occupy and the Tea Party, both expressions of populist rage in the face of what many see as a rigged game. Clinton has been patient and diligent and is now in line to sit atop that rigged game, and it seems the only danger that awaits is a political guerrilla who doesn’t recognize the rules of the rigging.