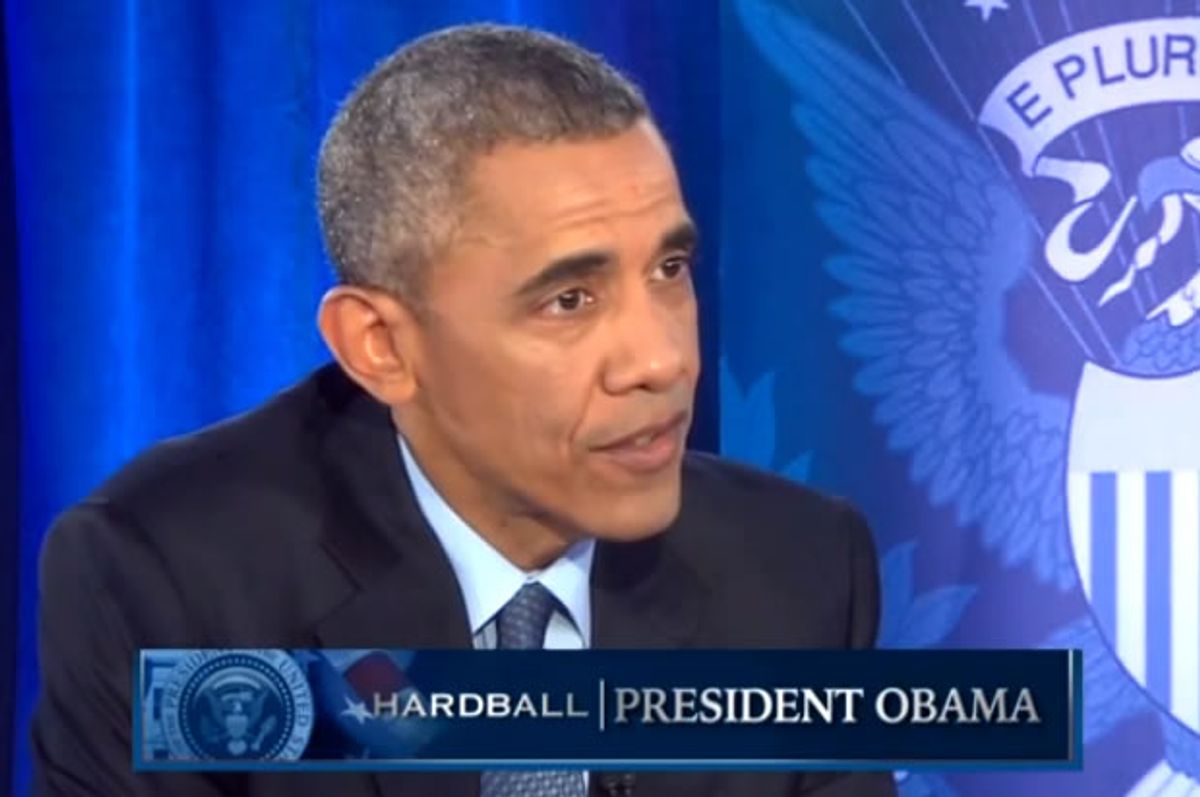 Chris Matthews spoke to President Barack Obama on "Hardball" last night about the new transnational trade deal he was proposing -- and why his critics are "just wrong" when they claim that it is going to hurt the middle class.

The president addressed criticism coming from his left over the Trans-Pacific Partnership (TPP). "I love Elizabeth [Warren]," he said, "but she's just wrong on this -- because when you hear folks make suggestions about how bad this trade deal is, when you dig into the facts, they are wrong." Obama and his supporters believe that if the United States doesn't determine what the trade regulations with trans-pacific are, China will.

In addition to Senator Warren, Minority Leader Harry Reid has also rejected the president's proposed trade agreement. The president told Matthews that he "doesn't believe in trade just for trade's sake," noting that his home state of Illinois was devastated by the lose of manufacturing jobs made possible by previous trade agreements.

The TPP will be different, he said, because it focuses on what American businesses will be able to export and will allow the United States to compel its partners to enforce stricter labor and environmental standards. "Ultimately," the president said, "I would not put this forward if I wasn't absolutely certain this wouldn't be good for American workers."

Matthews asked Virginia Representative Gerry Connolly whether he agreed with the president in thinking that the TPP is less flawed than NAFTA, and Connolly said that it not only improves upon the North American Free Trade Agreement, it corrects some of the environment and labor deficits in the earlier trade agreement.

The president added that one of the major problems with NAFTA is that the labor and environment statutes were in a side letter, effectively rendering them unenforceable. "That's fixed" by the TPP, he said, noting that it will allow the United States to do what it does best -- which is not compete for low-wage manufacturing jobs of the sort that Warren, Reid, and the president's critics believe will be outsourced.

"That ship has said," Obama explained. "We can only compete for the high-end, where we're adding value. It's IT, it's talent, it's innovation -- that's the kind of stuff we can sell around the world."