After making one legendary penis joke, Kumail Nanjiani is now subjected to really bad penis jokes at every bar 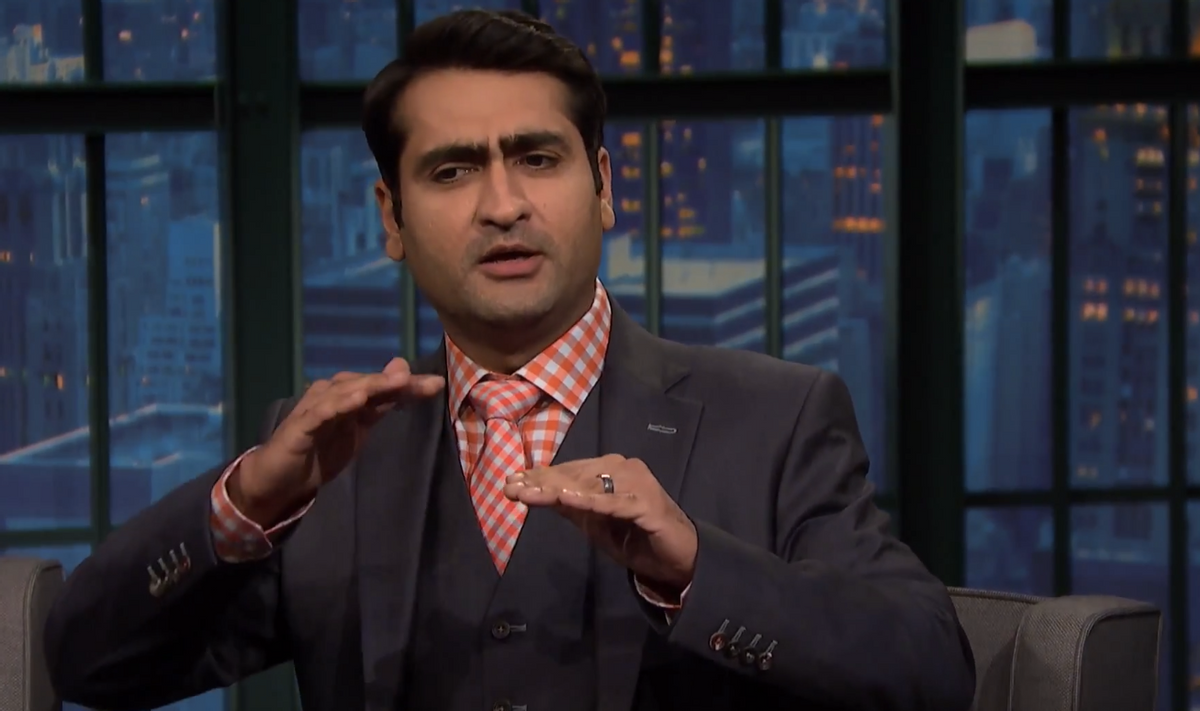 Kumail Nanjiani may regret a few of his jokes on the HBO show "Silicon Valley." Namely, that incredibly elaborate penis one -- you know which -- that involved “optimal tip-to-tip efficiency” math equations plus an actual, real-life team of Stanford mathematicians to devise all the math for it. Nanjiani visited "Late Night With Seth Meyers" Tuesday night and told Meyers that he practically can't go to a bar anymore without someone asking him about his "D2F" (d*ck-to-floor ratio) or how long it takes him to "j*ck an entire room off" (47 minutes, if you were wondering). Basically, all great convos to be having if you're taking your parents out for a drink.