John McCain is literally laughing at Rand Paul: "The worst possible candidate of the 20 or so that are running"

Paul is "the worst possible candidate of the twenty or so that are running." 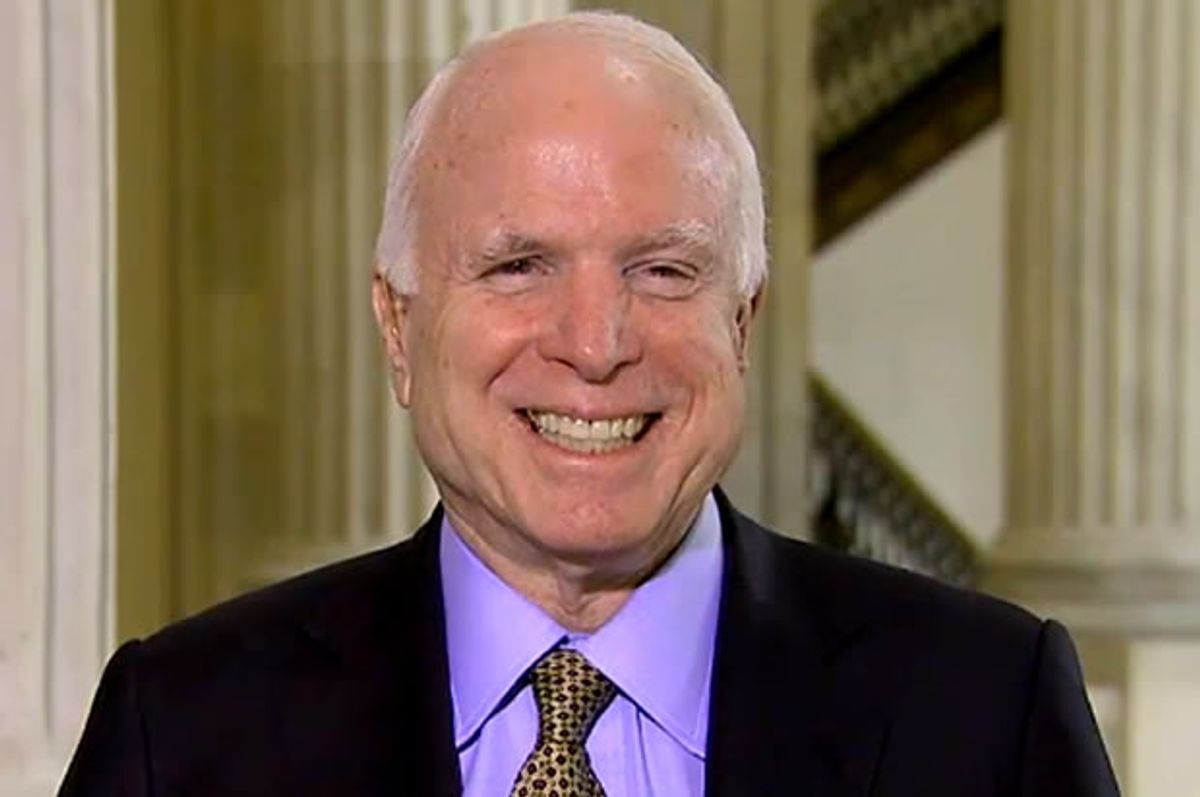 On "Cavuto" yesterday, Senator John McCain lashed out at his colleague Rand Paul for referring to him as President Obama's "lapdog," saying that the Republican presidential candidate is "the worst possible candidate, of the 20 or so that are running, on the most important issue."

The "issue" in question is national security, and McCain had difficulty suppressing laughter as he rattled off a long list of all the times he believes the senator from Kentucky has been wrong -- including Iran, Iraq, Libya, Egypt, Syria, ISIS, defense spending, and assistance to Israel.

"The record is very clear," McCain said, "that [Paul] simply does not have an understanding of the needs and the threats [against] United States national security."

McCain did say that he is a "loyal Republican" and would vote for the nominee of his party, but added that "I would hope that good sense would prevail" and the GOP would nominate someone other than Paul -- even saying that Senator Ted Cruz, with whom McCain has an incredibly contentious relationship, would be a better candidate.