As citizens gather to protest yet another black life cut short, police officials act like cops are the real victims 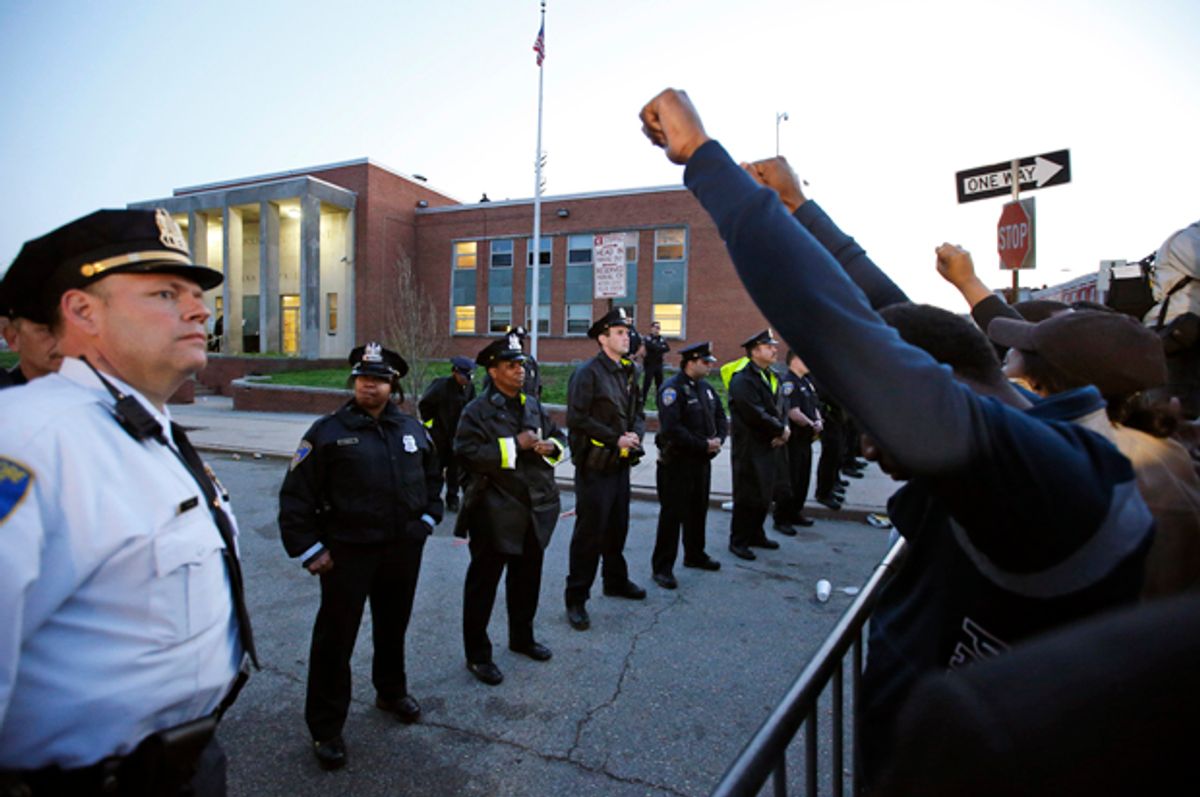 It seemed as though police union leaders had gotten some PR training lately, and moved on from their strategy of pretending they’re the real victims in the awful spate of police killings involving unarmed black men. New York’s Pat Lynch has stopped shrieking that Mayor Bill de Blasio has “blood on his hands” for the time being. We haven’t heard anything lately from loud-mouthed Cleveland police union chief Jeff Follmer, who defended the killing of 12-year-old Tamir Rice by insisting "the nation needs to realize, when [police] tell you to do something, do it."

Instead, we’ve seen more sensitivity to the outrage of the victim’s family and community in the wake of recent killings. North Charleston officials famously arrested officer Michael Slager for shooting Walter Scott, after it was captured on a chilling video. In Madison, Wisc., the police chief quickly released the name of the officer who killed 19-year-old Tony Robinson last month, expressed sympathy for his family, and the district attorney continues to investigate.

But it seems that in Baltimore, police union leaders didn’t get the PR memo. Wednesday night Gene Ryan, head of the Fraternal Order of Police Lodge 3, compared the peaceful protesters who’ve gathered nightly in the wake of the death of Freddie Gray to a “lynch mob."

Gray, 25, died of a severed spinal cord and a crushed larynx he suffered while in police custody, and authorities have given no details about exactly how it happened. But videos of Gray’s arrest, after a foot chase, have surfaced, and they are painful to watch. His mysterious death has understandably touched off a wave of local protest, angry at times but lawful and peaceful. In news coverage we see citizens exercising their right to assemble and to question authorities, legally and non-violently.

That’s not what Gene Ryan sees. "The images seen on television look and sound much like a lynch mob in that they care calling for the immediate imprisonment of these officers without them ever receiving the due process that is the Constitutional right of every citizen, including law enforcement officers," the union head said in a statement.

A little history note for Ryan: “Lynch mobs” didn’t demand the “immediate imprisonment” of African Americans. They murdered them in cold blood – and those mobs often included police officers. Even when they weren’t aided and abetted – or led – by law enforcement, the mobs only succeeded because law enforcement routinely looked away.

The Gray family’s attorney attempted to educate Ryan. "We've been the victims of the lynching and now we're the lynch mob?" William Murphy asked. "This level of ignorance of history needs to be remedied by an education by the real history of Black America, a history that he has evidently never been exposed to."

Ryan then tried to walk back his ridiculous comparison. "Maybe I need to reword that," he said in a press conference Wednesday night. But he continued to make his officers out to be victims in the aftermath of Gray’s killing.

It’s hard to know if this is a strategy, or the inborn reaction of police to any citizen complaints about their behavior: hysteria, combined with attempts to intimidate the public, and elected officials, into silence. There would be no police killings, their mentality holds, if the nation realized, in the illuminating words of Cleveland’s Jeff Follmer, that “when we tell you to do something, do it."

Sadly, the recent outbreak of calm and clear thinking in North Charleston and Madison, not the outbursts of Lynch, Follmer and Ryan, are probably the aberration here. As U.S Attorney Loretta Lynch stands on the brink of confirmation as attorney general, finally, let us hope the Justice Department continues to school local law enforcement leaders that when their citizen employers tell them to obey the law, they should do it.