Fox News' Brian Kilmeade: Is it possible to be a Muslim and salute the flag? 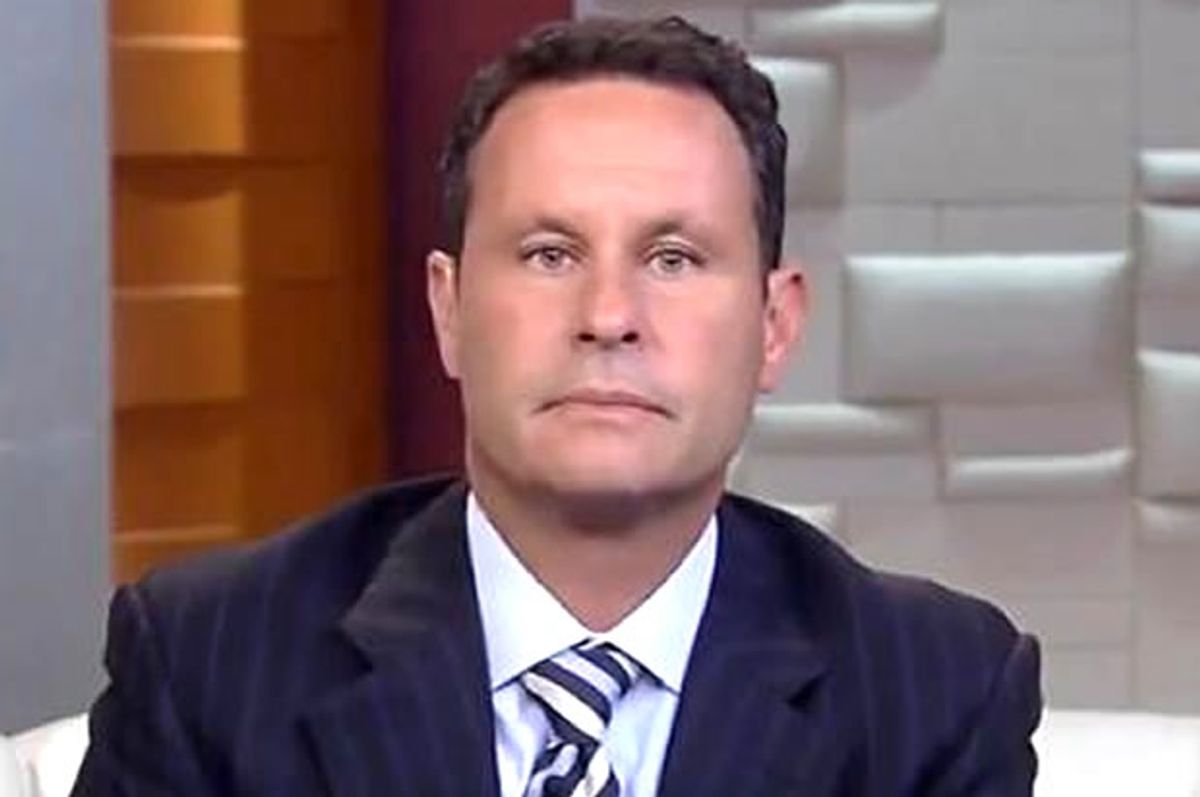 On "Fox & Friends" this morning, co-host Brian Kilmeade wondered aloud whether Muslims are still allowed to salute the American flag.

His comment came as part of a discussion about Miami's highest ranking female black police officer, Anita Najiy, and a video that surfaced of her standing at attention instead of placing her hand over her heart while the Pledge of Allegiance was being recited:

The President of the Fraternal Order of Police, Javier Ortiz, sent out an email last week demanding that she be reprimanded for her behavior.

"I had false hopes that the MPD [Miami Police Department] would address the issue at hand," Ortiz wrote. "Assistant Chief Najiy practices in the Muslim faith. The MPD apparently is afraid to address this. In the United States, you have the right to practice any religion and say whatever you want off-duty. When you’re in your police uniform, you are to be neutral."

The Miami Community Police Benevolent Association -- which represents many of the city's black officers -- shot back, with President Ella Moore writing that "[r]acism cloaked in patriotism is a huge insult to the American flag, the city of Miami, and the police department." Miami Police Major Delrish Moss added that Assistant Chief Najiy was following United States military code, which supersedes city codes.

"Fox & Friends" co-host Steve Doocy said Najiy did "stand at attention, remain silent, and face the flag," as required by military guidelines, but then repeated Ortiz's smears against her anyway. "The Fraternal Order of Police president suggests this could have been a religious decision. He has suggested that perhaps she is a Muslim," he said.

"By the way, if you're a Muslim, I hope it means you can still salute the flag, put your hand on your heart," co-host Brian Kilmeade replied.

Elisabeth Hasselbeck said that "that would be a great question to ask," then went a step further, claiming that the public had a "right to know" why Assistant Chief Najiy chose to stand at attention -- she could be a Muslim who, as Ortiz accused, "has no respect for the flag or the United States."

Watch the entire video via Media Matters for American below.