"If Andy can figure out a way to get [Williams] back on the air, he will do it" 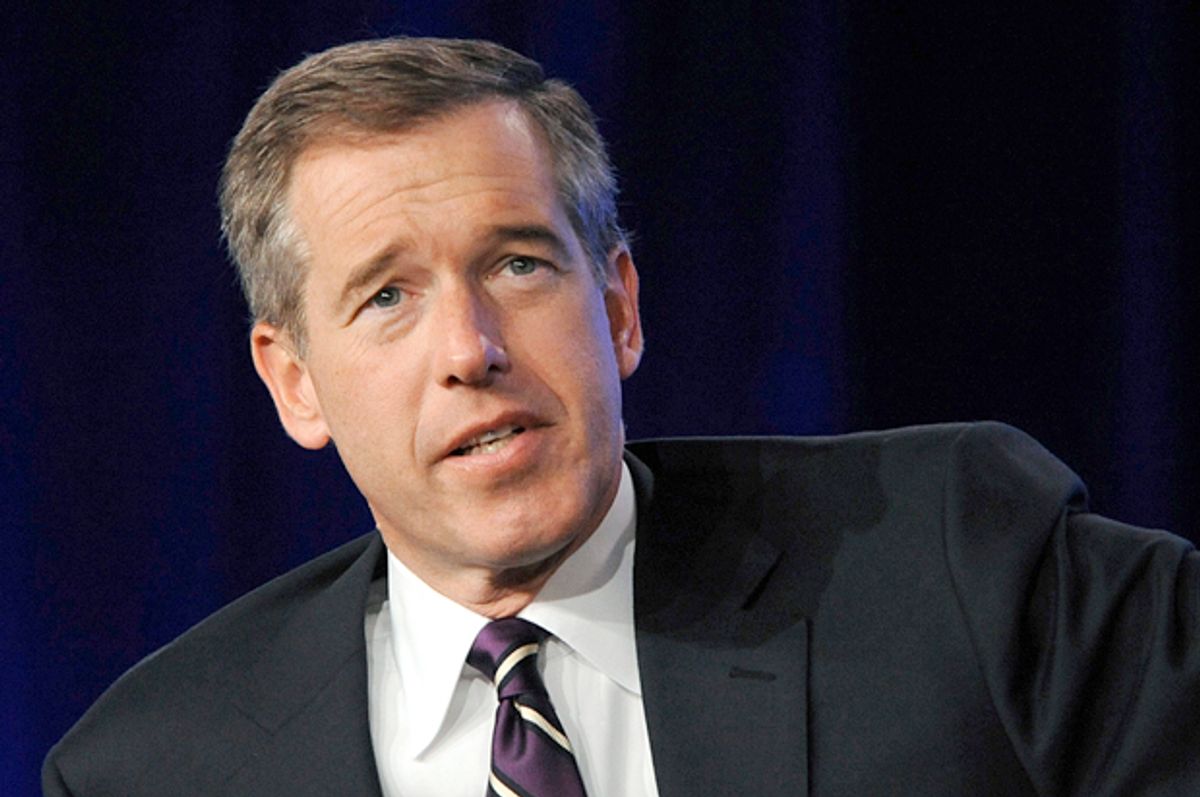 In a private meeting held last Thursday, the fate of Williams was discussed by top NBC executives. Results of an investigation into Williams' reporting history found that not only had the anchor embellished a story about being in a military helicopter that sustained enemy fire in the Iraq war, but that he had fabricated or exaggerated stories at least 11 other times. Given the damning findings of the investigation, it seemed unlikely that Williams would be invited back to the "Nightly News" anchor desk.

However, New York Daily News' Don Kaplan reports that NBC News chief Andrew Lack is not convinced that Williams should be ousted.

"Andy believes viewers want him back," an unidentified source said in an interview with the Daily News. "The feeling is that [Williams'] problem seems to be more with the media and other reporters than his viewers. If Andy can figure out a way to get him back on the air, he will do it."

"The fact that there has been no resolution and that [Lack] is still searching for a way to restore Brian is making it very hard for us to move forward," said another source.

The Daily News also reports that Williams refuses to resign -- "If he leaves it will not be his decision," said yet another unnamed source.

The L.A. Times' Stephen Battaglio noted that most executives think Williams' restoration is unlikely, despite the fact that ratings have been slowly slipping:

Since [Lester] Holt took over, "NBC Nightly News" ratings have slowly eroded at a rate that one evening news competitor said should have the network "moderately" concerned. The broadcast has slipped into second place in total viewers behind  "ABC World News Tonight with David Muir" while remaining about even in the advertiser-favored 25-to-54 age group.

If there was a way for Williams to come back to NBC, a network executive told Battaglio, "don't you think we'd be hearing about it by now?"