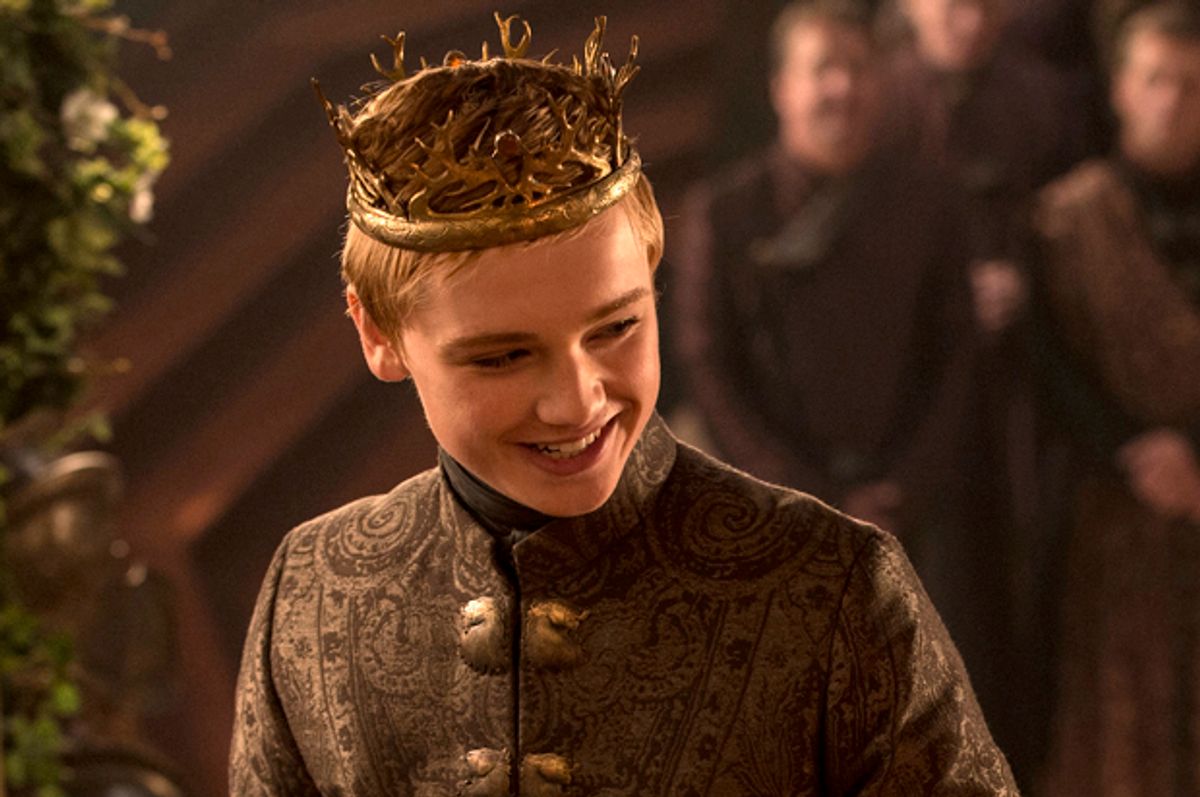 "Game of Thrones" is faintly medieval in its sexual sensibilities, and as such it features lots of couplings that would be inappropriate by contemporary standards. For example, this week, 12-year-old King Tommen Baratheon (who is a mere seven in the books) lost his virginity to his much older queen, Margaery Tyrell, played by 33-year-old Natalie Dormer. Unsurprisingly, the preteen King was pretty stoked about consummating the royal union, telling his bride "this is all I want to do. All day, every day, for the rest of my life.”

"It was very disturbing," said Chapman. “Normally when my stuff’s on the telly, I don’t watch my own bits. But this was such a big scene for my character, so I checked it out… I found out about that scene by reading the script, and I was really shocked. I didn’t think it would have gone down like that on screen. I was nervous to just be pretend marrying Natalie Dormer.”

Explaining in his adorable British teen vernacular that he wasn’t naked during the shoot ("underneath the quilt I had trackies on and stuff"), Chapman explained it was "really weird" to watch the scene as a viewer. "Even if I watch it, it’s pretty messed up, because Tommen is such a young kid," he said. "Margaery is like, this fully grown woman, who is really just using Tommen for the power she can get from him… But it’s good for me.”

Chapman also discussed his scenes with fan favorite Ser Pounce -- Tommen's ginger cat -- explaining that the feline was a bit of a difficult scene partner. "People were obsessed with him," he acknowledged. "He was a bit of a diva, but at the end of the day he’s only a cat, so when the director and the trainers are trying to get him to stand in position on the bed, or run off in a certain direction, it was a bit of a obstacle to get him to do it. But in the end, the final shot looks great, and he doesn’t really look like a diva. In truth, he was a bit of a bugger on set. But I’d like to see him back, I would. It’s down to the showrunners.”