Larry Wilmore bungles Bruce Jenner coverage in tone-deaf segment: "How are you so sure you’re a woman?" 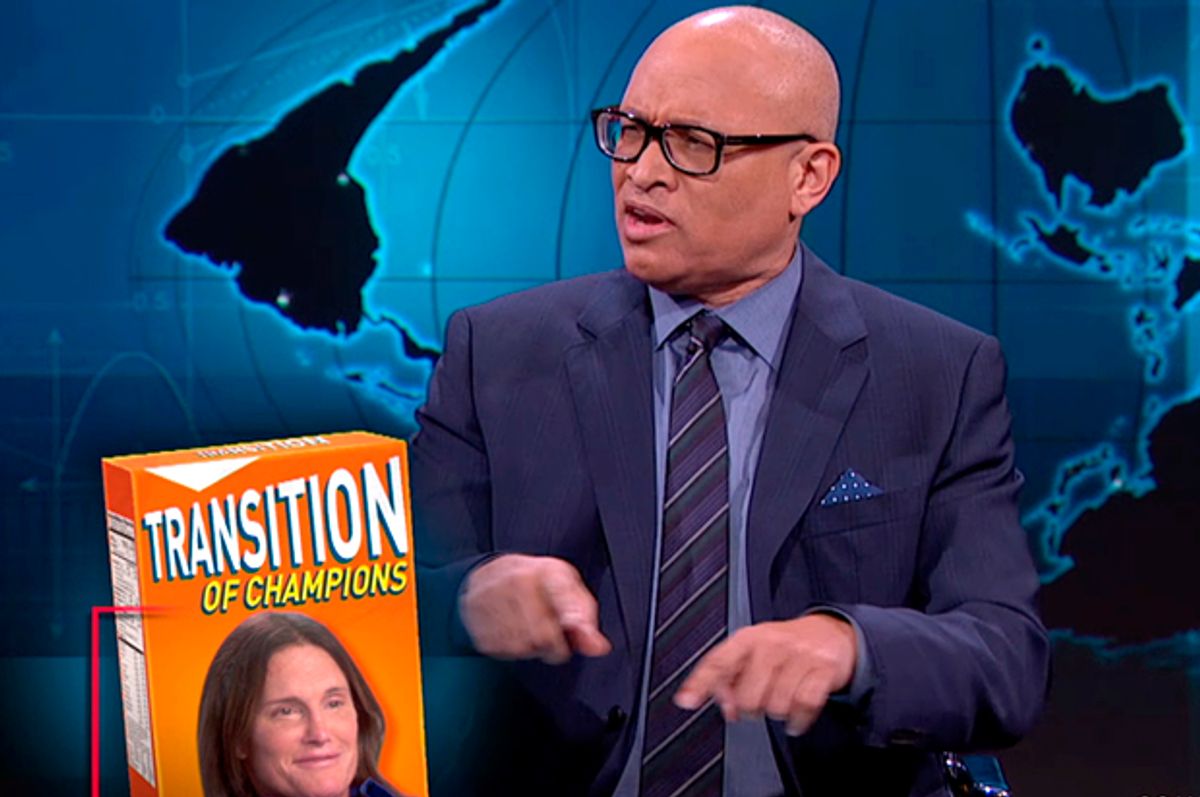 “Nightly Show” host Larry Wilmore — who is usually known for his sensitive coverage of marginalized groups and individuals — put out an embarrassingly tone deaf segment covering Bruce Jenner’s transition announcement last night, which includes an animation of Wilmore’s head exploding as he tries to process the “confusing” revelations. As he puts it: “My head is starting to hurt. I feel like Ted Cruz trying to understand global warming. All the evidence is in front of me but my brain can't process it."

The whole segment is one misfire after another, with Wilmore adopting a glib, condescending tone as he fields rhetorical questions about Jenner’s transition (“You’re saying that you’re a woman but you have man parts? Well, how are you so sure you’re a woman?”) and articulating retrograde stereotypes masquerading as jokes. As Wilmore puts it, with a look of mock bemusement on his face: “Back in the day Johnson equaled man, Lady Bird Johnson equaled woman, very simple."

Then it gets even worse, as we're forced to sit through a painfully trivializing bit where Colin Quinn, dressed as Pinocchio, provides his wisdom on transitioning (you know, as a member of the "puppet to real-boy community.”)

The whole root of Wilmore's gag here — transgender people are confusing and weird! — is a telling example of what makes it so hard for trans people to come out, and why visibility is so important. Wilmore is mocking Jenner for articulating complex ideas about gender identity and dysphoria that can be extremely difficult to understand for those who haven't personally experienced it. In his interview with Diane Sawyer last Friday, Jenner actually did a really solid job of explaining a complicated experience that most people will never have to face. People like Wilmore are illustrating why we need more people to speak out: Huge barriers still remain to tolerance and understanding when it comes to trans issues, even for those one would think should be most equipped to cover the issue.

Lesson from all this: If you don’t have the talent to write jokes about a topic like this that are actually funny, don’t say anything at all.