"The perfect beer for removing ‘no’ from your vocabulary": Bud Light apologizes for avoidable tone-deaf tagline 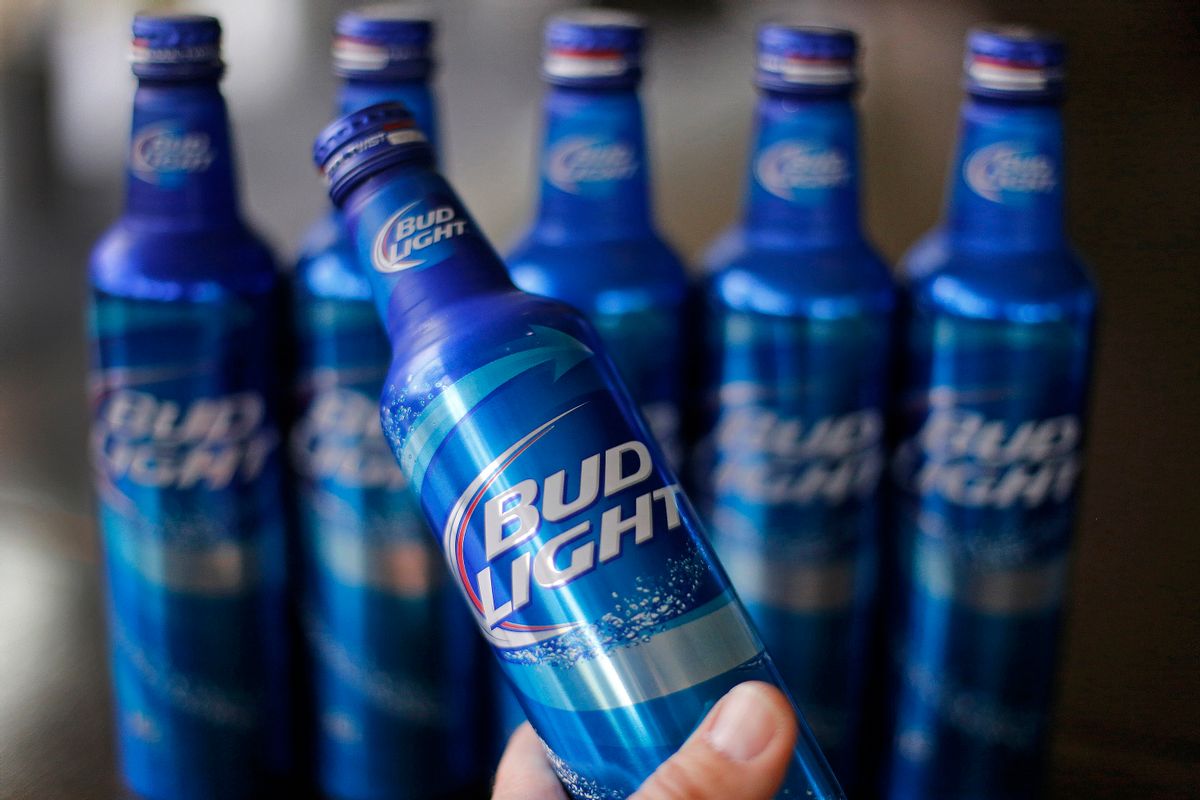 Here is something #brands could stand to learn about social media marketing campaigns: They are very, very easy to screw up. If the professional pranksters of the Internet don't set out to sabotage a hashtag-happy campaign, chances are the brand strategists will handle it themselves -- as the PR team at Bud Light proved this week.

On Tuesday, Bud Light was pushed to apologize for a tone-deaf (and avoidable!) tagline that appeared on a number of bottles as part of it's "#UpForWhatever" campaign, which advertised the beer as "perfect" for "removing 'no' from your vocabulary for the night." The label was criticized for promoting rape culture after an image appeared on Reddit, prompting social media backlash. Consumerist summarized the issues with the concept of "removing 'no'" aptly:

Given the role that alcohol plays in many things that would have been a “no” without a night of drinking -- driving under the influence, sexual assault, vandalism, public urination, random “woot-woot”-ing as you ping-pong down the sidewalk -- it’s probably not the best idea for a multinational multibillion-dollar business like Bud Light’s parent company AB InBev to publicly acknowledge that its product can lead users down a path to stupid consequences.

Following enough negative responses to the label -- one of 140 to appear this year -- Bud Light representatives agreed. In a statement to BuzzFeed News, the company's vice president Alexander Lambrecht said the message "missed the mark" and apologized for including it:

The Bud Light Up for Whatever campaign, now in its second year, has inspired millions of consumers to engage with our brand in a positive and light-hearted way. In this spirit, we created more than 140 different scroll messages intended to encourage spontaneous fun. It’s clear that this message missed the mark, and we regret it. We would never condone disrespectful or irresponsible behavior.

But, as BuzzFeed points out, this is neither the first time Bud Light has, in fact, implicitly condoned "disrespectful or irresponsible behavior" with the #UpForWhatever campaign, nor is it the first time it's had to apologize for doing so. Last year, in honor of St. Patrick's Day, the company urged consumers to pinch people who weren't wearing green, sparking social media backlash over Bud Light's lack of consideration for consent. Unfortunately, it's not surprising that -- for a second year -- controversy has erupted over the very same thing.

It's no secret that we struggle to have coherent conversations about consent, and to grasp the (not particularly difficult) concept of willing participation in a physical or sexual behavior. But Bud Light's latest misstep, and even its subsequent apology, illustrates just why this seems to be so damn challenging. There doesn't appear to be a whole lot of reflection.

In addition to overlooking the potential implications of promoting an alcoholic beverage as the perfect tool for "removing 'no'" from people's vocabularies for a few hours, Bud Light has failed to acknowledge how it can prevent another misfire, this year or next. The company's response to the controversy seems to be just that: a reaction. It is not a proactive measure, and there was clearly no lesson learned from last year's gaffe, which is what allows the cycle of #brand confusion and legitimate complaints about the promotion of rape culture to continue while social media collapses in on itself.

And while Bud Light may have accepted that its message was wrong, and apologized publicly, the company still hasn't elaborated on why that is. It also hasn't outlined what it can do to make sure it doesn't send the same message in the future -- or, better yet, how it can promote an even better message about consent.