You won't learn everything you need to know about Baltimore from "The Wire," but it's a start 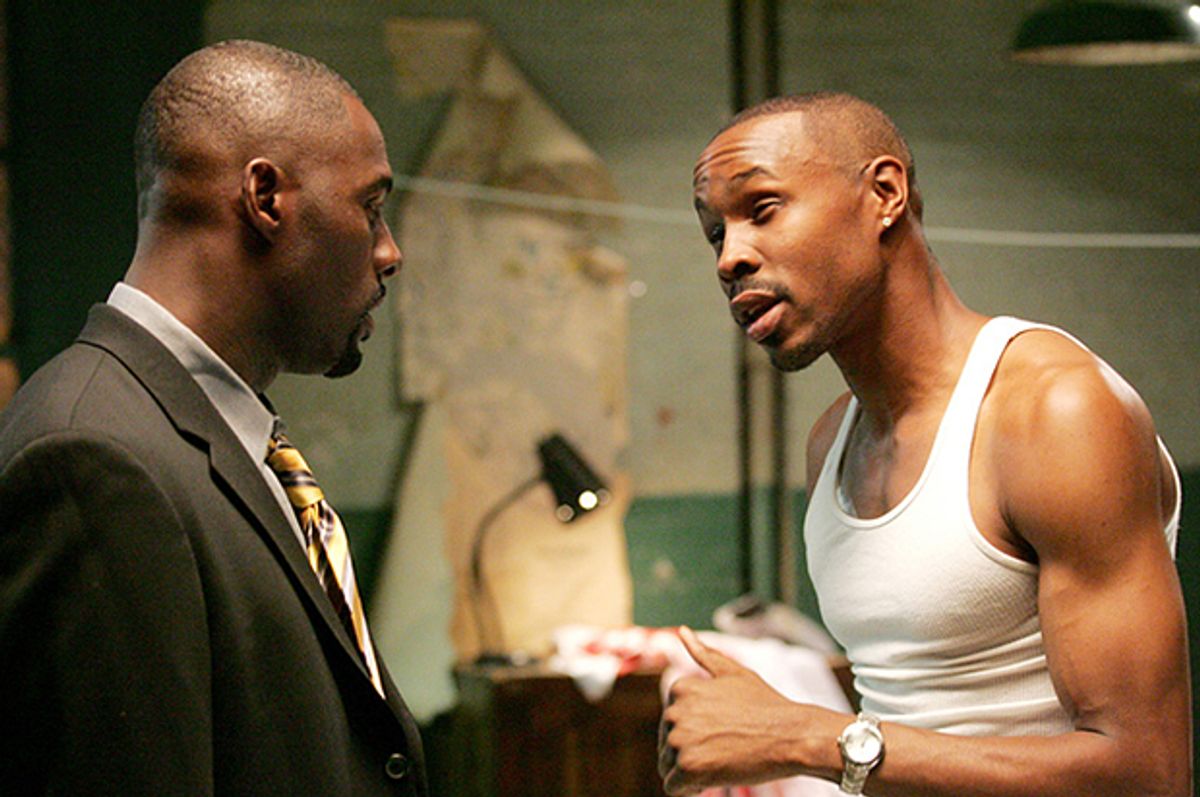 As tension turns into riots, riots into a state of emergency, and it all threatens to blow up into a version of Rodney King-era South Central, Baltimore has grabbed national attention in a way it rarely does outside Orioles pennant races. Throughout the very real death of Freddie Gray at the hands of the Baltimore police and the protests and outpouring of anger following, the HBO show "The Wire," which aired its final episode more than seven years ago, continues to echo throughout the social media conversation. There are two dueling notions: "Well if you watched ‘The Wire’ you shouldn't be surprised" vs. "White people think all you need to do is watch ‘The Wire’ and you understand Baltimore."

And creator and show-runner David Simon has been weighing in with his usual combination of raging intensity and intellectual force. Mostly, he is not directing people to revisit his show -- all of which focused on Charm City and much of which used members of the police force as main characters -- to understand the chaos. But so far his blog entry, and the online conversation around it, is some of the most urgent coverage of the mess that’s followed Gray’s death in police custody.

Simon’s central argument is that observers need to understand the racial, political and economic context of the unrest, and that violence will solve nothing. On Monday he acknowledged the grievances of the city’s black and poor, adding, “But now — in this moment — the anger and the selfishness and the brutality of those claiming the right to violence in Freddie Gray’s name needs to cease.  There was real power and potential in the peaceful protests that spoke in Mr. Gray’s name initially, and there was real unity at his homegoing today.  But this, now, in the streets, is an affront to that man’s memory and a diminution of the absolute moral lesson that underlies his unnecessary death.”

And here’s the kicker: “If you can’t seek redress and demand reform without a brick in your hand, you risk losing this moment for all of us in Baltimore.  Turn around.  Go home.  Please.”

His brief post drew more than 470 comments, ranging from denunciations of the protesters to lamenting the war on drugs and the prison-industrial complex to a call for a new era of segregation. Simon responded, in some cases furiously, to many throughout, fending off arguments from the “they brought it on themselves” right to the pro-violence left. He seems to have been up most or all of the night.

“Last time that America was greeted with a string of them,” he says of violent protests, “we were rewarded with Richard Nixon, Spiro Agnew and as couple decades of counter-revolution and reactionary governance. But I’m sure this time, because the disenfranchised in Baltimore tore up a drug store, some mom-and-pop liquor stores and groceries and burned out the site of a future senior center, real change is on the way. Civil disobedience and mass protest has dignity, demands attention and draws allies. A riot is a riot is a riot. It gets attention to be sure, but the wrong kind.”

Perhaps the fiercest heat came when a commenter suggested a return to the old days. “I don’t want it to be so, but maybe it’s time to revisit Segregation,” wrote Mark Drysdale. “There was an interesting article in Slate magazine a year or two ago that suggested that black people in the 50’s & 60’s civil rights era never wanted Integration, which was a goal imposed on them by white liberals. All they really wanted was Jim Crow laws abolished + voting rights + equal dollars-per-public-school-pupil.” Simon shot back: “You fucking revisit it. I don’t want to live around white people with opinions like the one you just offered.”

And while Simon tried to keep the focus on the city he loves, the deeper roots of the conflict and the importance of nonviolence, he couldn’t escape personal attacks. The artfully named Subhuman Trash wrote: “this dude made bank on exploiting stories of black poverty and disenfranchisement, now he thinks he has the right to talk to us and police our reaction to a brutal police murder.” (His response: “Wow. I just thought I was someone who lived in Baltimore, reported on the drug war as a destructive force, and was hoping that Mr. Gray’s brutal death at the hands of a militarized police might be a real opportunity to aggressively argue for some reform. Now, I’m watching burning and looting and no one is saying shit about Freddie Gray or about what those who brought real protest to City Hall want to see addressed.”)

To the charges that Simon was too rich, too white, too left, or too whatever, the commenter Brick seemed to speak for many of us who respect the former reporter’s intelligence and commitment: “Mr. Simon could have retired after The Wire and moved to Tahiti but here he is, in the middle of night, dealing with the likes of you. How many people at his level take the time to respond to regular folks? Go to bed.”

As it happens, it’s hard for me to disagree with Simon, and not just because I know him slightly from my brief period as a Baltimore journalist in the early ‘90s. When I read about people either advocating violence or blaming black people for insufficient “personal responsibility,” I think back to my childhood in a mostly white, middle-to-upper-middle-class, Topsiders-wearing suburb about 40 minutes away. “My daddy is tired of paying taxes so a black guy can sit on his stoop doing nothing,” is a phrase I heard repeatedly from white kids who had born, in some cases, into country-club memberships.

In part because my mother had grown up in the WASPy, hilly suburbs of north Baltimore, and my dad was a Sun reporter who loved showing his kids raw and wonderful parts of the city’s streets, the caricature of a black hole that suburbanites dumped money into never really resonated with me. But when I see the coverage of the riots and looting, I wonder what my white suburban classmates make of all this. Actually, I think I know. What I wonder about is what the next lazy phrase dismissing the city’s black population will be. In any case, Simon’s show, and his point of view, clarifies the smoky, intensely sad scene better than anything else I know.