“Last Man On Earth”: Will Forte's boorish bro-meets-whiny Nice Guy is the hero we love to hate 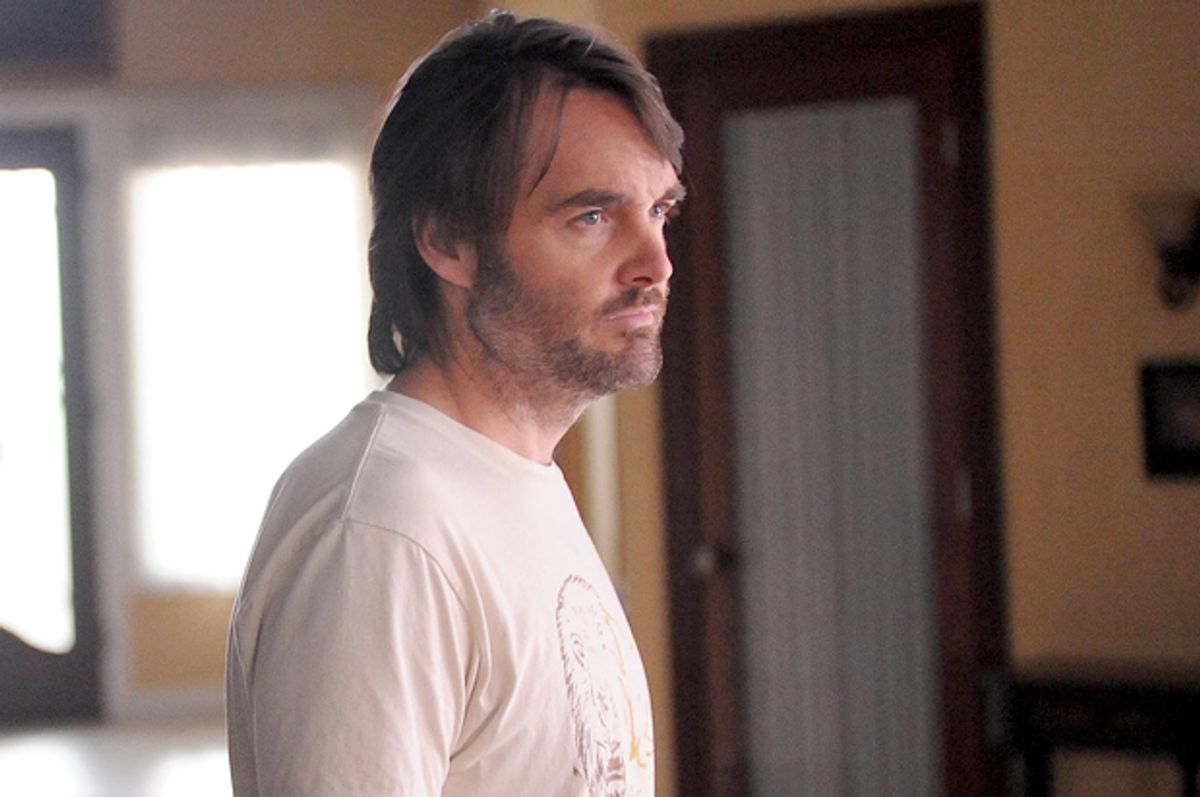 It has been difficult to get the measure of “Last Man On Earth.” The Fox show started off being a show about the world directly following the apocalypse, when a mysterious virus carries off nearly the entire population. For months, protagonist Phil Miller (Will Forte) lives alone, trying to make sense of life as the last man in America.

Mostly, this involves drinking. Phil takes the opportunity of total isolation to bro out with frat-tastic abandon—turning the entirety of Tucson, Arizona into his bachelor pad. He grows a caveman beard. He treats his house like a dumpster—the pool is literally his toilet—and stocks it liberally with pornography and liquor. There’s trauma accompanied the apocalypse, but it’s mostly stuffed into the background so that Phil’s plight can be mined for comedy. He’s a figure of pathetic longing, one who starts mocking Tom Hanks in “Castaway” for talking to a volleyball as a coping mechanism and ends up with an entire entourage of inanimate ball-friends, who are called upon throughout the show to provide him advice. (Unsurprisingly, most of the balls’ advice is not very good.)

Then Phil is joined by Carol (Kristen Schaal), who is not just another human, but a woman. For a moment it looks as if his prayers have been answered—he doesn’t have to make passes at the pretty mannequin he developed a crush on! But his elation at seeing Carol transitions quickly to annoyance—she’s a nag, she won’t sleep with him until they’re married, she doesn’t pronounce anything right. And just as quickly, our excitement for Phil’s happiness turns into exasperation: Why can’t he stop being a jerk?

The story of “Last Man On Earth,” as it’s evolved, has been less a story of Phil’s fraught relationship with the straggling survivors of human civilization and more about the fraying, tenuous affection that we, the audience, feel for him. It’s made staying with the show week-to-week hard to do; multiple critics, including myself, observed a few weeks ago that “Last Man On Earth”’s pivoting storytelling and slow emotional payoff would be better suited to an all-at-once release, like what Netflix did with the similarly themed “Unbreakable Kimmy Schmidt.”

On the other hand, though, creator and star Will Forte is offering a glimpse of what it means to kind of hate what you’re wired to be. Forte created the show and embodies Phil Miller; and there is no one the show hates more than its protagonist. On one hand, he can’t catch a break—total population annihilation must have been tough to deal with, and Carol is a strange, strange person—but on the other hand, he can’t handle anything with even a modicum of class.

“Last Man On Earth” has something else in common with “Unbreakable Kimmy Schmidt”—consciously backgrounded tragedy that comes to the forefront in shocking, unexpected bursts. In the Netflix show, Kimmy is a not-so-subtly coded rape survivor; in the pilot of “Last Man On Earth,” Phil comes about 200 feet away from killing himself.

The major difference—and the real sticking point in any discussion of “Last Man On Earth”—is that Phil trades off his real pathos with a posed, nice-guy self-martyrdom that is all too familiar, especially on the internet. He whines, he sulks, he manipulates; he’s both the overlooked loner in all of us and the creepy guy at town council meetings, at the same time. What’s extraordinary about the show is that it manages to hold those two extremes in balance at the same time, as it slowly unspools more of Phil’s story. It serves as a reckoning of this one man’s character—his blind spots and his strengths—that is both thorough and devastating.

And nowhere is that more evident than Phil’s desire for sex—an all-consuming desire for him, and, because he’s terrible, a frequently thwarted one. That’s led to the show’s evolving significance. At first, “Last Man On Earth” was a show about even the loneliest guy on the planet realizing that another person wouldn’t make him happy. Now, as Carol has been joined by Melissa (January Jones), Todd (Mel Rodriguez), Erica and Gail (Cleopatra Coleman and Mary Steenburgen), and another man named Phil Miller who is way hotter than our hero (Boris Kodjoe), the show is about how sexual politics are nothing but tribal power dynamics, writ large. One of the most cynical moments of satire in last week’s episode, “The Tandyman Can,” wasn’t even about Forte’s Phil—it was about Kodjoe’s Phil, and the behavior of the three women who are interested in sleeping with him. In a particularly desperate moment, they compete to laugh the loudest and longest at an off-the-cuff joke he makes. It’s so recognizable, it’s scary.

Forte’s Phil is a caveman, and in “Last Man On Earth,” he meets a lot of other cavemen and –women. The seven last people on earth are all, as of now, straight; and in the charged atmosphere of survival, any spark of chemistry sets off a wildfire. But it also reveals the awful foibles and vices of people, who are hamstrung by their own insecurities and tangled up in competing egos. In the 12 episodes leading up to Sunday night's finale, as these people have rattled around in their suburban housing development like dice in a Yahtzee cup, only a few at a time manage to experience even a modicum of fulfillment—sexual, emotional, or otherwise. Hell is other people; but also, people really suck at life, both before and after the apocalypse.