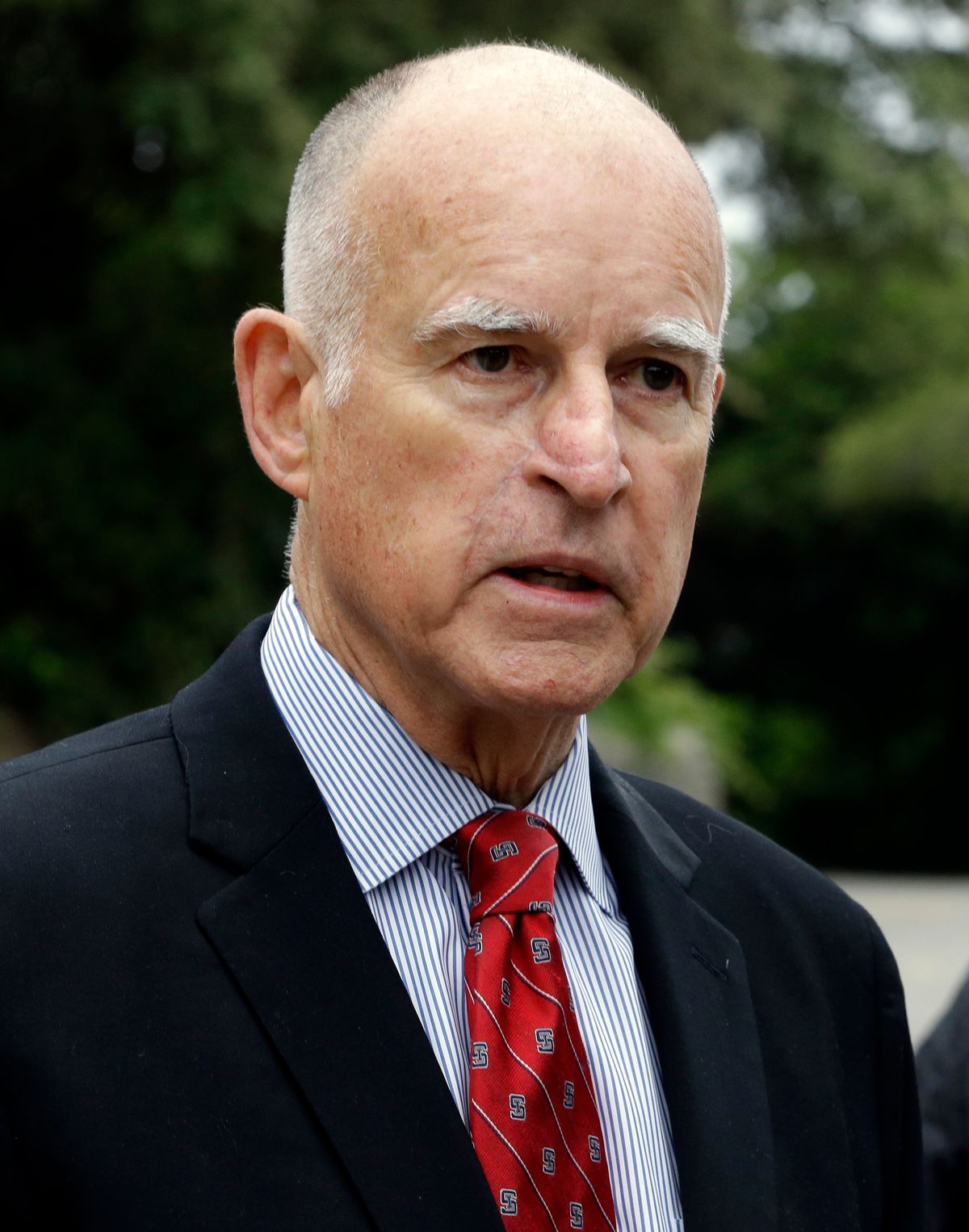 The executive order is momentous in magnitude: the aim is to cut greenhouse gas emissions 40 percent below 1990 levels by 2030 (the entire United States, for comparison, aims to cut emissions 28 percent below the much-higher 2005 levels in the same timeframe). Brown, hyping it up, called it "the most aggressive benchmark enacted by any government in North America to reduce dangerous carbon emissions."

But it's astounding, too, for the context in which it was made. It was only several weeks ago, after all, that Brown was announcing drastic cuts of a different nature: a 25 percent reduction in water usage, aimed at conserving the state's dwindling resources. "It's a different world," Brown said at the time. "We have to act differently."

A big question that often comes up is whether we should we still be trying to mitigate climate change (the world's top scientists, for what it's worth, say we absolutely must), or whether we should instead be devoting most of our resources to preparing for its inevitable impact. That's especially tough on a local level, where the impact that cutting emissions would have pales in comparison to a drought, or rising sea levels, or any other climate-related disaster putting one's constituents at immediate risk.

Brown seems to understand what many have trouble wrapping their minds around: that without major changes, this world is only going to get more different. (This isn't entirely our fault -- our minds weren't made to take on issues as huge as long-term climate change). California's drought wasn't caused by climate change, but climate change almost certainly made it worse. And a further change is only going to mean more of the same: in the future, scientists warn, the threat of drought may be near-constant.

If anything, California may be falling behind on the adaptation side of things. “California has no contingency plan for a persistent drought like this one (let alone a 20-plus-year mega-drought), except, apparently, staying in emergency mode and praying for rain,” wrote Jay Famiglietti, a NASA scientist and professor at UC Irvine. If conditions get as worse as predicted, the state is going to need a better plan.

But it will do that, if Brown's plans pan out, with the larger -- largest -- picture in mind. The governor didn't get into the specifics of how he intends to meet the targets, but California's carbon cap-and-trade system will likely play an important role; in addition, Reuters reports, he'll need to set requirements for the industry, agriculture and energy sectors. At the start of his fourth term in office, Brown also pledged to help the state transition to 50 percent renewable energy by 2030, to reduce the use of petroleum in cars and trucks by up to half and to double the energy efficiency of existing buildings. There will be local benefits, of course, to reducing air pollution and increasing efficiency, but all of those changes will be made in the interest of fighting climate change.

“I’ve set a very high bar, but it’s a bar we must meet,” Brown said of these new emissions goals. “It’s a bar not only for California, but it’s a goal for other states, for the United States as a whole, and for other nations around the world.”

It has to be, of course. Given the global nature of climate change, he'd better hope that the rest of us rise to the challenge.