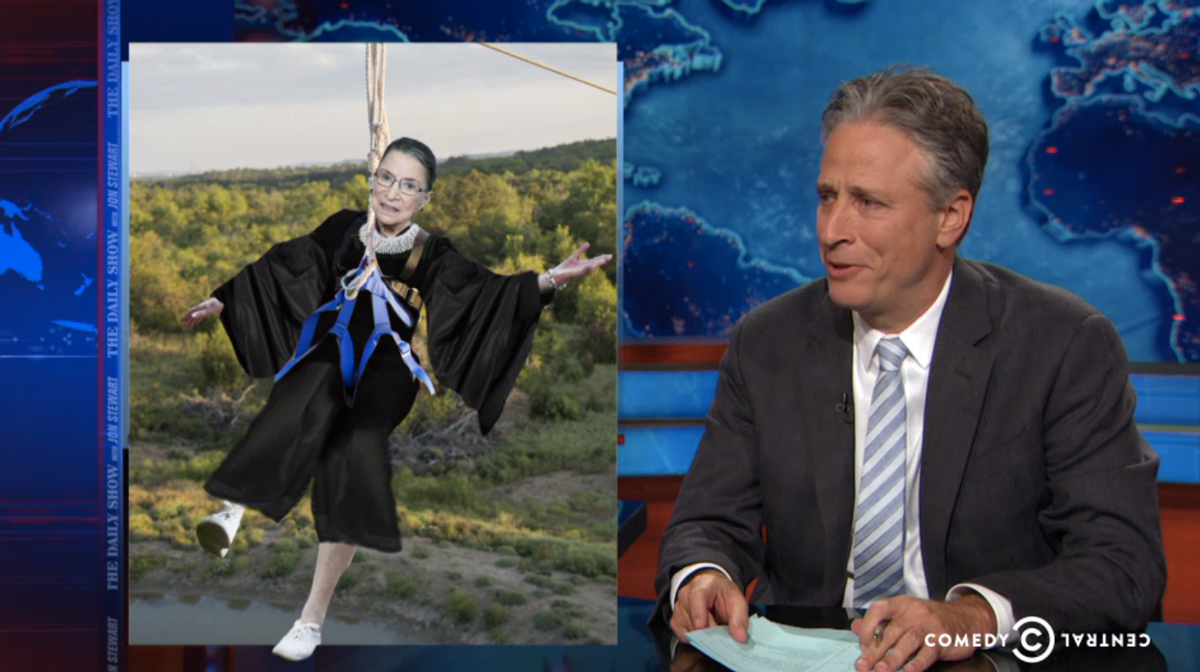 The same-sex-marriage oral arguments at the Supreme Court Tuesday revealed a lot about the way our eight robed justices approach the Constitution and marriage equality in the modern age. Mostly, the "anti-gay cray-cray” ones. As Jon Stewart summed it up on Wednesday night's "Daily Show," the whole thing seemed to act primarily as a "forum for gay marriage opponents to air their best and final arguments."

The arguments wouldn't have been complete without a "lame-appeal-to-history" argument. And to that end, Chief Justice John Roberts delivered. "Every definition I looked up, prior to about a dozen years ago, defined marriage as unity between a man and a woman as husband and wife," Roberts stated in his oral argument. "Obviously if you succeed, that core definition will no longer be operable ... You're not seeking to join the institution. You're seeking to change with the institution is."

“The institution of marriage has almost never not been changing,” Stewart rebutted. “Before the last century, marriage wasn’t one man and one woman; it was one man and his piece of vagina property. Change can be good.”