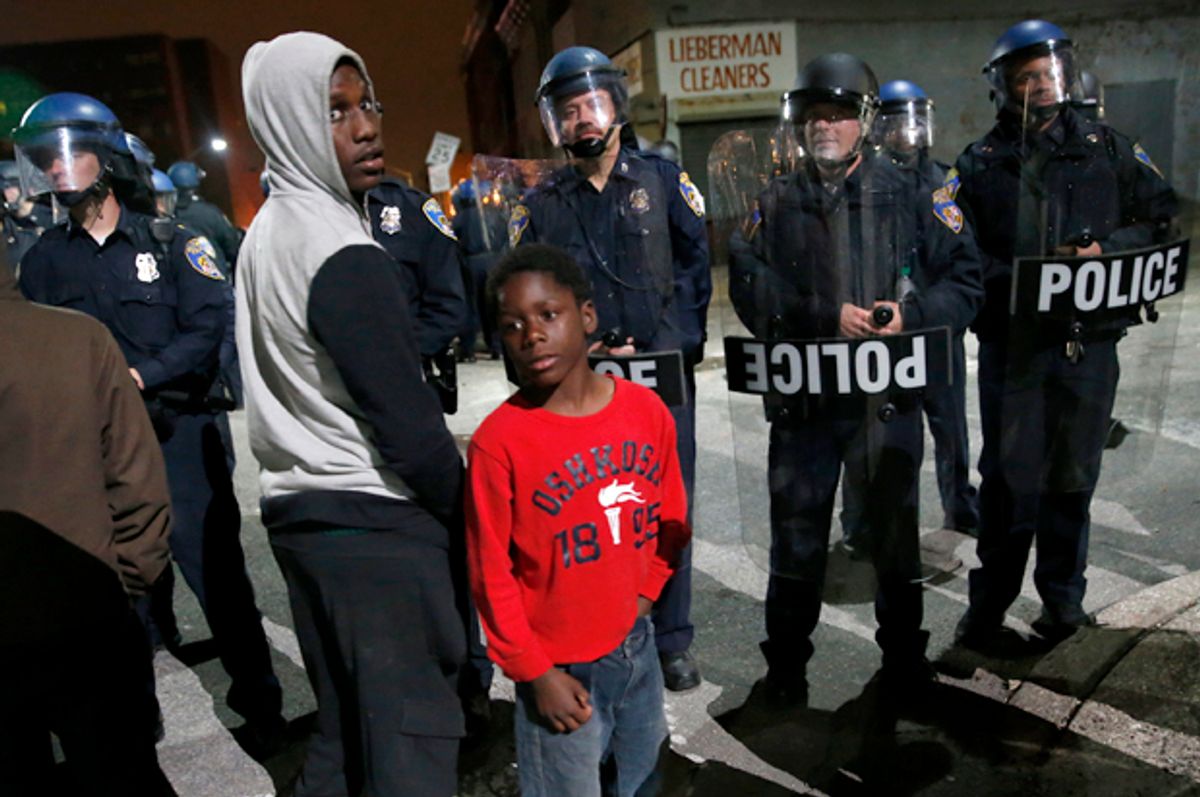 Maryland legislator Patrick McDonough managed to fit a number of truly hateful proposals related to the Baltimore protests into his appearance as a guest host of a radio show on Wednesday morning.

First, a caller suggested that parents of protesters should have their benefits taken away as a punishment.

"That's an idea and that could be legislation," McDonough responded. "I think that you could make the case that there is a failure to do proper parenting and allowing this stuff to happen, is there an opportunity for a month to take away your food stamps?"

I can't even summon the strength to argue against that villain proposal, so I'll move on to McDonough's invocation of "science."

"These young people," McDonough continued, referring to black protesters. "They're violent, they're brutal, their mindset is dysfunctional to a point of being dangerous. And we have got to study, investigate and really look at what this is all about... People will say, 'McDonough, what the hell is wrong with you? You wanna put them all in a test tube or a cage or something to that effect?' No! But I want to apply-- if we are going to study the problems of police relationships with the black community, police relationships with young people, we need to take a real look at it."

Listen to the clips below, courtesy of The Intercept: