"The reality is the vote was a done deal," he said, and "there is no doubt that I led the fight to stop her" 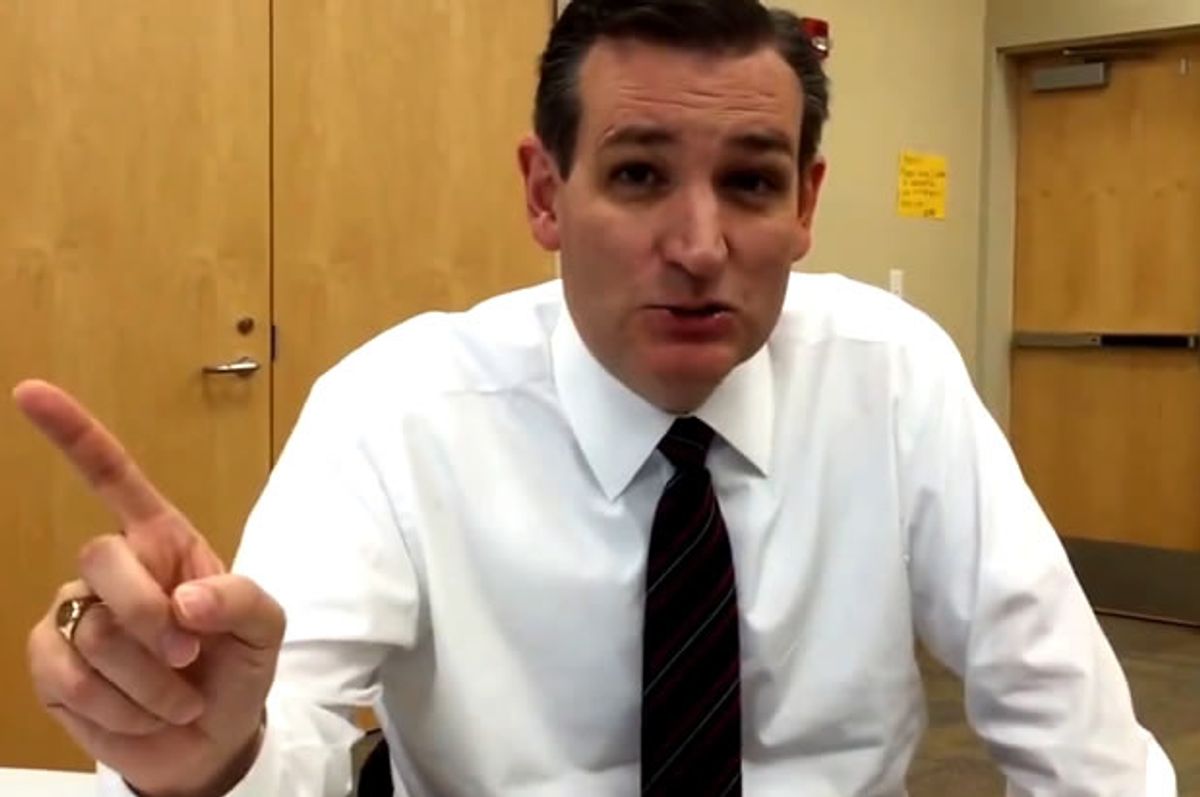 Ted Cruz explained his decision to attend a fundraiser for his presidential run instead of voting against Loretta Lynch's confirmation as Attorney General by saying that that his vote wouldn't have mattered anyway -- and besides, he had participated in the more important, parliamentary vote to stop her nomination earlier.

Cruz told Caffeinated Thoughts' Shane Vander Hart that he had "led the opposition to Loretta Lynch from day one," voting against her in the Senate Judiciary Committee, calling on GOP leaders to stop her confirmation, writing columns about her being unqualified for the position, and voting against her on cloture last week.

"Cloture was the vote that mattered," he said, "it was the 60-vote threshold where if Republicans stood together, she would not have been confirmed." When reporters later informed him that Senate Democrats had lowered the threshold to a simple majority in 2013, Cruz responded, "fair point," but insisted that "under the Senate rules, absence is the equivalent of a 'no' vote."

His fellow Republican Senator from Texas, Ted Cornyn -- who voted in favor of cloture but against her confirmation -- disputed Cruz's logic. "The only vote to confirm somebody is actually the vote on the nomination, not cloture," he told Politico's Burgess Everett.

But Cruz did acknowledge to Vander Hart that, in the end, he chose to attend a fundraiser instead of voting against a nominee he clearly didn't believe fit for the position of Attorney General.

"It is true," he said, that "the final vote that was on the confirmation vote at the end of the day, I was not there because I had to fly back for a campaign event. But the reality is that vote was a done deal. The fight had been on the cloture vote, and there is no doubt to any observer that I had led the fight to stop her."

Cruz explained that while the 27 million Texans he represents may have been disappointed with his decision to attend that fundraiser, "Texans are also calling on me to stand up and fight to turn this country around -- and I have to say the energy and enthusiasm we have seen in the month since we launched this campaign has been breathtaking."

Watch the entire video below via Caffeinated Thoughts.