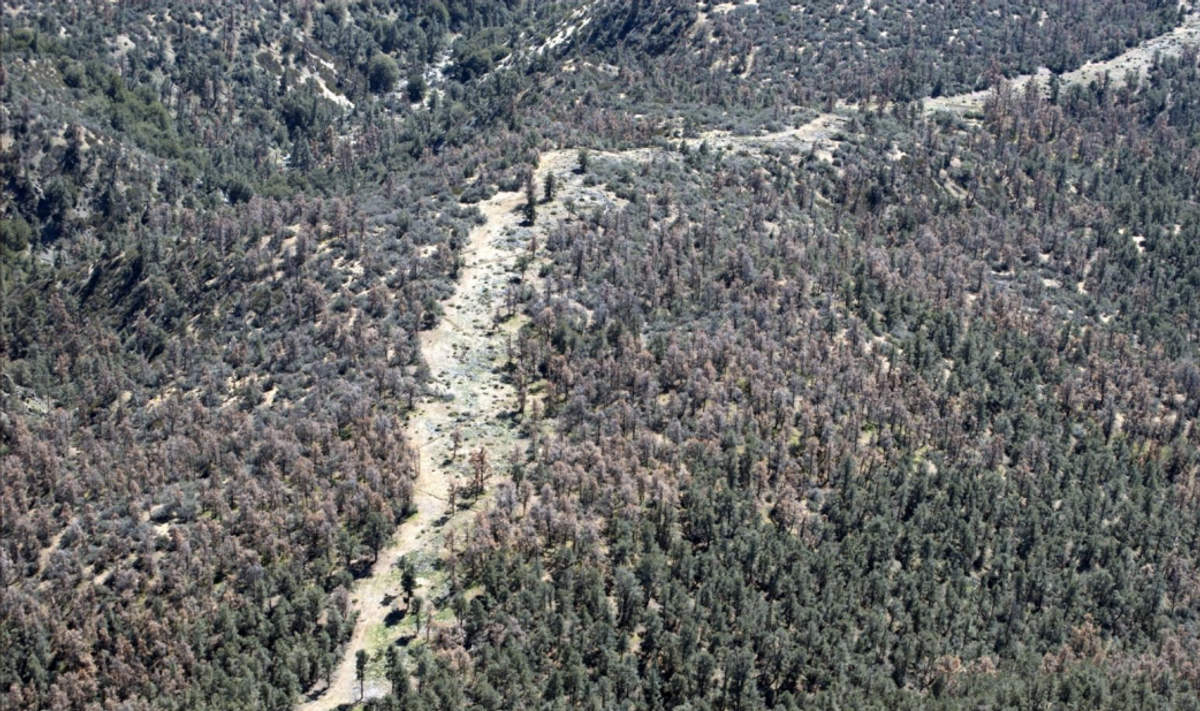 Extreme drought in California has killed 12 million trees in the past year alone, federal officials say.

That difficult to believe number comes from aerial surveys conducted between April 8 and 17 by the U.S. Forest Service. KPBS reports on the findings:

...In Southern California, the researchers tracked more than 4.2 million acres in Cleveland, San Bernardino, Angeles and Los Padres National Forests, where they found an estimated 2 million perished trees. They combed another 4.1 million acres in the Southern Sierra Nevada, where they documented approximately 10 million dead trees. Their findings were compared to similar surveys taken in July 2014, Moore said.

“These dead forests are going to be more primed for any type of fire,” said Brian Fuchs, a climatologist with the National Drought Mitigation Center.. “Also, it’s going to impact water quality as there’s going to be more particulate that will go running off these hillsides into the rivers and streams.”

But the findings also highlight a longer-term trend: the die-off of California's big trees, like the Jeffrey pine. Half of such trees, according to a recent study, have disappeared since the 1930s -- and these are figures that weren't able to take the most recent events into account. Logging, development and fire suppression techniques all played a role in the deforestation of the state, scientists with the state Department of Fish and Wildlife say, but the greatest losses, including those of trees in protected areas, could be attributed to water shortfalls: increased evaporation caused by rising temperatures and earlier snowpack melt have, over the years, decreased the amount of available water. It's a pattern the researchers warn will continue in a warming world.

The loss of big trees, in particular, will be felt by larger ecosystems: they're more resistant to wildfires, and provide homes for a number of important species. Most importantly, they store carbon dioxide from the atmosphere.

“When you start thinking about what it takes for a tree, which is usually a fairly hearty type of plant to die off, it’s telling you a pretty clear signal of just how intense the drought has been,” commented Fuchs. It's a frightening sign, too, of what California may face in the future.