"We are assured it is a military training exercise," he said. "I have no reason to doubt those assurances." 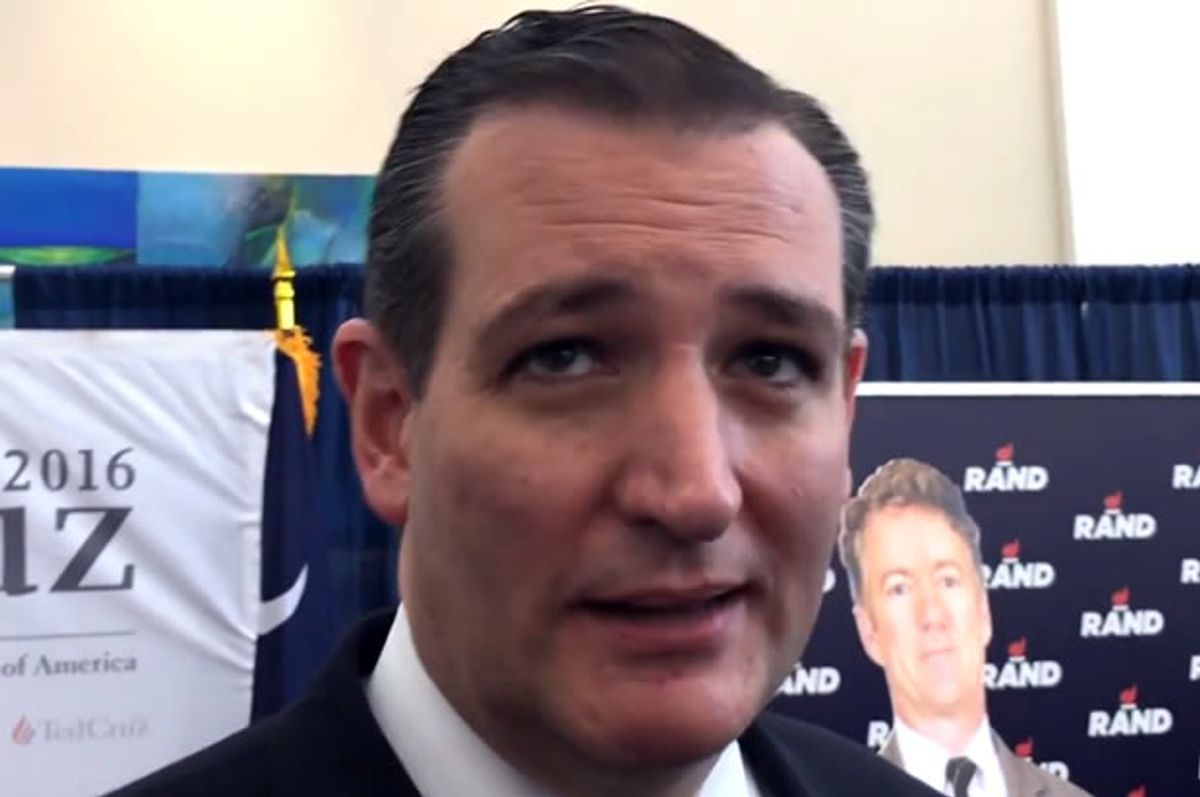 Republican presidential candidate Ted Cruz told Bloomberg Politics' David Weigel on Saturday that he understands why Texans are concerned that the 2-month-long joint military exercise known as Jade Helm 15 might signal the end of their state's sovereignty.

"My office has reached out to the Pentagon to inquire about this exercise," Cruz said. "We are assured it is a military training exercise. I have no reason to doubt those assurances, but I understand the reason for concern and uncertainty, because when the federal government has not demonstrated itself to be trustworthy in this administration, the natural consequence is that many citizens don't trust what it is saying."

At a meeting in late March, residents of Bastrop told the Austin American-Statemen's Sean Collins Walsh that they feared that the military would implement martial law during the exercise, because, as Bob Wells said, "it's the same thing that happened in Nazi Germany -- you get the people used to the troops on the street, the appearance of uniformed troops and the militarization of the police."

"They're gathering intelligence," Wells continued. "That's what they’re doing. And they’re moving logistics in place for martial law. That's my feeling. Now, I could be wrong. I hope I am wrong. I hope I'm a 'conspiracy theorist.'"

Wells' hopes notwithstanding, conspiracy-mongers like Alex Jones are responsible for many of the concerns he enumerated. Just this morning, Jones posted a video entitled "Jade Helm 15 Is NOT A Martial Law Takeover," in which he said that it is "probably" not an excuse to impose martial law on Texas now, merely conditioning that will allow the Obama administration to do so more easily later.

He claimed to know this because he has anonymous sources within the United States military, and they can be trusted because "they know about the transformation, they know they're being trained for treasonous operations."

Watch the interview with Ted Cruz below via David Weigel.