The new battle of Los Angeles: Stop trying to make "the next Brooklyn" happen

Yes, we know Moby moved here from New York. But the clueless, overeager attitude about L.A. needs to stop 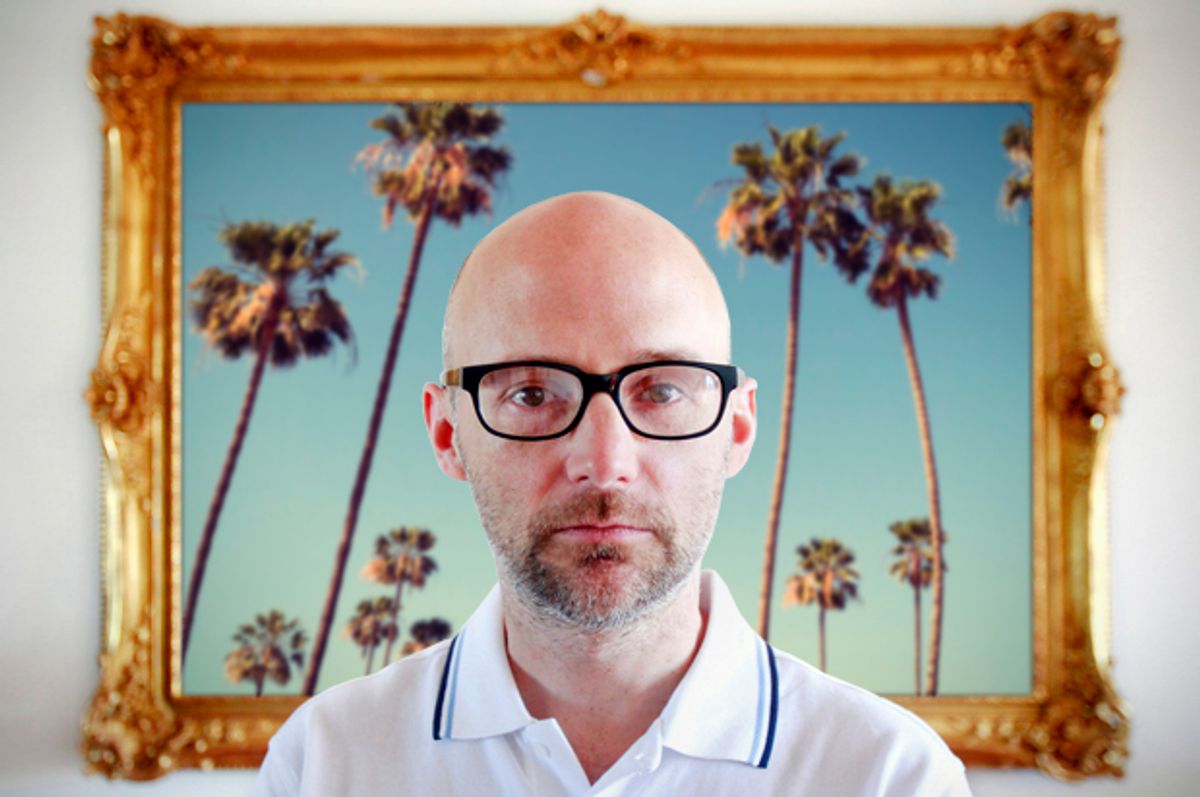 Every six months or so, the New York media – and, often, the New York Times -- declare another city to be “the next Brooklyn.” Astoria, Queens, Jersey City, Harlem, Beacon and Philadelphia have all served the role over the last few years. The latest candidate seems to be many, many miles away, and the Times’ assessment of the place is no closer.

Sunday’s Styles section cover – “Los Angeles and Its Booming Creative Class Lures New Yorkers” online or “Escape From New York” in print – is either a ho-hum not-this-again story or, to some, among the worst ever.

For decades, Californians have endured the condescension of the East Coast press, much of which is simple ignorance but some of which is Puritan in origin. (A character in Don De Lillo’s novel “White Noise” asserts that people outside the Golden State see its cornucopia of natural disasters as divine payback for all the sun-baked hedonism.) Among the things that Californians get tired of hearing is that their state is either the embodiment of the American Dream or the realization of American nightmare. (It’s a bit like the way jazz fans get tired of stories in the mainstream press that announce either that “jazz is dead” or “jazz is back!”)

Angelenos in particular have learned to roll their eyes at sunshine vs. noir portrayal, including those from other Angelenos. And they’re also pretty tired of hearing that New Yorkers have decided that Los Angeles — a city that’s been home to Thomas Mann, Raymond Chandler, Christopher Isherwood, Arnold Schoenberg, Charles Mingus, Joni Mitchell, Ed Ruscha, Joan Didion, Wim Wenders and many others — is not a synthetic, anti-intellectual hellhole where you get to make a right turn on red.

The Times story, by Alex Williams, was intended to be affectionate, cheeky, perhaps even ironically adoring in its way. New Yorkers are dropping their resistance to the place, it began, and the city has become “the flight fantasy of choice” of a certain kind of young, cool, creative New Yorker.

To anyone old enough to have seen “Annie Hall” on the big screen, such a notion sounds like apostasy. For generations, Los Angeles served as a punch line to any self-respecting New Yorker. “Just a big parking lot,” as John Lennon reportedly said; a “triumph of the garish,” as Paul Rudnick wrote. Andy Warhol claimed to embrace the city, but only because “everybody’s plastic.” “I love plastic,” he added.

The old East Coast and Gray Lady mind-set, clearly, can inflect itself in curious ways. A longtime observer of the shallowness of New York coverage of California is the journalist David L. Ulin, who edited “Writing Los Angeles: A Literary Anthology” for the Library of America. "John Gregory Dunne eviscerated this view of Los Angeles forty years ago in his terrific essay 'Eureka,’ " said Ulin, a former New Yorker who long ago went native. "It would have been useful if this piece had taken account of that, rather than recycling such tired and parochial cliches."

The Dunne piece, from 1978, when he and Didion were living in L.A., is indeed a blast -- perceptive and at times hilarious. He describes his own disorientation upon arriving 14 years previous, talks about the way Easterners tend to dig San Francisco (in many ways Yankee in tone) but can’t figure out “that space-age Fort Apache five hundred miles to the south.”

He described part of the problem with capturing the place. “Los Angeles is the least accessible and therefore the worst reported of American cities,” he wrote. “It is not available to the walker in the city. There is no place where the natives gather. Distance obliterates unity and community. The inaccessibility means that the contemporary de Tocqueville on a layover between planes can define Los Angeles only in terms of his own culture shock.”

The Styles piece moves in the contours he describes. The latest required reference in a story about L.A. from out of town – the equivalent of the old pieces that had to mention religious wackos, est, or outlandish cults – is Moby, and here “Escape From New York” does not disappoint.

Moby, the techno pioneer who was born on West 148th Street and molded by the East Village, confessed in the The Guardian last year that he had not only moved to Los Angeles, but become such a “clichéd Angeleno” that he taunts New York friends with photos of himself by the pool in February.

“I was so accustomed to the city’s absurd cult of money that it took me years to notice I didn’t have any artist friends left in Manhattan,” he wrote. Los Angeles, by comparison, is now where young artists “can really experiment, and if their efforts fall short, it’s not that bad because their rent is relatively cheap and almost everyone else they know is trying new things and failing, too.”

Well, given that thousands of Angelenos had their homes foreclosed in the wake of the financial crisis, that the city has the largest number of homeless people in the nation (much of it based in that funky downtown the story mentions), that California has a prison population that rivals some totalitarian countries, and that home prices are now out of reach of the majority of the city’s population with rents not far behind, it’s not clear what Moby means of the ease of “failing” here. Being told that Lena Dunham has just bought a Hollywood house that used to belong to George Peppard for just under $3 million does not explain why non-millionaires are moving here.

By way of conclusion and full disclosure, I should mention that I am an Eastern-reared, New England-educated, Moby-and-Woody-Allen-digging dude similar in many ways to New York Times staffers and subscribers. (In fact, I’ve written a few pieces about California for the Gray Lady.) But living in Los Angeles, and seeing what the Eastern press consistently got wrong, led me to edit an anthology about the city’s writers and poets a dozen years ago, “The Misread City,” and when I began a blog in 2009 I recycled the title. Back then, it seemed worth making the point that West Coast culture, especially in L.A., was complex and varied and had a fine arts- and classical music scene — and literary heft, if you knew where to look – and it had for decades. Increasingly, I didn’t need to shout quite as loudly.

About a year ago, I gave up the old blog, and moved on to a new one, Culture Crash, about the decimation of the Anglo-American creative class, which seemed to me a far more pressing topic for the post-Great Recession world. It was tough to let The Misread City go, but the battle of Los Angeles – in which I was only a foot soldier, at best a lieutenant – was won years ago.

“Escape From New York,” though, makes me wonder if I’ve spoken too soon.