Renner makes light of his comments, explaining that he's gotten himself into some "Internet trouble" 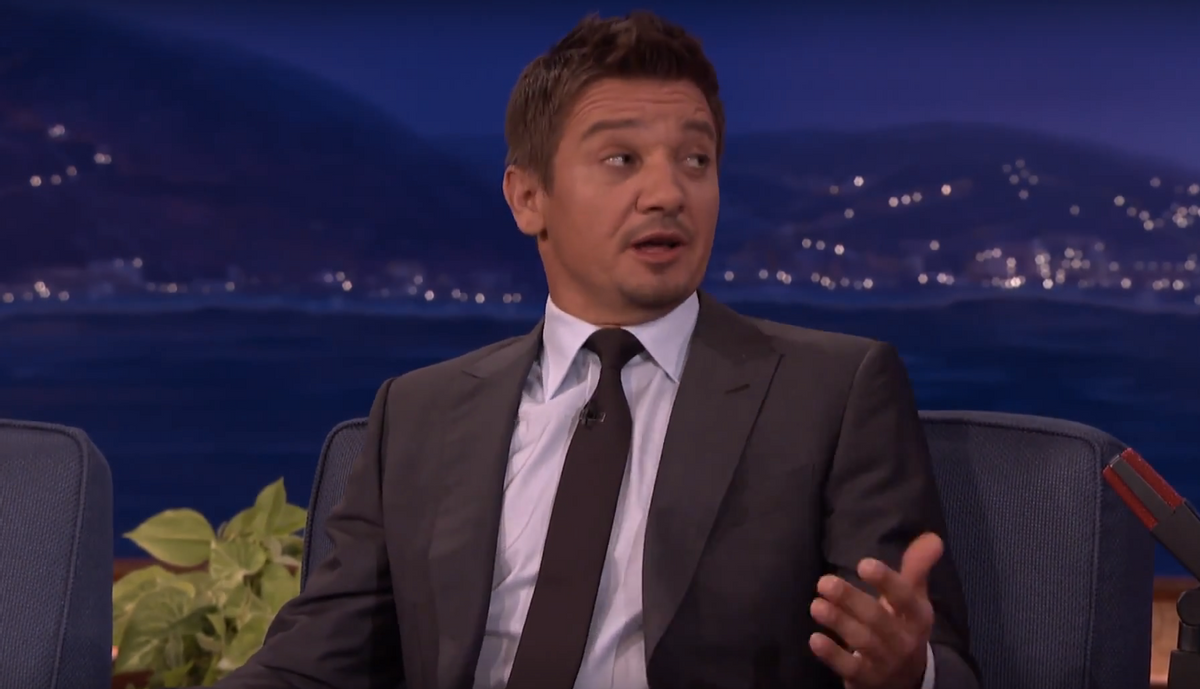 Last month, Jeremy Renner and "Avengers" co-star Chris Evans came under fire for "jokingly" referring to their fictional cast mate, Black Widow, as a "slut" during a junket interview. Both issued formal apologies for acting like gross frat boys following the incident, but now, the saga continues: Renner revisited these comments on "Conan" Monday and defended the idea that Black Widow is a fictional character and, therefore, he should get a pass.

Renner also tried to make light of the situation, telling Conan that he'd found himself in a lot of "Internet trouble." Conan's in-studio audience laughed along.

“Yeah, it was a joke. Off-colored. Whatever. I’m unapologetic about a lot of things, but I got into a lot of internet trouble," Renner told Conan. "Because that’s a thing now, you can get in."

He continued: “Mind you, I was talking about a fictional character and fictional behavior. But, Conan, if you slept with four of the six Avengers, no matter how much fun you had, you’d be a slut,” Renner said. “I’d be a slut.”