Barack Obama & David Letterman plan their retirements together: "I would really like the idea of playing some dominoes with you" 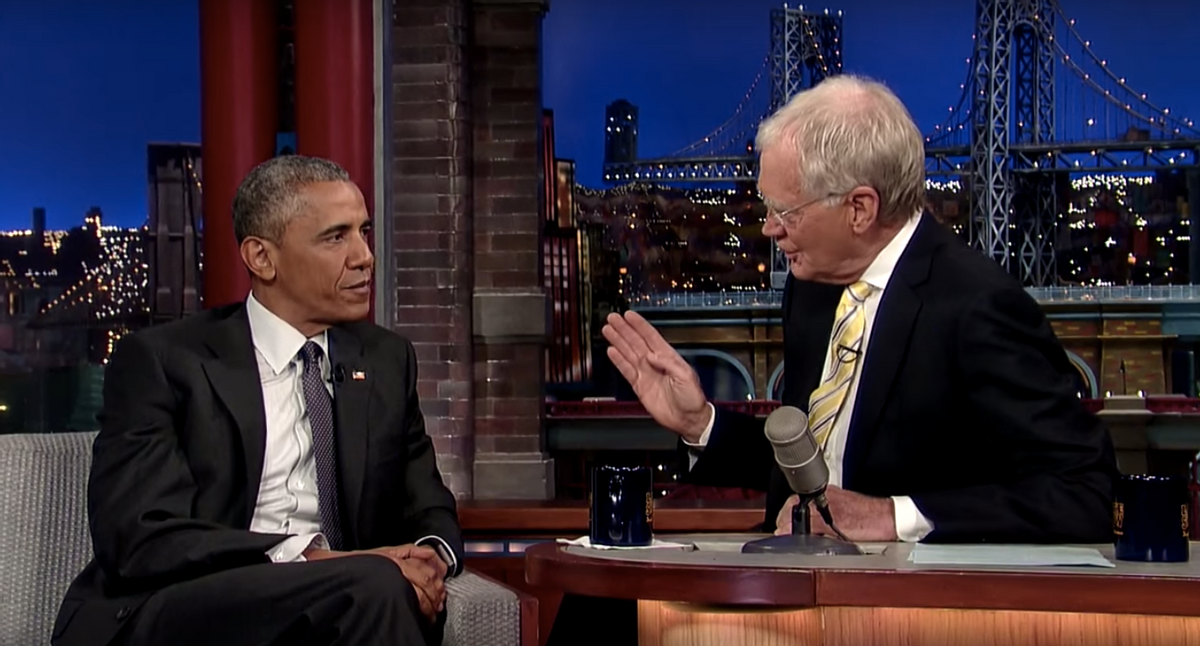 This marked the president's eighth visit to the show during Letterman's 33-year run. In one rather heart-felt moment, Obama told the late night host: "After a tough day at the office or coming home from work, knowing that you've been there to give us a little bit of joy and a little bit of laughter, it has meant so much. You're part of all of us. You've given us a great gift and we love you."

Then, for a few minutes, the two switched gears to speak seriously about the riots in Baltimore. Obama told Letterman that he felt police officers were being put in a "really tough spot," asked to "just contain the problem."

“It is important that now that charges have been brought in Baltimore that we let the process play itself out,” Obama said. “Those officers have been charged and they deserve to be represented and to let the legal system work its way through. We don’t have all the facts yet and that’s going to be presented in a court of law.”