Tom Brady probably knew about the deflated balls, according to NFL report 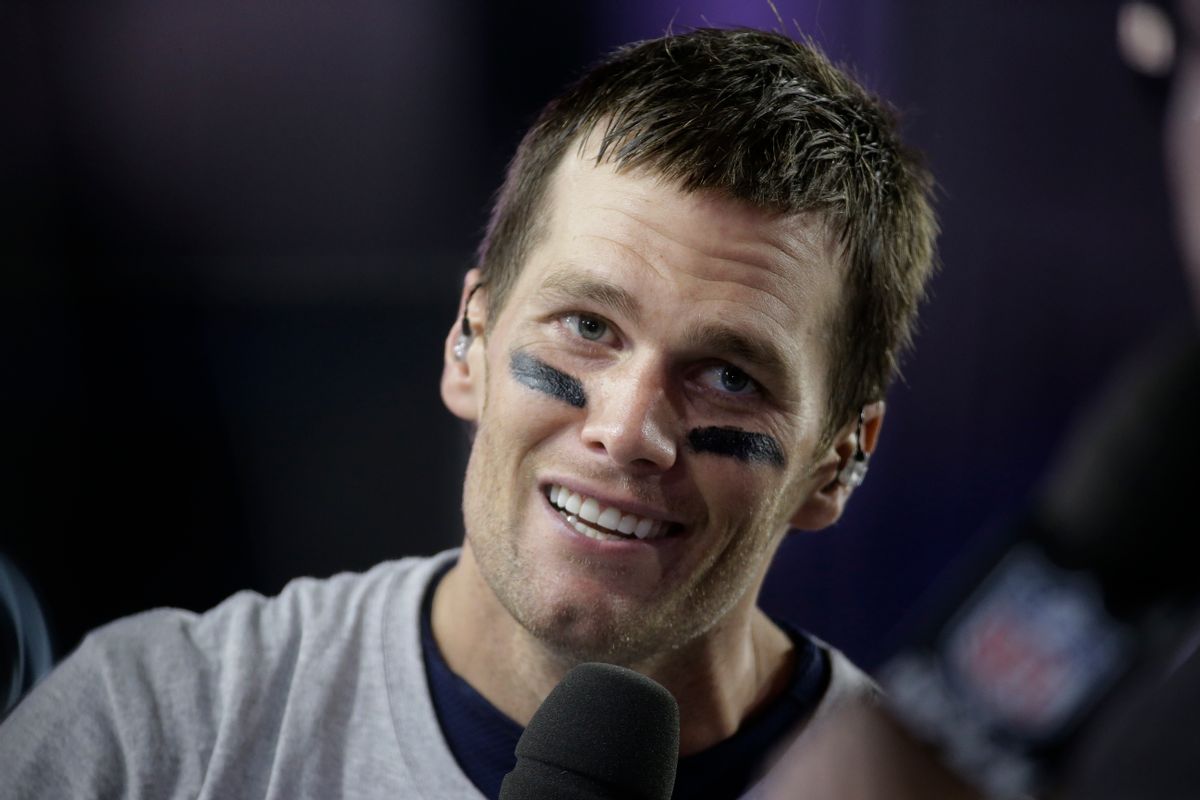 A new investigation conducted by the NFL has determined that New England Patriots quarterback Tom Brady, 37, was "at least generally aware" that a number of footballs had been illegally deflated before January's AFC Championship, causing the public scandal that will remain in our hearts as Deflategate  until Brady does something else remotely noteworthy.

The report says that "it is more probable than not" that the equipment assistant and locker room attendant "participated in a deliberate effort to release air from Patriots game balls after the balls were examined by the referee."

The report includes text messages between McNally, the 48-year-old officials locker room attendant for the Patriots, and Jastremski, a 35-year-old equipment assistant, in which McNally outs himself "the deflator" and the two friends discuss Brady's complaints about the inflation level of game balls in an Oct. 17 game against the New York Jets.

Brady, 37, signed autographs for the pair after the Patriots' divisional playoff win against the Baltimore Ravens in January, the report said, and communicated with McNally by phone or text message "with significantly increased frequency" in the days after suspicions arose publicly — conversations that were then shared in texts between McNally and Jastremski.

The report continues to say that "there is less direct evidence linking Brady to tampering activities than either McNally or Jastremski," but investigators "do not believe that [McNally or Jastremski] would personally and unilaterally engage in such conduct in the absence of Brady's awareness and consent."

The Patriots beat the Colts 45-7 in that championship game and later won the Super Bowl against the Seahawks.

"I would never do anything to break the rules," said Brady following the incident.

"Throughout the process of this nearly four-month investigation, we have cooperated and patiently awaited its outcome," said Patriots owner Robert Kraft, who likely was unaware of Deflategate until after the fact. "To say we are disappointed in its findings, which do not include any incontrovertible or hard evidence of deliberate deflation of footballs at the AFC Championship game, would be a gross understatement."