Breastfeeding in public is not indecent: This restaurant got it wrong — but then they made it right 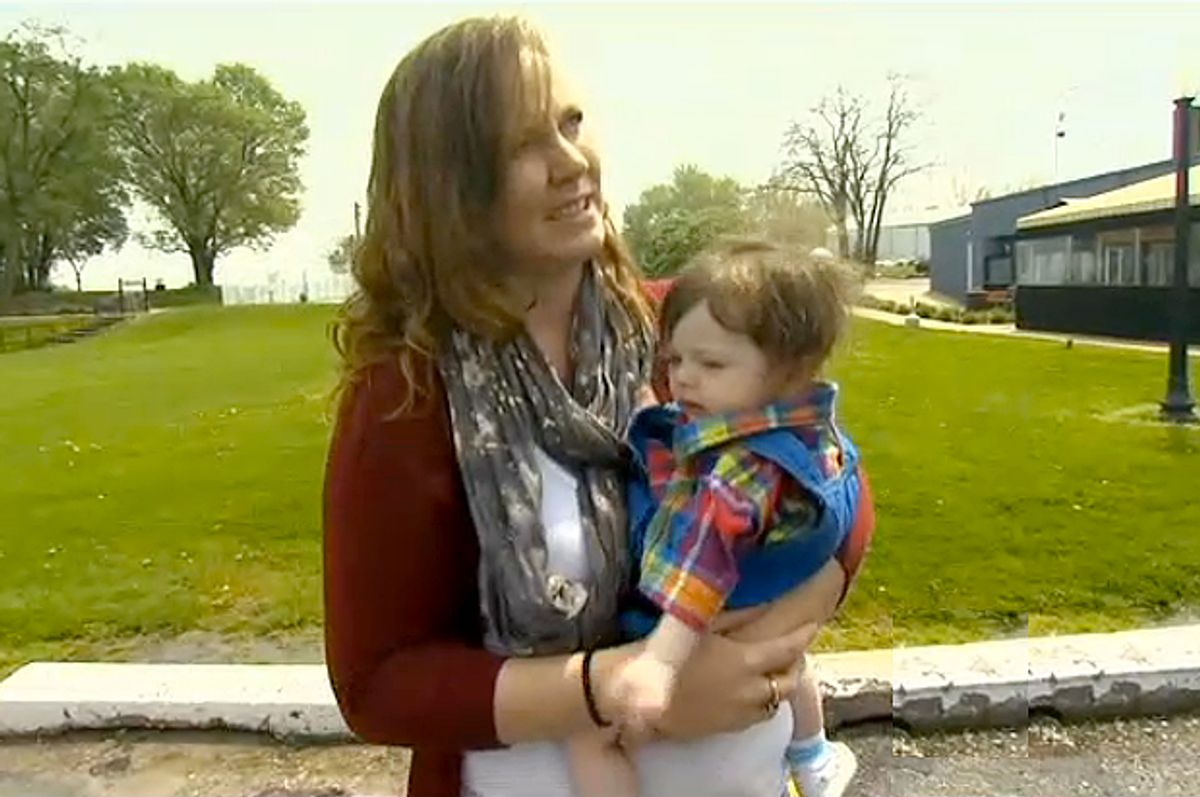 Because so many people are so very bad at the simple act of issuing a sincere acknowledgment of error and apology for it, let us today give due praise to the owners of Big Fish Grille in Wilmington, Illinois, for not compounding a bad action toward a mother and child with a bad mea culpa. Instead, they nailed it.

But first, here's how they screwed up. As patron Kristal Snow Tomko first posted on Facebook last Sunday, she and her family had gone to the restaurant earlier that day "to celebrate my baby brother taking a tech job in Denver." She said, "We were seated and ordered and sure enough, my 6-month-old threw a tantrum and was ready to eat. Naturally, I began feeding my baby as I always do, everywhere. I breast feed. Really not ever been an issue. Until today." She said that she was asked to either cover up or continue nursing in an empty part of the restaurant or the restroom. "I was made to feel embarrassed and shamed," she said, "as if I were doing something wrong. I went quietly and quickly to my van where I cried and nursed." And, she added, "I got what I would call a pseudo-apology, but I still can't believe it." As the Daily Journal points out, "Every state but Idaho allows women to breastfeed in public and 29 states, including Illinois, specifically removes breastfeeding from public indecency laws." And as Tara Haelle reasonably asserts in Forbes, "There is no polite, reasonable or respectful way – at all – to ask a woman to cover up or move elsewhere while breastfeeding."

Early in the week, owner John Mathias told the paper that his manager made the request after two separate tables "expressed discomfort." Shockingly, none of this was especially well-received a whole lot of local families, who promptly coined the hashtag #BigFishFail and vowed to stage a nurse-in at the restaurant. And because this is social media, where some people will always leap at any opportunity to be a bully, Mathias also noted that "upset mothers post hurtful messages and phone messages threatening to kill me, break in to destroy property, hope we go out of business etc. This business has been supporting families in this community for years, giving to there charities, employing mothers, young people, etc. They do not deserve to fear to come to work. Or be threatened that they can not make a living." No, they do not. Not ever, under any circumstance.

But then, just when this seemed to be turning into another "Agggggh everything is terrible" tales of clueless business owners and out of proportion Internet mob justice, the story took a turn. On Wednesday, Mathias updated his Facebook post to say, "I must apologize for posting the previous statement while exhausted and emotional in the days following our #BigFishFail and I assure you that our actions will speak for us as we move forward." And then later, he followed up with more detail, saying in a new post, "This past Sunday, we really pulled a #BigFishFail when one of our guests, a nursing mother, was made to feel less than welcome. It took a lot of educating (in both constructive and not so constructive forms) from not only those in our community but around the world, and we realize that we not only made poor decisions on Sunday, but my own responses were not well thought out. Big Fish Grille and I support the rights of nursing mothers and would like to offer a sincere apology to our guest for her recent experience. We are contacting local groups to set up training for our team members on local statutes to ensure that we are ALL educated and aware of the rights and feelings of nursing moms. We are proud to host the Nurse-In being planned at our location this Saturday, May 9. The first 50 nursing mothers to attend will be given a Big Fish onesie and all mothers who bring a child will also receive a small token to show our appreciation for mothers everywhere, whether they choose to breastfeed or not." Watch and learn from it, folks. That's how it's done.

It's true that the announcement did not please everybody, likely because some people seem to really enjoy being perpetually unsatisfied. There are commenters now angry because they believe the gesture is insincere, and those who are angry at the restaurant for "backing down" on those "self entitled" mommy types. But to many others, it was immediately received enthusiastically as a serious effort at making amends. As the always excellent Sorrywatch notes, a good apology shows an understanding of what the error was and the effect it had, an assurance of not repeating it and a gesture of amends. It also ought to contain the words "apology" or "sorry" — and without the phrase "you feel that way" after. Big Fish thoughtfully hit all those marks with grace. That's a smart business move, but it's also a statement of evolution and intention. And it turned #BigFishFail into a #BigFishWin.