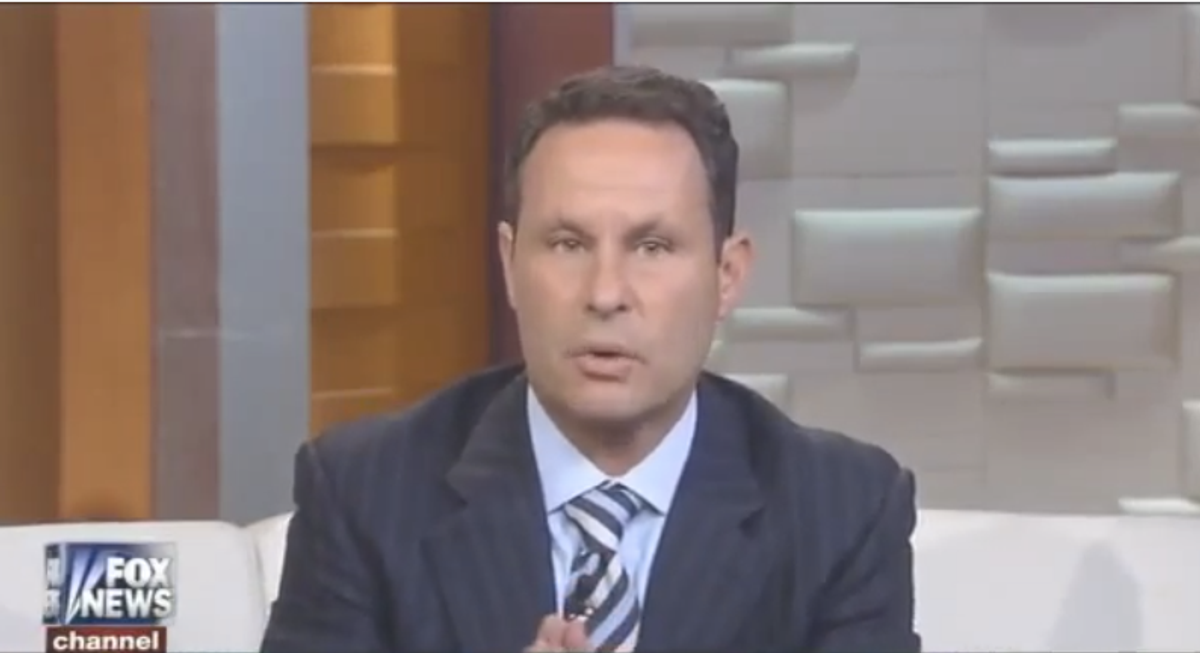 "Fox & Friends" host Brian Kilmeade acknowledged his own sexism on Tuesday, when he criticized the extent of Title IX legislation to protect the rights of female students.

Lambasting a Las Vegas group demanding that a school take down a sports shed designated specifically for boys, Kilmeade diminished the need for laws to enforce gender equality in educational environments and on sports teams because girls are "better at fundraising" than boys. The building was fundraised privately and is being criticized by opponents who say it violates Title IX; whether or not that's the case has yet to be determined. Either way, the Fox News host took a strange approach to defending the structure's exclusive use for male student athletes.

"I have two girls, I have nothing against girls' sports teams," Kilmeade said. "But girls are even better at fundraising than boys for the most part. They're more enthusiastic, more dedicated -- and I'll be sexist in saying that."

"So they can raise their own [funds]," he added. "Are they resentful...or is this all coming from the district?"