Our deranged, amoral football obsession is killing us: Brain damage, accused rapists, convicted murders -- now Tom Brady and the "integrity of the game"

Integrity? Of a game that looks the other way as athletes maim themselves, we cheer, and corporations mint cash? 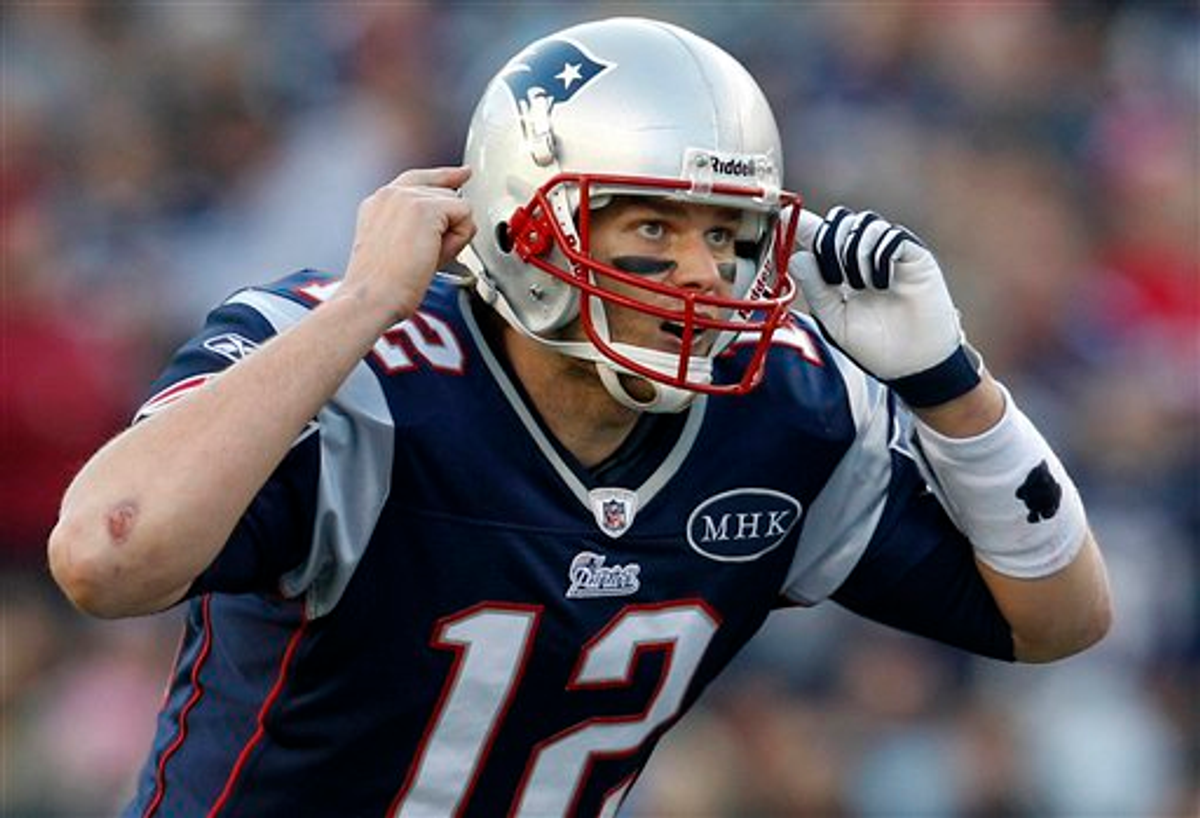 The NFL’s decision to suspend New England Patriots quarterback Tom Brady four games for criminal ball deflation has made at least one thing crystal clear: football is more important to the American media than any other single cultural narrative.

There is simply no other way to explain the assload of coverage that this story has generated, which I hereby predict will eventually eclipse—in terms of air-time and column inches—coverage of our war in Afghanistan.

I’m actually not joking, and I eagerly urge the folks at Pew Research to wait another six months (as the endless appeals and post-mortems pile up) and then crunch some numbers on this, if for no other reason than to concretize the pathetic extent to which football has hegemonized our free press.

The basic plot here is laughably simple: a hyper-competitive human being, indoctrinated into a win-at-any-cost culture, sought a small, illegal advantage (deflating balls to make them easier to handle and throw) got caught, and lied.

The man tasked with publicly scolding Brady, Troy Vincent, is a former NFL cornerback who might have defended Brady just a few years ago, when he was a fellow player.

As an NFL exec, however, Vincent’s first and only job is to “defend the Shield,” the phrase Commissioner Roger Goodell uses to explain his zeal in protecting football from bad PR.

And thus Vincent was compelled to write his old teammate a letter stating that Brady’s actions “clearly constitute conduct detrimental to the integrity of and public confidence in the game of professional football. The integrity of the game is of paramount importance to everyone in our league…”

The emphasis on integrity here is quite intentional. It is, in fact, the foundational myth upon which the NFL is built. Because while the game of football remains an indisputably thrilling spectacle, the football industry (and in particular its lodestar, the NFL) has become, quite openly, a cesspool of deranged values. What else can be said of a nihilistic corporation that profits via the crippling of its players, fleeces the public at every turn, and joyfully promotes macho, medieval violence as wholesome family fun?

For those of you who think I’m making wild, baseless assertions, I hereby submit the following stories for your consideration, all of which came out in the weeks after Deflategate broke, and received far less coverage.

In February, former Hall of Fame running back Tony Dorsett confirmed that he was suffering from chronic traumatic encephalopathy (CTE), a degenerative form of dementia that has been found in a growing number of retired players. “I signed up for this when, I guess, I started playing football so many years ago,” Dorsett said. “But, obviously, not knowing that the end was going to be like this.”

In fact, Dorsett did not sign up for this. When he entered the NFL, in 1977, the league’s official position was that there was no relationship between football and brain damage. The league later spent years cooking up bogus studies meant to obscure the neurological dangers of football—i.e. the Big Tobacco strategy.

But medical research, along with a lawsuit filed on behalf of thousands of ex-players, forced the NFL to admit this past fall that its own actuaries predict up to 30 percent of former players will meet the same fate as Dorsett.

Nearly a third of the employees in our most famous workplace will wind up with brain damage. Tens of millions of Americans will cheer. The NFL and its fleet of corporate sponsors will make billions off the delayed carnage.

How’s that for “the integrity of the game,” sports fans?

In March, a rookie linebacker named Chris Borland, on the verge of superstardom, became the first player ever to retire from the NFL specifically citing a fear of brain disease.

The danger is hardly limited to the NFL, though. Reporters at The New York Times and elsewhere continue to churn out chilling profiles of former college players whose minds were ravished by the sport, though they never earned a cent.

One, Ryan Hoffman, is now homeless and clearly suffering from brain disease. Another, Patrick Risha, killed himself while on the phone with his mother. His brain showed signs of CTE. He was 32 years old.

One pro player who may not have to worry about so much about CTE is Aaron Hernandez, a former star tight end who was found guilty of murder last month and sentenced to life in prison. Just yesterday, he was charged with shooting a former friend in the face and leaving him to die, allegedly because this friend witnessed another double murder committed by Hernandez.

Hernandez was a dangerous dude back in college. But his remarkable play on the gridiron allowed him to avoid punishment for a remarkable array of violent outbursts and failed drug tests.

Of course, the NFL—a league so deeply concerned about integrity—would never allow such a walking felony to besmirch its good name, right? The Patriots snapped up Hernandez, built an offense around him, and gave him a $40 million contract.

It should come as no shock, then, that the No. 1 overall pick in last month’s draft was a talented quarterback, and accused rapist, named Jameis Winston. Hey, it’s not like he killed anyone.

A couple of other charming dispatches worth noting. The first involves those salutes to military “hometown heroes” seen at so many NFL games. As it turns out, the Department of Defense pays the NFL millions of dollars to stage these heartwarming little interludes. Because nothing says “public integrity” like charging taxpayers for military propaganda.

Of course, Commissioner Roger Goodell is not blind to the perception that the NFL’s only abiding motive is the bottom line. That’s why, just a few weeks ago, that the league would give up its tax-exempt status.

You might wonder how it is that the NFL—which generated revenues approaching $10 billion last year—ever attained tax-exempt status. The answer is pretty simple: lobbyists. In 1961, a group of them, dispatched by Commissioner Pete Rozelle, convinced Congress to classify them as a “business league,” sort of like your local Chamber of Commerce. All you need to join this league is, say, an extra billion dollars lying around, and at least a dozen current owners on speed dial.

In announcing the decision to give up tax-exempt status, Goodell cited it as a “distraction.” That’s the code word rich men use when they mean “bad PR.” It doesn’t hurt that this new policy will allow Goodell to hide from public view his bulging salary, for which he is routinely excoriated. (He earned $44 million a few years back, which probably helped soothe his hurt feelings.)

I could go on. And on. But what’s the point?

This is simply how the football operates in our culture. The NFL’s sense of “morality” is defined entirely by what it can get away with.

And who can blame league officials? After all, these guys are businessmen, not role models. They produce a savage, beautiful form of entertainment to which fans are so deeply addicted that they could essentially care less about the sport’s moral abominations. So why not trumpet your “integrity” in cracking down on some ginned up scandal that is a direct result of the league’s merciless cult of winning.

Sure, it’s completely absurd, a fantasy bloated with the stale air of mass delusion. But in the America of 2015, who’s going to deflate it?