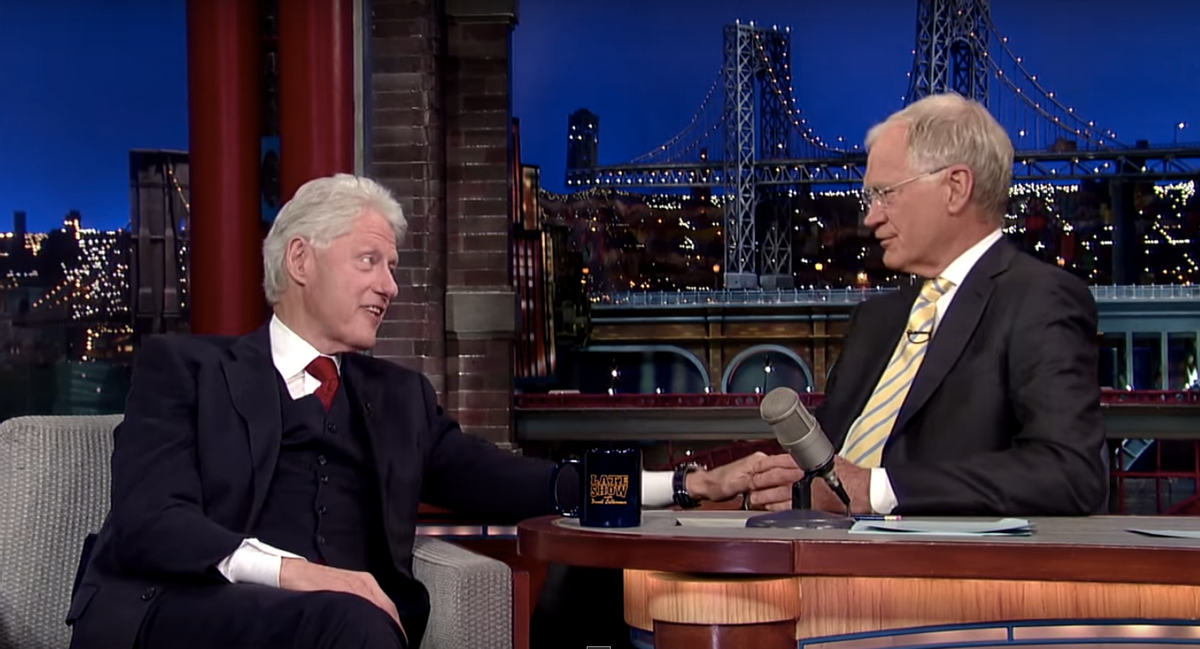 Former president Bill Clinton is "100 percent" up for moving back into the White House and becoming the "First Man," but under one condition: Hillary will have to ask him first.

David Letterman got right down to business with Clinton on Tuesday night's "Late Show," asking him point-blank what the likelihood would be of him moving back to 1600 Pennsylvania Avenue.

"If she wins the election, the chances are 100 percent that I'll move back," Clinton said.

Clinton also relayed some campaign advice to Letterman that he'd given to his wife: "I tell her to just go out there and have a good time. Tell the American people what you want to do, explain what the challenges are from her point of view, and just be grateful. We've had a wonderful life."