Here's how we make Twitter suck less: The bold steps needed to drain the misogynistic cesspool

A new report from Women, Action and the Media includes major recommendations to address abuse 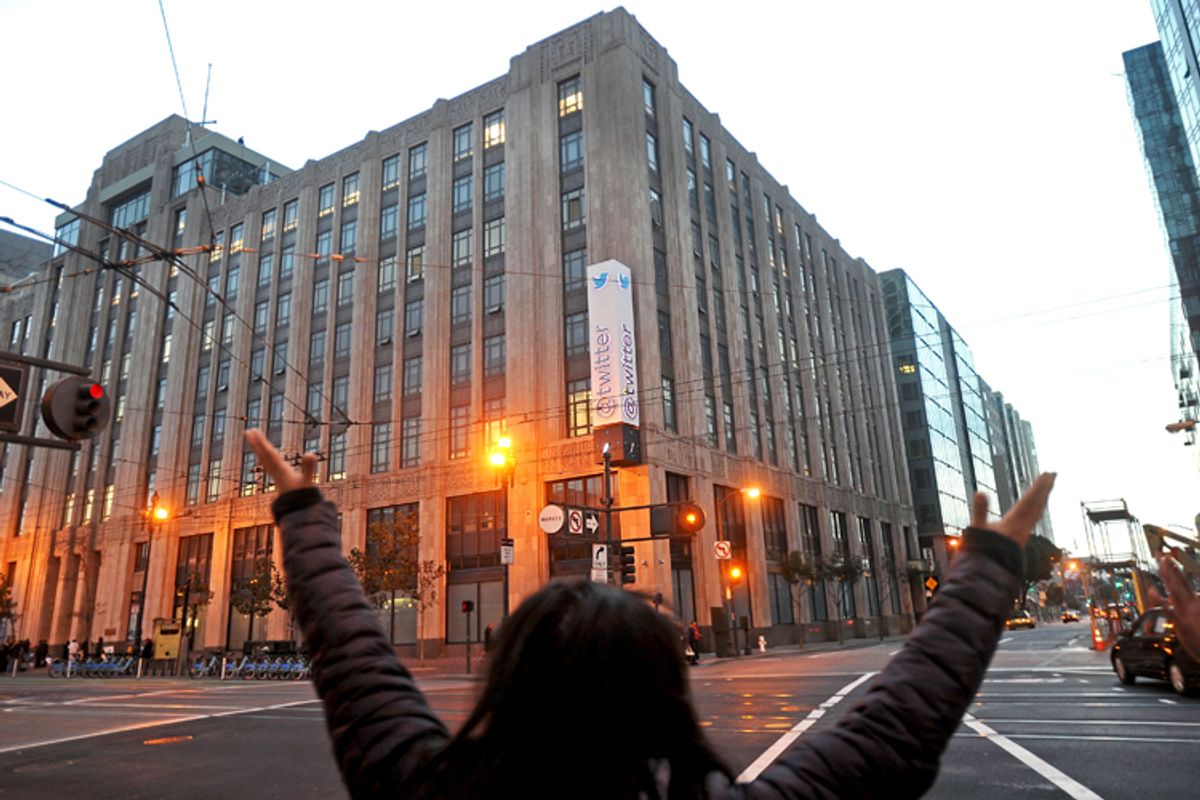 It has been six months since Women, Action and the Media first announced the death of free speech (rest in power, free speech) and the untimely demise of men’s happiness on the Internet (ditto, men’s happiness on the Internet). The earth beneath our feet has shifted, brother has turned against brother, the lion and the lamb something something etc., and all that is left to do now is take stock of the carnage and mourn for what we lost.

Just kidding, you guys. Twitter is still a cesspool and the censorship free for all that some people, uh, dished about never came to pass. Women, Action and the Media (WAM) announced in November that they had partnered with Twitter to collect, flag and analyze abuse reports with the goal of publishing recommendations on how the platform might better address harassment. That report was released Wednesday, and it’s a comprehensive little document on an incredibly knotty issue.

There are no quick answers when it comes to making the Internet less terrible for women, but the WAM report offers a remarkably detailed look at the kind of abuse that takes place and the limits of the current system in place to deal with it.

The report is 60 pages long, but if you want the quick version it goes something like this: harassment is a problem, a slippery and unruly one. It doesn’t take a single shape, so the having a single approach won’t cut it. In addition to improving the form used to report abuse, Twitter needs to allocate more time and staff resources to engage with users about the abuse they've reported. The process, rather than a simple form to submit and be done with, needs to be more of a conversation. Twitter itself needs to change, too. Like the rest of tech, the lack of diversity among its staff is part of the problem.

Documenting and categorizing the range of threats is one of the most fascinating parts of the report. If you take an isolated tweet that says “dumb bitch” or something like it, it can be hard for some people to understand why women might feel threatened or silenced, but contextualize it with months and years of sustained harassment that takes precisely this form (and a lifetime of patriarchy but you know whatever), and it becomes clearer why some women abandon the platform to protect their safety and mental health.

But a stream of nasty but not exactly threatening tweets is only part of it, and misogyny has many faces on the Internet. There are the tweets that are rape threats, the ones warning that the person knows where you live, the one’s that tell you that “you’re ugly” or “lol you’re an idiot but I’d still fuck you," the person who is tweeting you and emailing you at your work account and commenting on your articles. The effect can be cumulative, and that’s hard to reflect in a single report about a single tweet.

And this is where the recommendation that reporting become a conversational process comes in. Because the person reporting dog-piling harassment (when the abuse is coming from multiple accounts and happens at the same time) is going to have different needs than a person reporting threats across platforms or doxxing. Creating a reporting interface with room for that kind of subtle distinction -- so that harassment is visible and taken seriously even if it doesn’t fit a certain type -- is tricky business, indeed.

And dealing with harassment is often playing a game of catchup, as the report points out. Particularly when it comes to “tweet and delete” harassment -- putting something up for a second, then deleting it before it gets reported. The current model requires links to the offending tweet. So if a man doxxes a woman and then deletes the threat a little while later, a screenshot of the tweet won’t cut it as evidence.

The WAM report noted this, and recommended a fix that deals with the reality of how this harassment tends to work:

Twitter currently requires URLs and rejects screenshots as evidence; consequently, Twitter’s review process doesn’t address ‘tweet and delete’ harassment, which often involves doxxing. While Twitter updated its reporting system in February 2015 to accept reports of doxxing, there have been no public changes with regard to the evidence it accepts for harassment reports.

According to Twitter’s current policy on harassment, “direct, specific threats of violence against others” are banned on the platform. But even under that criteria, women were reporting threats about rape and murder that weren’t setting off any alarms or provoking any action from Twitter.

Lindy West wrote something great about this a few months back, detailing the vile and violent threats she’s received that Twitter didn't think were harassment, but she isn’t alone in that struggle. Particularly for women of color on Twitter, the platform’s reporting mechanism has been woefully inadequate at stopping the tide of abuse even when it tracks with what Twitter allegedly prohibits.

Part of the issue here is that most of Twitter’s staff probably doesn’t have to deal with the kind of harassment that they’re trying to root out. It’s harder to solve a problem if the only voices in the room aren’t living with it. If you don't understand the context in which harassment plays out, it's easy to dismiss concerns as oversensitivity.

Twitter’s own 2014 report reveals that its company leadership is 79% male and 72% white. Systemic changes in the hiring and retention of diverse leaders will likely expand internal perspectives about harassment since women and women of color, disturbingly absent, are disproportionately targeted online.

There’s a lot to work with in the WAM report, and it’s a real service to have it. (One that takes its toll on the people behind it. There’s a section in there about the consequences of reading through the very worst Twitter has to offer as part of your job.) But while there are many useful recommendations in the report, it’s clear that the problem doesn’t have an easy fix.

Twitter can and should take these recommendations to heart, but abusers are adaptive. Strategies will shift as policies shift. But Twitter is tech giant with resources that most companies could only dream of. If some asshole in his basement (or fancy office) is outsmarting them, then it’s because Twitter dropped the ball. (Something they've admitted.) Twitter has the WAM report in its hands, the question now is what it plans to do with it.