Jeb Bush referred to his brother as "one of his top foreign policy advisors." This can't be great for his campaign 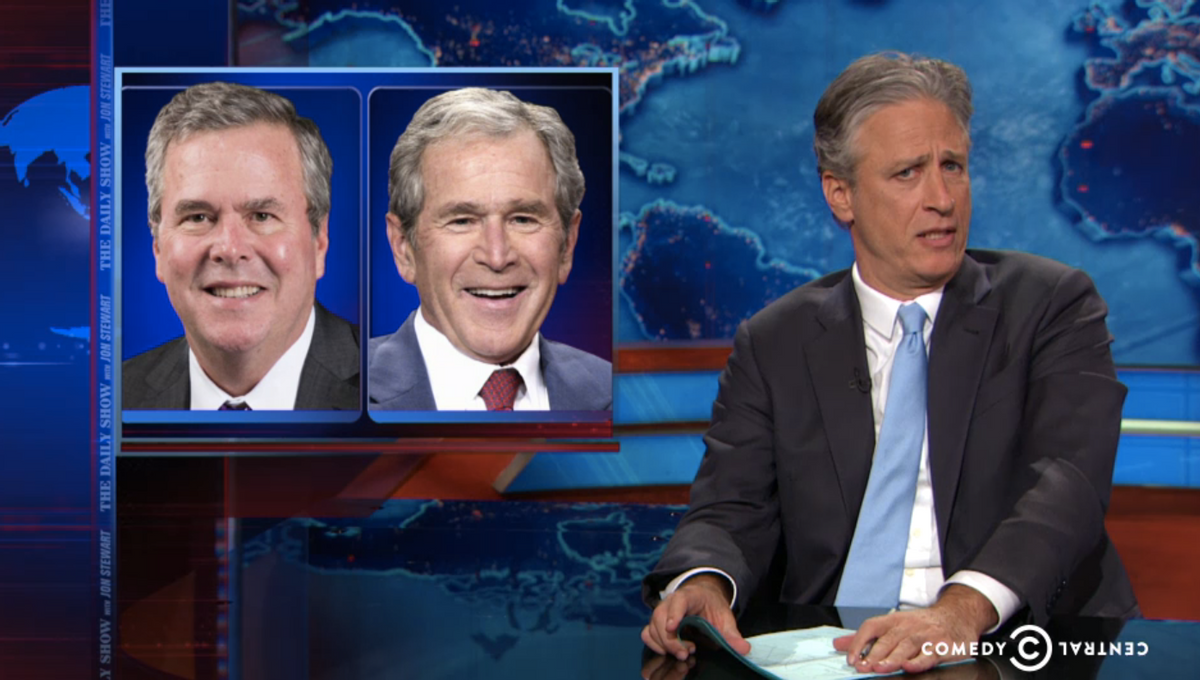 As if frozen in time since 2003, here we are yet again watching Jon Stewart blast a Bush family member for their support of the Iraq War.

Stewart was shocked to learn on Tuesday's "Daily Show" that former Florida Gov. Jeb Bush had been so actively trying to associate himself with his brother's legacy, referring to him at one point as "one of his top foreign policy advisors."

“There’s gotta be a final clause in that sentence, right?” Stewart asked. “Because at this point, I think most of America agrees that when it comes to foreign policy, George W. Bush is an excellent painter.”

The "Daily Show" host offered up one of his famous similes for the occasion: “Long-term, mentioning his brother’s name is like wearing an ‘I F*ck Dogs’ T-shirt during your campaign,” Stewart said. “You might be appealing to a small fringe of dead-enders, but most people don’t want another dog-fucker for president.”

Stewart also rolled a clip of the presidential hopeful's disastrous Megyn Kelly interview from this week in which the Fox correspondent asked Jeb if, "knowing what we know now," he'd have supported the invasion of Iraq. "I would!" he responded.

"When an Iraq War question starts with 'knowing what we know now,'-- 'hell yes I'd still do it' is not an acceptable response," Stewart said. "Sure I'd get on the Titantic again! I mean at the time, it had a terrific buffet!"