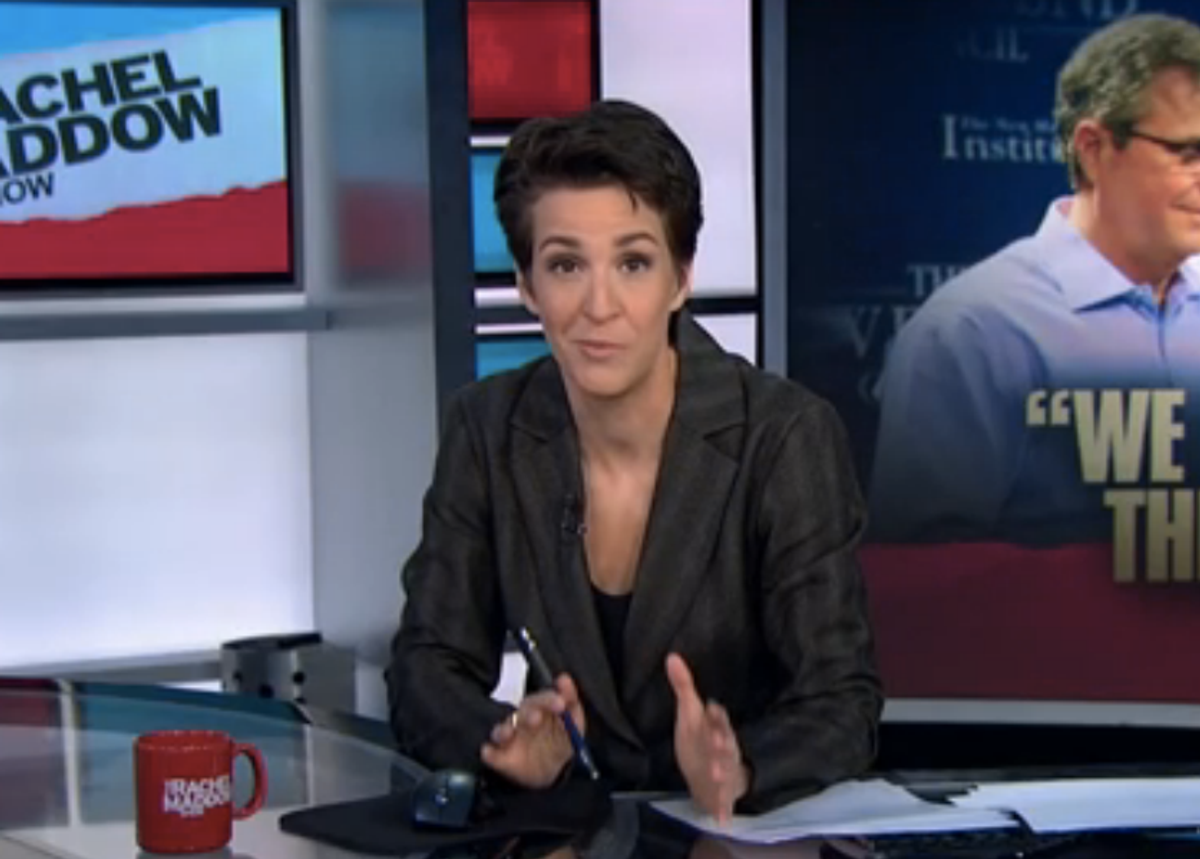 Jeb Bush picked an interesting moment to announce that he would not be attending this year's Iowa Straw Poll on Monday, in the midst of being slammed by media outlets of all flavors for an embarrassing "misunderstanding" of a question about the Iraq War. Perhaps to deflect attention from the flub, Bush declared he would pass on Iowa to attend an event in Atlanta instead. It's a move that's already ticked off Iowa Republicans -- and caught even Rachel Maddow by surprise.

Calling Bush's announcement "a big one-finger salute" to the Iowa GOP, Maddow didn't quite criticize the decision so much as express sheer bewilderment at the move. But the MSNBC host wouldn't call it clever campaigning, or entertain the idea that it might be a way of dealing with the snafu over the Iraq War question. Rather, it's just bad politicking.

"Jeb Bush, by all accounts, is supposed to be the frontrunner for the Republican presidential nomination for 2016," Maddow exclaimed. "Jeb Bush not only has terrible numbers with likely Republican voters, Jeb Bush is, surprisingly, running a terrible campaign so far!"

"He is running a campaign so terrible," she added, "that even his would-be friends in the conservative media seem unable to save him from himself at this point."

Watch Maddow's takedown of the Bush campaign below: