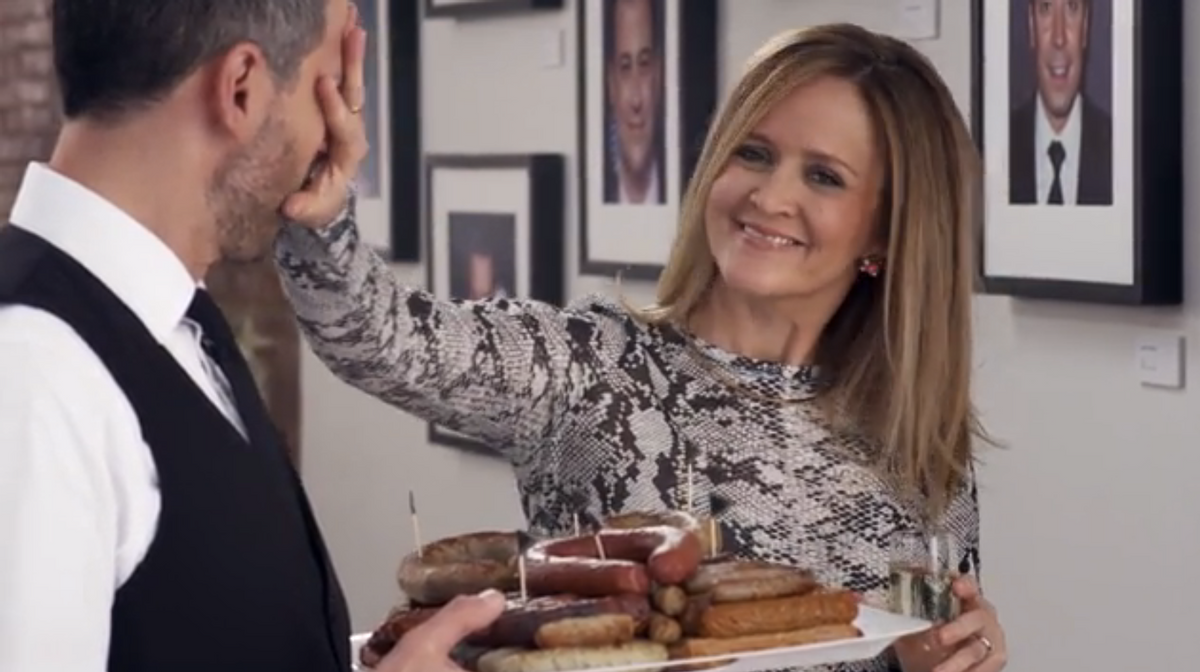 If there's one thing you can bank on with Samantha Bee's forthcoming TBS current events show it's that it won't be a sausage fest.

The Senior Senior Correspondent parted ways with "The Daily Show" only two weeks ago but has already dropped a teaser for her yet-to-be-titled show with hubby Jason Jones. The teaser sends a pretty straight-forward message to viewers: Bee is tired of the the male-dominated late-night circuit. She's "female as fuck."

In it, Bee rejects a variety of (literal) sausages from a server one by one -- each cleverly coinciding with a late-night host. "Mild" the server says to Jimmy Fallon's sausage, "extra mild" he says to Carson Daly," "I have no idea what that one is" to James Corden and "English banger" he says for Bee's former "Daily Show" colleague John Oliver.

Watch the promo below: