The Ebola buffoons get humiliated: The politicians and pundits who were the wrongest about Ebola

Now that the Ebola outbreak is subsiding, let's go back and look at the worst Ebola takes from politics and media 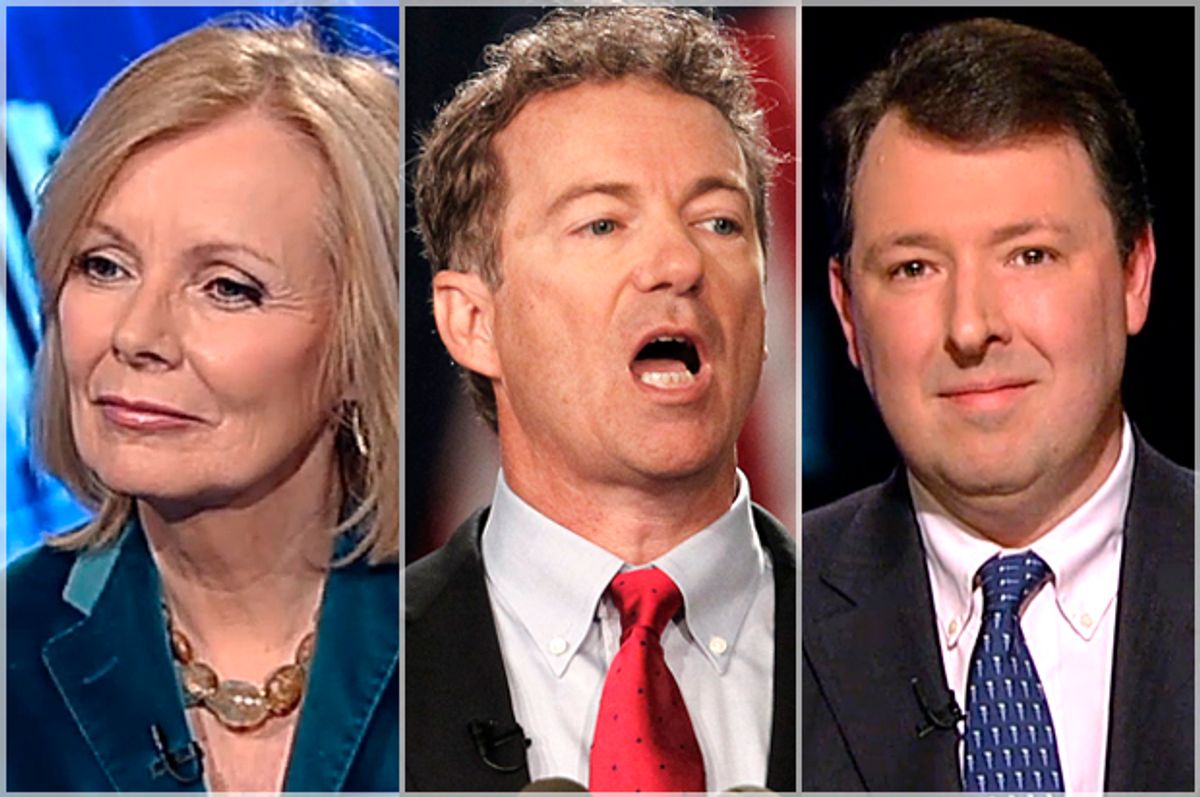 Congratulations to Liberia! Of the three West African countries hit hardest by the 2014 Ebola outbreak, Liberia is the first to be declared officially Ebola-free by the World Health Organization. There’s still tremendous concern over the fact that Guinea and Sierra Leone are still recording small numbers of new Ebola cases, but Liberians are justifiably ecstatic after a year-long public health crisis that took the lives of 4,700 of their fellow citizens. And all the credit goes to the doctors, nurses, lab technicians and volunteers who heroically fought the virus in the absence of a developed public health infrastructure.

So hooray for what is hopefully the beginning of the end of the worst Ebola outbreak in history. And now that it appears as though Ebola is officially on the wane, it’s time for a little pundit and politician accountability.

After Ebola made it to the United States last September with the arrival of infected Liberian tourist Thomas Eric Duncan, a great many political figures and commentators lost their damned minds and hyped up the threat posed by the virus while simultaneously lashing out at the public health guidance from the Centers for Disease Control. A great many of their predictions and hysterical warnings about the virus were, in the ensuing months, proven to be fantastically wrong. So let’s go back and take a look at a few of the worst offenders.

You’d be hard-pressed to find a public official who behaved less responsibly during the Ebola crisis than libertarian-ish senator and 2016 presidential candidate Rand Paul. A doctor in his own right and an elected member of the Senate, Paul used what official and medical credibility he had to warn people that the CDC was lying to them about Ebola’s communicability, that you could catch it at a cocktail party, and that we could be in store for a global pandemic.

Here’s video of Rand telling voters not to trust the government’s assurances that Ebola is difficult to contract and hard to spread:

Another 2016 presidential candidate who was on the forefront of Ebola disinformation, Ted Cruz was adamant that President Obama impose a ban on air travel from Ebola-afflicted countries. The CDC tried to explain that a travel ban would only serve to make the outbreak in West Africa worse, but Cruz would not be convinced. “This is a serious public health threat,” Cruz said on Fox News. “The approach from the Obama administration so far has been like its approach to so many other things: fundamentally unserious.”

The travel ban issue was one of special significance to conservative pundits who insisted that it was the only logical response to the Ebola threat. It just made sense to them, and in their guts they knew it was the right thing to do. The person who best captured this certainty in the absence of knowledge was Wall Street Journal columnist Peggy Noonan, who chastised public health officials in an Oct. 17, 2014, column huffily titled “Who Do They Think We Are?”

Per Noonan, a travel ban was so obvious that a child would understand it. And if a ban were not imposed, it was certain – absolutely certain – that more Ebola cases would arrive in the U.S.

A separate issue is how poor a decision it is. To call it childish would be unfair to children. In fact, if you had a group of 11-year-olds, they would surely have a superior answer to the question: “Sick people are coming through the door of the house, and we are not sure how to make them well. Meanwhile they are starting to make us sick, too. What is the first thing to do?”

The children would reply: “Close the door.” One would add: “Just for a while, while you figure out how to treat everyone getting sick.” Another might say: “And keep going outside the door in protective clothing with medical help.” Eleven-year-olds would get this one right without a lot of struggle.

If we don’t momentarily close the door to citizens of the affected nations, it is certain that more cases will come into the U.S. It is hard to see how that helps anyone.

Another fervent believer in the travel ban, Bill O’Reilly argued that the reason the Obama administration refused to impose one was because “the countries involved are poor and largely comprised of black Africans.” And, like Peggy Noonan, O’Reilly was convinced that unless the Obama administration followed his specific recommendations for disease containment, “we're going to have more Ebola cases.”

Former Bush speechwriter and Washington Post columnist Marc Thiessen took his Ebola commentary in a slightly different direction. Rather than harp on the need to restrict travel, Thiessen sketched out elaborate terrorism fantasies in which al-Qaida operatives would travel to Ebola-ravaged countries, deliberately get sick, hop a plane to the U.S., and then blow themselves up.

Ebola has up to a 21-day incubation period — more than enough time for terrorists to infect themselves and then come here with the virus. In a nightmare scenario, suicide bombers infected with Ebola could blow themselves up in a crowded place — say, shopping malls in Oklahoma City, Philadelphia and Atlanta — spreading infected tissue and bodily fluids.

Tucker Carlson went on Fox News in mid-October 2014 and, drawing on his experience as the host of a cable news morning show, wondered aloud whether the Ebola outbreak in West Africa would ever be stopped. “It’s inexplicable,” Carlson said, “that the president dismisses almost with a wave of his hand the notion that you would restrict air travel from the places affected. Anyone who’s ever spent time in West Africa can tell you we’re not going to get this epidemic under control overnight. Maybe ever. It’s too disorganized a place.”

So congratulations again, Liberia. Not only have you beaten Ebola, you’ve made Tucker Carlson look like a dope. One accomplishment is obviously more significant than the other, but both are pretty satisfying.