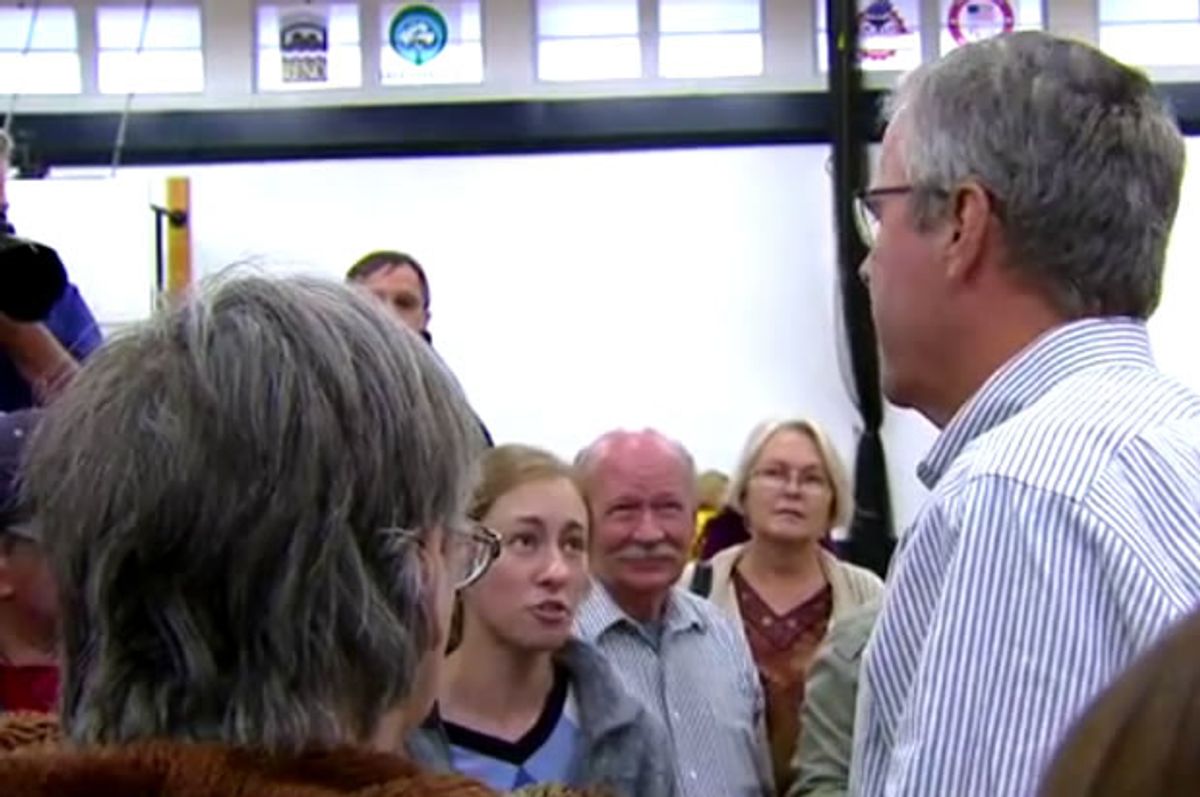 In a heated exchange captured by ABC News, 19-year-old college student Ivy Ziedrich told Jeb Bush exactly what she thinks of his family's role in the political and military crises in the Middle East.

At a town hall meeting in Reno, Nevada, the former Florida governor claimed that unrest in the Middle East was caused by President Barack Obama's decision to remove American forces from the region, and that ISIS evolved in the power vacuum created by that removal.

As he was signing autographs afterwards, Ziedrich -- who identified herself as a member of the College Democrats at the University of Nevada -- challenged him on the issue of who's responsible for the rise of ISIS.

"It was when 30,000 individuals who were part of the Iraqi military were forced out -- they had no employment, they had no income, and they were left with access to all of the same arms and weapon," she said. "Your brother created ISIS!"

"Is that a question?" a flustered Bush responded.

"You don't need to be pedantic to me, sir," Ziedrich shot back.

"'Pedantic'?" he asked, pretending to be impressed by her vocabulary. "Wow."

Ziedrich pressed on, asking Bush why he was "saying that ISIS was created by us not having a presence in the Middle East when it’s pointless wars where we send young American men to die for the idea of American exceptionalism? Why are you spouting nationalist rhetoric to get us involved in more wars?"

"We respectfully disagree," he replied. "We have a disagreement."

He explained that the United States had "an agreement that the president could have signed that would have kept 10,000 troops, less than we have in Korea, could have created the stability that would have allowed for Iraq to progress. The result was the opposite occurred. Immediately, that void was filled."

"You can rewrite history all you want," he said before turning and walking away, "but the simple fact is that we are in a much more unstable place because America pulled back."

Watch his exchange with Ziedrich below via ABC News.