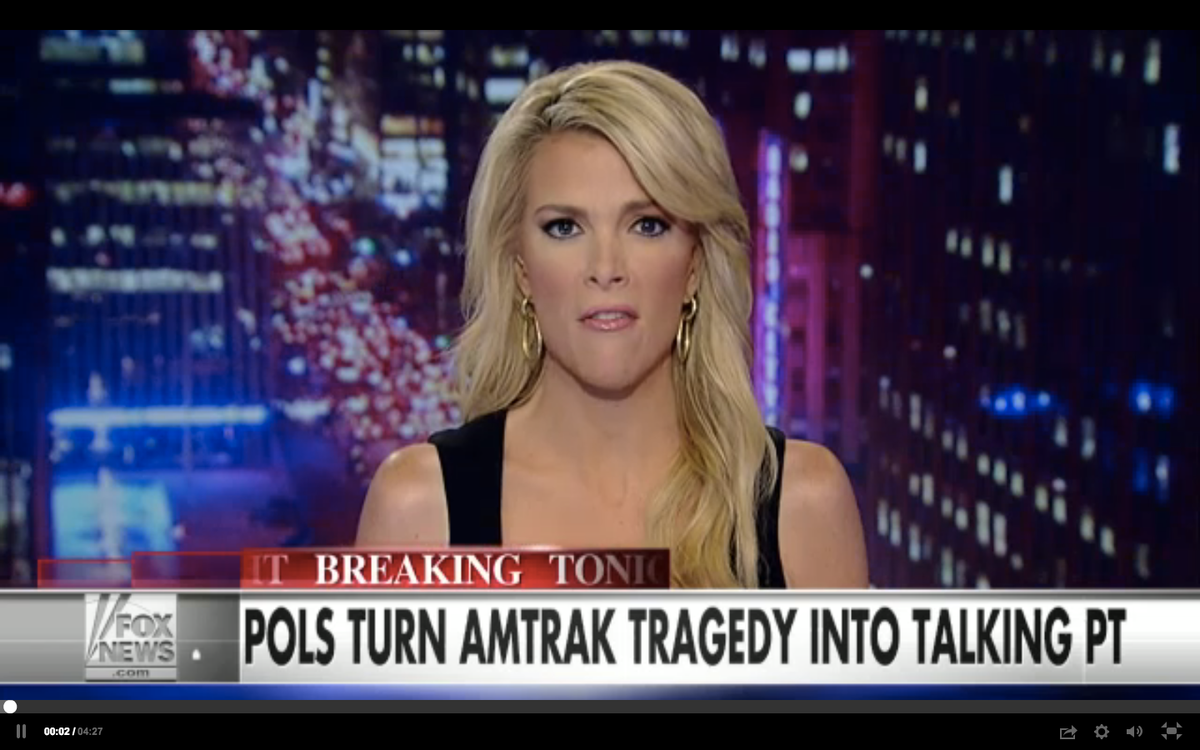 It is human nature to try to explain a tragedy -- to find a scapegoat and rip it apart in debate after debate until we feel that justice has been adequately served, or until we literally can't stand to hear the term "black box" one more time. The contentious concept that has emerged from the deadly Amtrak derailment in Philadelphia is infrastructure.

The GOP-led House Appropriations Committee recently voted in favor of a $252 million spending cut for Amtrak -- a move that many (largely Democrats) argue will result in more crashes like Tuesday's.

After playing a few clips of these politicizations, Kelly sighed exasperatedly and then turned to Fox Digital Politics Editor Chris Stirewalt who called the arguments "hot garbage."

"Who failed them?" Kelly asked. "How exactly did the infrastructure fail?"

"What's really nuts about it," she continued, "is the only infrastructure we're seeing now that may have stopped that crash, is called the positive train control that would allow the track to override an errant driver, a train engineer like that, and Congress had already mandated that that be installed!"