Save Pistol and Boo! Australia, please stand down from waging "war on terrier" on Johnny Depp's dogs 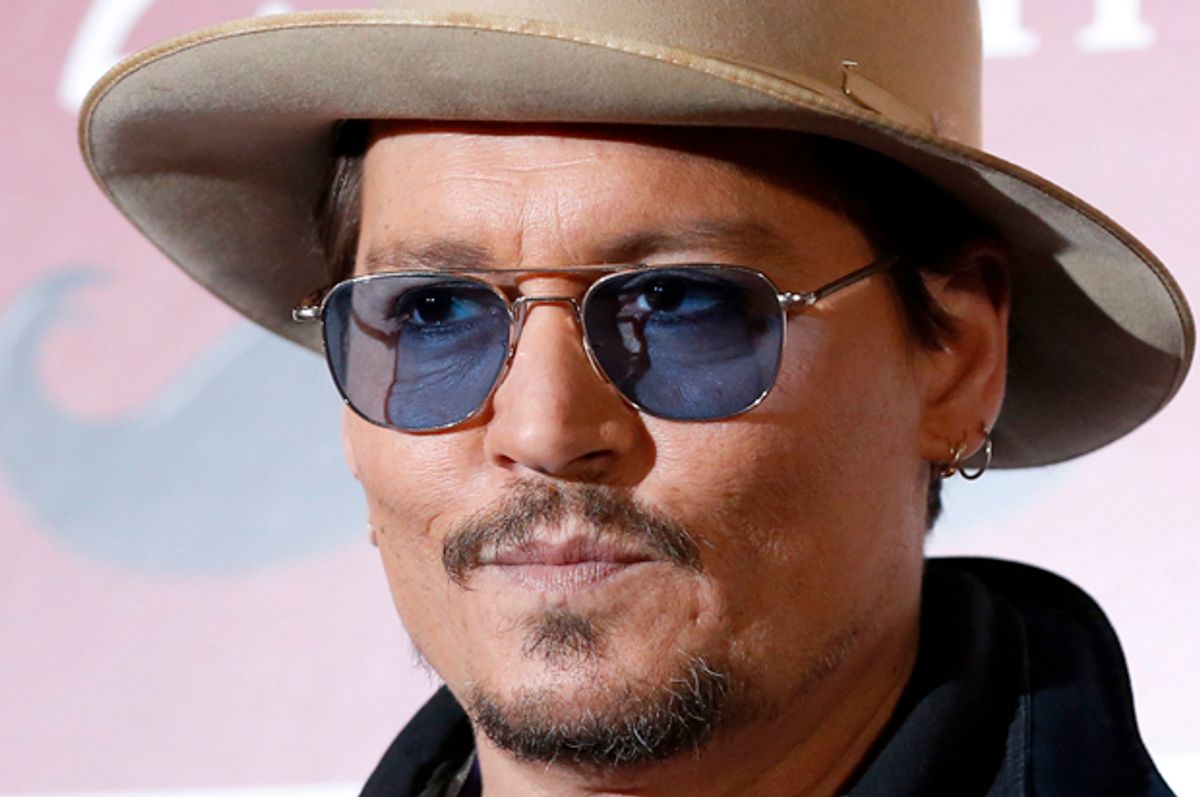 In this corner, we have Johnny Depp, beloved Hollywood weirdo and star of pirate movies and Tim Burton vehicles, along with an adorable pair of Yorkshire terriers. And this corner, we have the land down under, a place famed for penal colonies, hungry dingoes and big, big knives. I'd be scared if I were you, little doggies.

The grotesquely overpaid actor, who is currently in Australia with his wife while filming the latest installment of the "Pirates of the Caribbean" series, ran afoul of authorities when they discovered he'd brought his pets in without documentation. Fortunately, at least, he didn't smuggle them on or in his person like a common mule, but abroad a private plane. But as CNN notes, the country's biosecurity laws are "famously strict" no matter how classy your means of pooch transport may be — there's a lengthy and complex process for bringing animals in that includes a ten-day quarantine or "it may be returned to the country of export or euthanized at the importer’s expense."

So now, Pistol and Boo could face the ultimate punishment: death. In a televised statement, Australia's extraordinarily unamused Minister of Agriculture Barnaby Joyce said that "a gentleman by the name of John Christopher Depp, 51 years old, aka Jack Sparrow" had boldly brought "to our nation" his animals "despite not getting the proper certification and the proper permits required." Explaining the detection work that led to this revelation, he said, "Basically, it looked like he snuck them in. We found out he snuck them in because we saw them taking them to a poodle groomer." A poodle groomer.

Joyce then added darkly, "Mr. Depp has to either take his dogs back to California or we're going to have to euthanize them…. There is a process if you want to bring animals in. You get the permits, they go into quarantine, and then you can have them. But if we start letting movie stars — even though they've been the Sexiest Man Alive twice — to come to our nation, then why don't we just break the laws for everybody? It's time that Pistol and Boo buggered off back to the United States." Man, we could really use somebody to swoop in on a rope and rescue those pups in a very dramatic fashion right about now.

The threat of such severe consequences is, of course, upsetting to anyone who cares about animals. And yet as science writer Nicky Phillips notes in the Sydney Morning Herald, the threat from bringing unapproved animals into the country is a very serious one as well. "The dogs could have diseases that we don't have here such as rabies, ehrlichia and leishmania," she says. That's right — Australia, unlike the US, is rabies-free. "But biosecurity laws don't just protect our pets from diseases," she continues, "they also attempt to stop invasive species arriving on our shores." And as the Washington Post observes, "Australia's geographical distance from much of the rest of the world and its relatively late contact with the West means that its biological ecosystem is unlike those of many other nations."

But none of this means we can't find a little levity in the situation that will likely soon be resolved in a peaceful buggering off. Twitter swiftly declared #WarOnTerrier, and on the Australian news show "The Project" Thursday, cohost Waleed Aly asked Barnaby Joyce, "Why do you hate Johnny Depp's dogs so much?" And Joyce, while admitting that "I don't hate Johnny Depp's dogs…. You can't just abscond from the process of our biosecurity controls" did also declare that "Boo Boo" was "a double barreled name, obviously a very fancy dog from the northern part of Hollywood." Hey, Jones, respect for the double barrel named. And he noted that he's worked with Depp's film crew, revealing, "We bent over backwards to get their monkeys in." In the meantime, it's entirely possible that Pistol and Boo are drinking Evian from a solid gold bowl somewhere over the Pacific even now. And as for Joyce, he says, "I don't expect to be invited to the opening of 'Pirates of the Caribbean.'"