When free-range parenting goes too far: How far "off the grid" should a family be allowed to go? 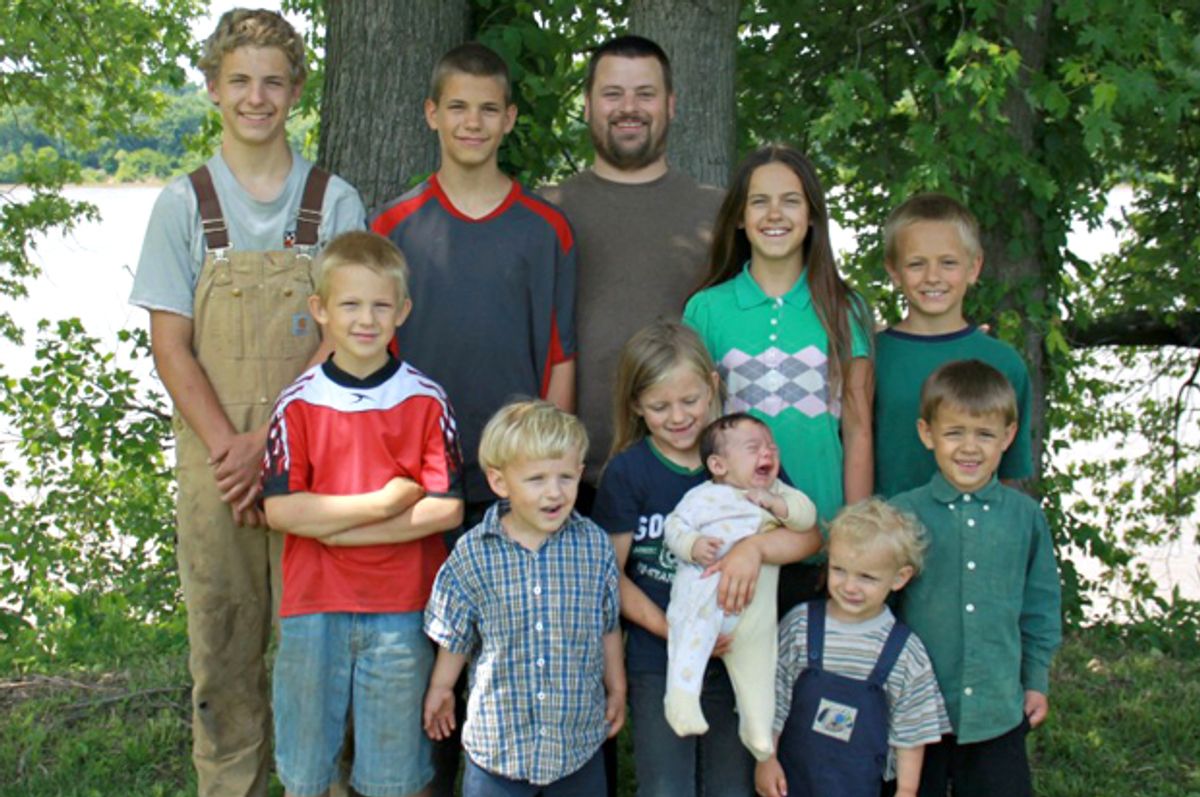 The line between a family's rights and a community's responsibilities isn't always clearcut. And in recent months, several high profile cases have tested the limits of parental freedom and legal intervention — from the Maryland investigation of self-proclaimed "free range" parents Danielle and Alexander Meitiv for letting their young children go to the playground unattended to the ongoing drama out of California about personal exemptions for vaccines. Now, a new case in Kentucky seeks to establish just how far "off the grid" it's okay to go when you're off the grid with your kids.

A judge this week ruled that the ten children of Joe and Nicole Naugler will remain in the custody of the Cabinet for Health and Family Services while their investigation of the family is continuing. The children were removed after a welfare check by a local sheriff a few days ago. On their "Blessed Little Homestead" Facebook page, the older Nauglers — who have another child on the way — said that "We have allowed CHFS to inspect our property and interview our children multiple times. After every visit they have confirmed, and confirmed again today that our children are happy, healthy and well cared for and that our property is sufficient for their needs…. Although we are sad our children will not be returned to us today, we have nothing to hide. We have cooperated with all requests made to us by CHFS and will continue to do so. We are confident that throughout this process Nicole and I will be shown to be the good parents that we are and that our family will be reunited." WLKY reports the parents are also facing criminal charges.

The family have posted a copy of what they say was the intake info from their encounter with authorities. The report says that "The allegations were that the family was residing in a tent, mother had given birth in a tent, there is no running water or septic, none of the children were enrolled in school and the father threatened a neighbor with a weapon (asked child to hand him the gun.)" It goes on to say that on his inspection, Trooper Adam Hutchinson found "an area with numerous piles of garbage, broken glass and nails" and a "makeshift shed" that appeared to house animals, as well as "two makeshift tents that could provide shade by not enough space for the family." It also cites a "lack of cooperation with the Cabinet's investigation" and a conclusion that "CHFS does not feel like the children are safe at this time." The parents have also posted several photos of what they refer to as their "cabin" — a structure that does not appear to have solid walls or roofing. It doesn't help the family's case that Joe Naugler's 19 year-old son from a previous relationship has spoken out against how his half siblings are being raised. Speaking to WLKY this week, Alex Brow said, "I am very worried about them and I hope that everything that can be done, that was done here, can help them move on and have a better life."

The case has drawn deeply divided responses. Supporters of the family have thus far raised over $45,000 for their legal fees on their GoFundMe page set up by a family friend who says, "They are industrious people trying to teach their children how to live right. Their ten children are homeschooled on the homestead. They contribute to the success of the family crops and livestock, all while learning about the amazing beauty of life." But on Facebook, posters who claim to be the family's neighbors have accused them of trespassing and attempting to steal water, and say that "There is so much more to this story and family than you all know." Blogger Kathryn Brightbill has done an excellent roundup of some of the deeper issues of the case — including the Nauglers' previous encounters with Child Protective Services and law enforcement. For now, in a statement on their Save Our Family page, Nicole says, "I am a free range human. Not meant to be caged. But I will stand up for my rights. Overwhelmed by the love and support." And in the audio of her conversation with authorities, when the officer asks, "Are you saying there's potential gunfire on your part?" she replies, "You can read into it however you want to, but I will protect my family."