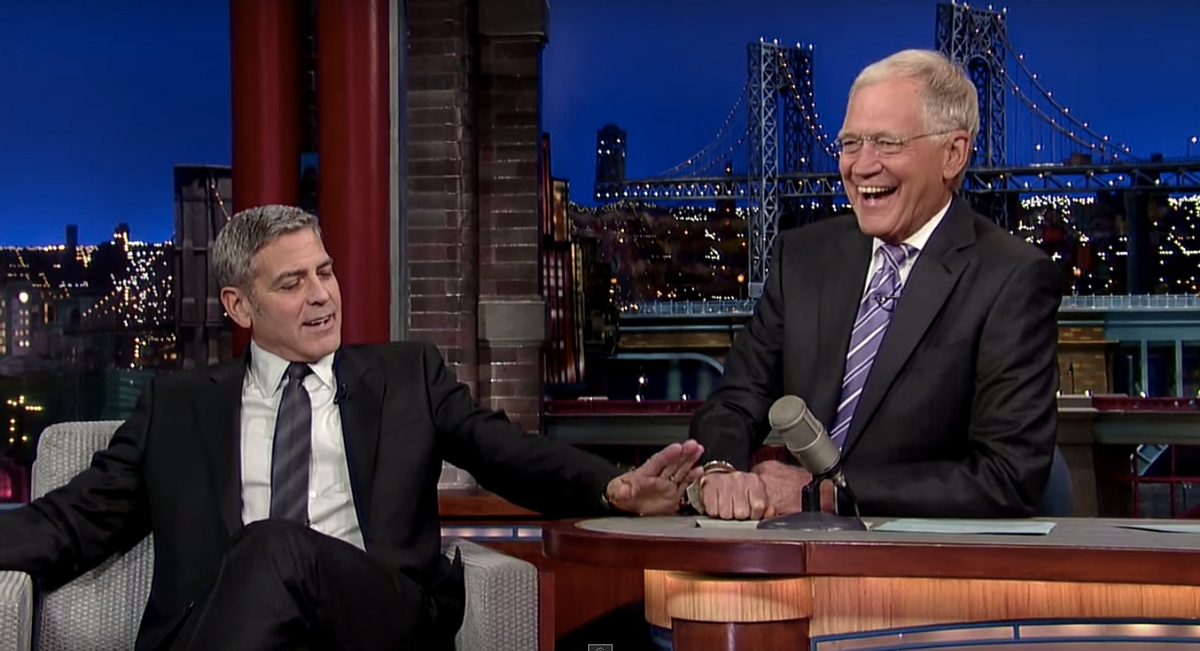 Like many celebs who've already visited the "Late Show" this month to bid their farewells to retiree David Letterman, George Clooney came prepared with a personal note on what the late-night host meant to him. Departing from the jokey tone of the rest of the interview (the two were in handcuffs while this exchange happened), Clooney told Letterman that, through his comedy, he was able to help expedite the grieving process in the wake of 9/11.

"Here's the thing — I've been at home and watched you in my underwear, and there's not many men I've watched in my underwear," Clooney said. "What you've meant to us, all of us, with so many of the laughs, but also the moments like walking us through times we didn't know what to do, like 9/11, and when we weren't sure what we could laugh at."

Letterman wasn't hasty in returning to his jokes following 9/11, though -- and we have this on good record. A recently resurfaced New York Daily News post rehashes the events of the first "Letterman" broadcast following 9/11 which was a far cry from the usually breezy and light-hearted late-night program. It was decided that all jokes in the opening monologue would be scrapped, John Lennon's "Imagine" played during breaks and those in the audience recounted seeing Letterman frequently wiping away tears from his eyes.

"In the past week, others have said what I will be saying here tonight more eloquently than I'm equipped to do," Letterman said, opened his somber post-9/11 monologue. "But if we are going to continue to do shows, I just need to hear myself talk for a couple of minutes and so that's what I'm going to do."

You can watch Clooney's appearance, followed by Letterman's 9/11 monologue below: