Initially reluctant to appear, Jee said "The Late Show" turned out "to be one of the greatest things I ever did" 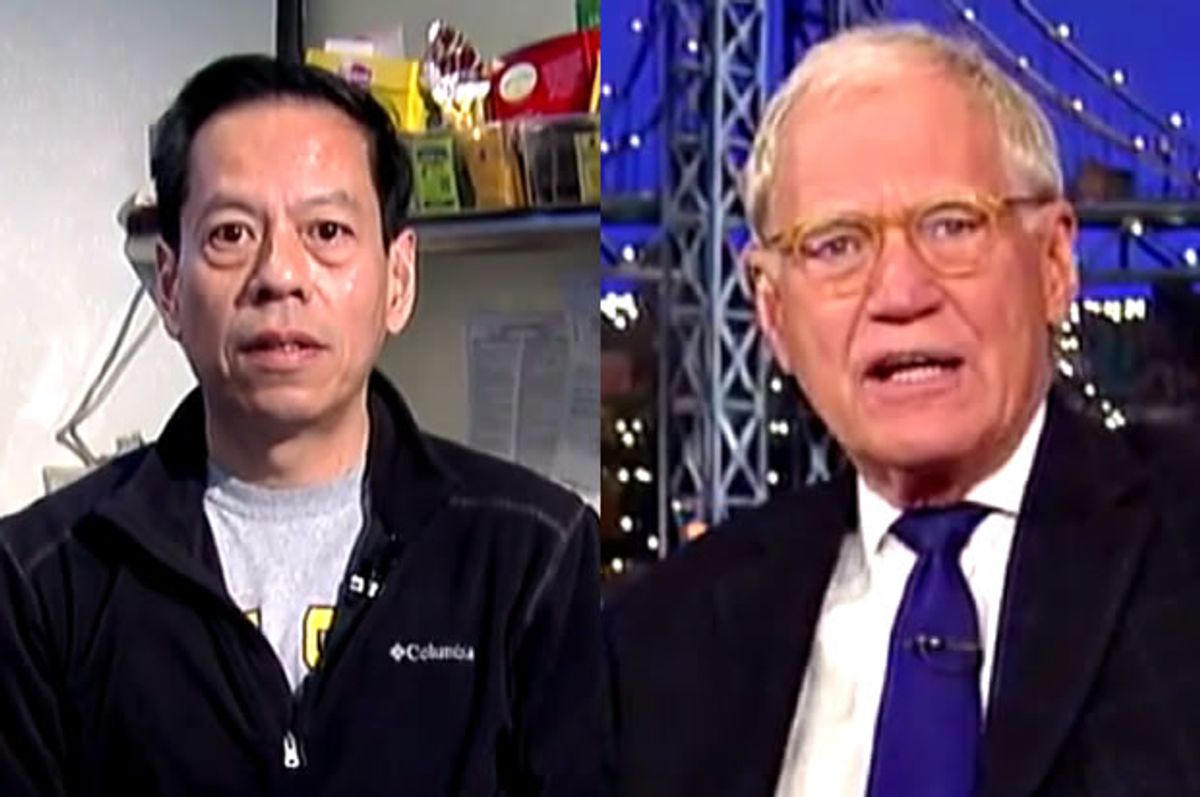 Rupert Jee, the owner of Hello Deli and friendly nemesis to neighbor David Letterman, told Gianluca Cuestas of the New York Daily News that he is "sickly sad" about "The Late Show" host's imminent departure -- and that he hopes he'll get along with the Ed Sullivan Theater's new tenant, Stephen Colbert.

"I have had such a great neighbor," Jee said of his longtime foil and occasional tormenter.

Jee and Hello Deli first appeared on "The Late Show" two months into its run, after producers convinced a reluctant Jee to make an appearance on a "Meet the Neighbors" segment. "I told them straightforward that I can't handle television well," Jee said. "I freak out in front of an audience -- it scared the crap out of me."

"It's mind-bogging that I took it for granted the first years," he added. "Being on television is something I didn't want to do anyway. It turned out to be one of the greatest things I ever did."

Of all the neighbors Letterman invited onto his show, only Jee lasted throughout the entirety of his tenure, in part because the popularity of his segments -- as well as a prime location in a building owned by CBS, which kept his rent reasonable when property values in the area soared.

"They were understanding and helpful in keeping this place alive for me," he said. "I have nothing but good words for CBS."

Two weeks ago, Jee appeared on "The Late Show" to inform David Letterman of the "Top Ten" things he always wanted to say to his customers.

Watch the New York Daily News' interview with Jee below.