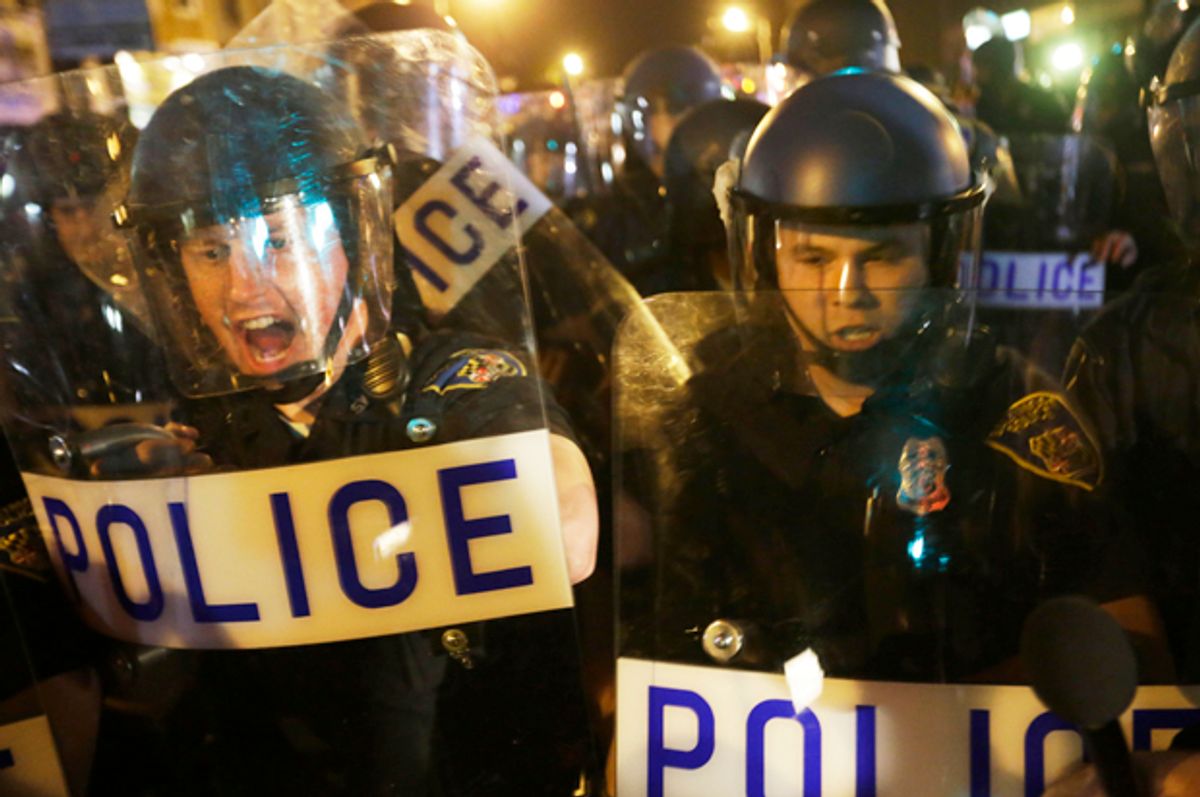 Baltimore correctional officers Tamika Cobb and Kendra Richard have been charged with theft and burglary after being caught on camera leaving a closed 7-11 with stolen goods. They have been suspended without pay.

In the video, posted to YouTube, Richard is seen coming out of the store holding Slim Jims, while Cobb has Tostitos chips, police said. Police identified Richard as the woman exiting the store wearing yellow tennis shoes, black Adidas jogging pants and a jean jacket. They said Cobb was the one in yellow shoes, blue pants and a black sweatshirt with a large white graphic on the front...

"Our Intelligence and Investigative Division did an outstanding job, immediately following-up on this tip," said Stephen T. Moyer, Secretary of the Maryland Department of Public Safety and Correctional Services. "We will not allow the vast majority of our employees who are honest and hardworking to be tainted by the actions of a few."