First it was Jeb Bush. Today, Marco Rubio seemed unprepared and uninformed for the question of the week on Iraq 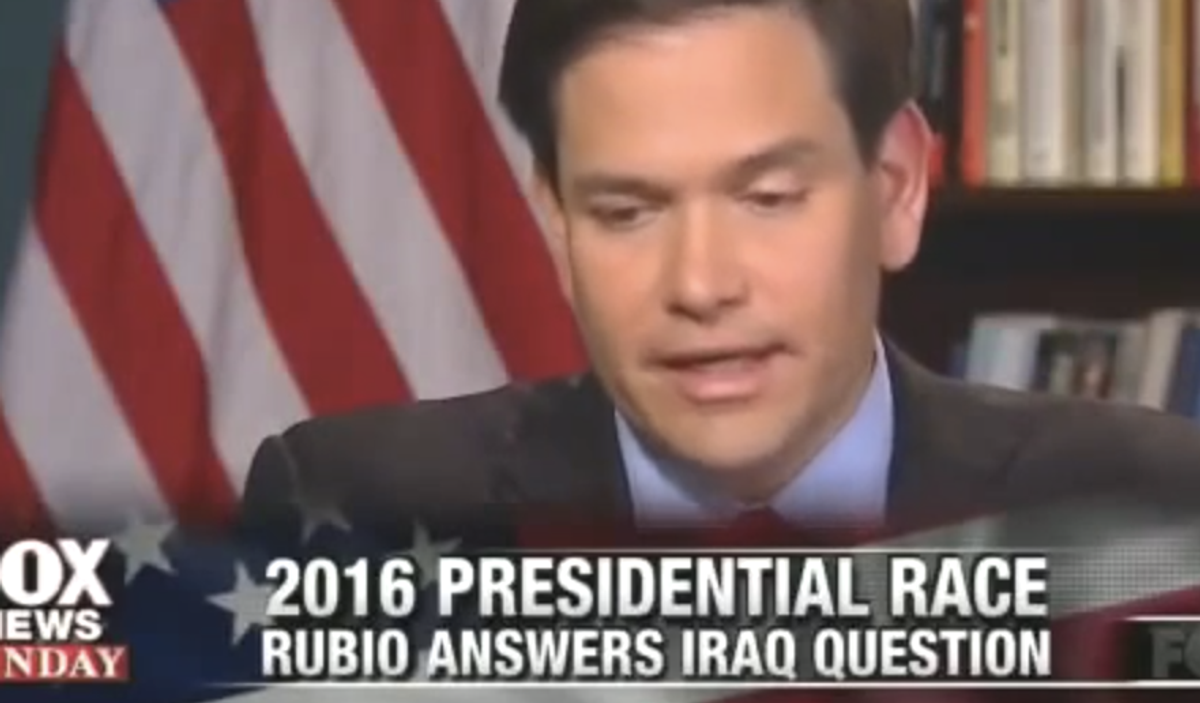 Sen. Marco Rubio went down in flames on "Fox News Sunday," tripped up by the exact same question which sent his one-time mentor Jeb Bush's campaign into a spiral: Was it a mistake to go into Iraq in 2003.

Fox News host Chris Wallace stayed aggressive while Rubio evaded and repeatedly tried to turn the question back on Wallace.

"It was not a mistake," he said, again and again, to invade Saddam Hussein's Iraq based on the flawed intelligence presented to the president. As Wallace bore down on the senator, however, things got testy. Rubio's line became this: In the "real world," commanders in chief must decide based on the information on their desk, and without the benefit of hindsight.

“Based on what we know now, I think everyone agrees...”

“So was it a mistake now?” Wallace interrupted.

The video is a must-see:

Scott Walker also had a similar answer on "Face the Nation." The Wisconsin governor made the case that "any president, regardless of party, probably would have made a similar decision to what President Bush did at the time with the information he had available.”