The Carters quietly bailed #blacklivesmatter protesters out of jail. Now right-wingers are losing their minds 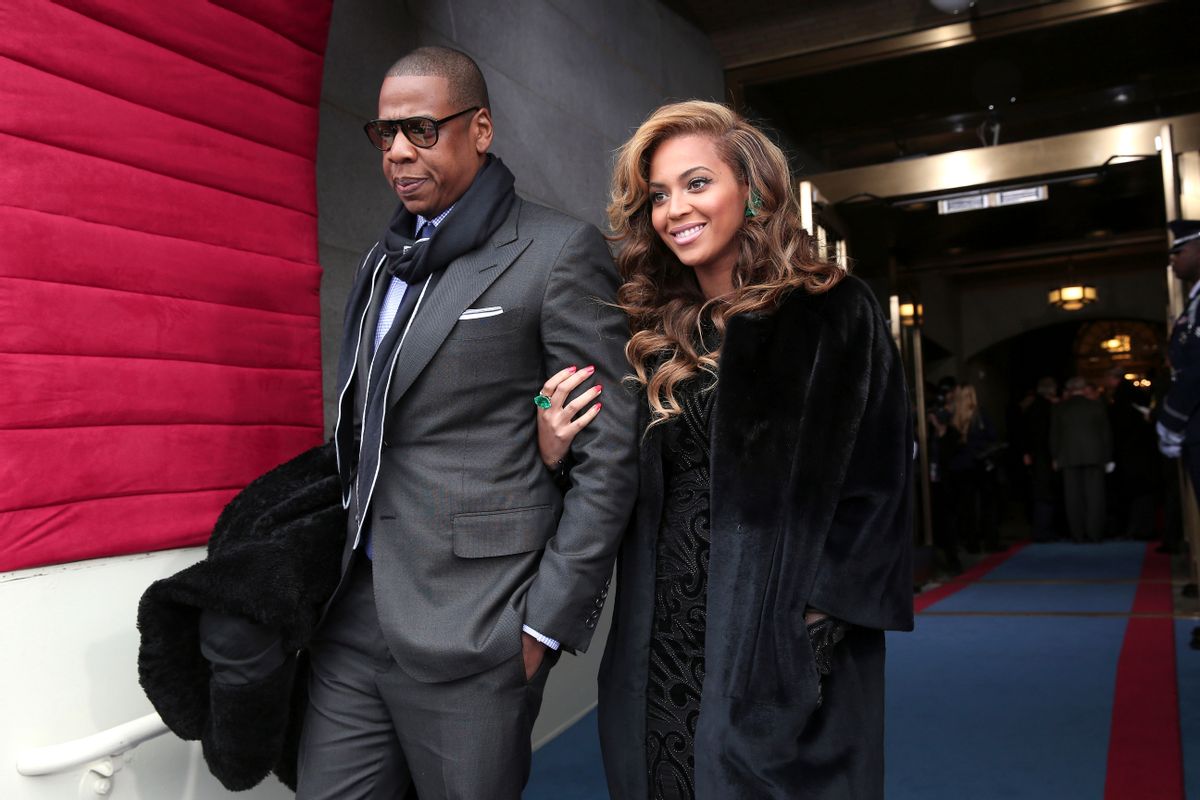 FILE - This Jan. 21, 2013 file photo shows recording artists Jay-Z and Beyonce at the Capitol in Washington for the Presidential Barack Obama's ceremonial swearing-in ceremony during the 57th Presidential Inauguration. Jay-Z and Beyonce sat tightly with Solange. Kelly Rowland embraced Beyonce with a huge hug. And Rihanna spilled some of her drink laughing with Rowland as Music's top stars attended the annual pre-Grammy Roc Nation brunch on Saturday, Feb. 9, at the Soho House in Los Angeles on the eve of the Grammy Awards. (AP Photo/Win McNamee, Pool, file) (AP)
--

Writer-activist Dream Hampton unloaded a series of tweets this weekend, debunking Jay-Z and Beyonce's perceived "silence" around issues like Ferguson. The since-deleted series of tweets, which can be found here, reveal that the Carters have actually been essential backers of the #blacklivesmatter movement and that Jay-Z has quietly shelled out "tens of thousands of dollars" to bail out arrested Baltimore and Ferguson protestors.

"I can say I’ve personally helped facilitate donations they’ve given to protesters directly and that they never ask for anything in return, especially publicity,” Hampton told the Daily News.

The Carters were widely praised for this selfless act after the news broke -- but a much grimmer tale is being told on Conservative Twitter today.

Conservative Twitter trolls have been quick to borrow Baltimore mayor Stephanie Rawlings-Blake's racially coded language -- accusing them of being "thugs."
Their outrage has been well documented below: