Chris Christie: New Jersey voters say they don't think I would be a good president because they want me to stay

69 percent of Garden Staters don't think he would make a good president -- because they want him to stay? 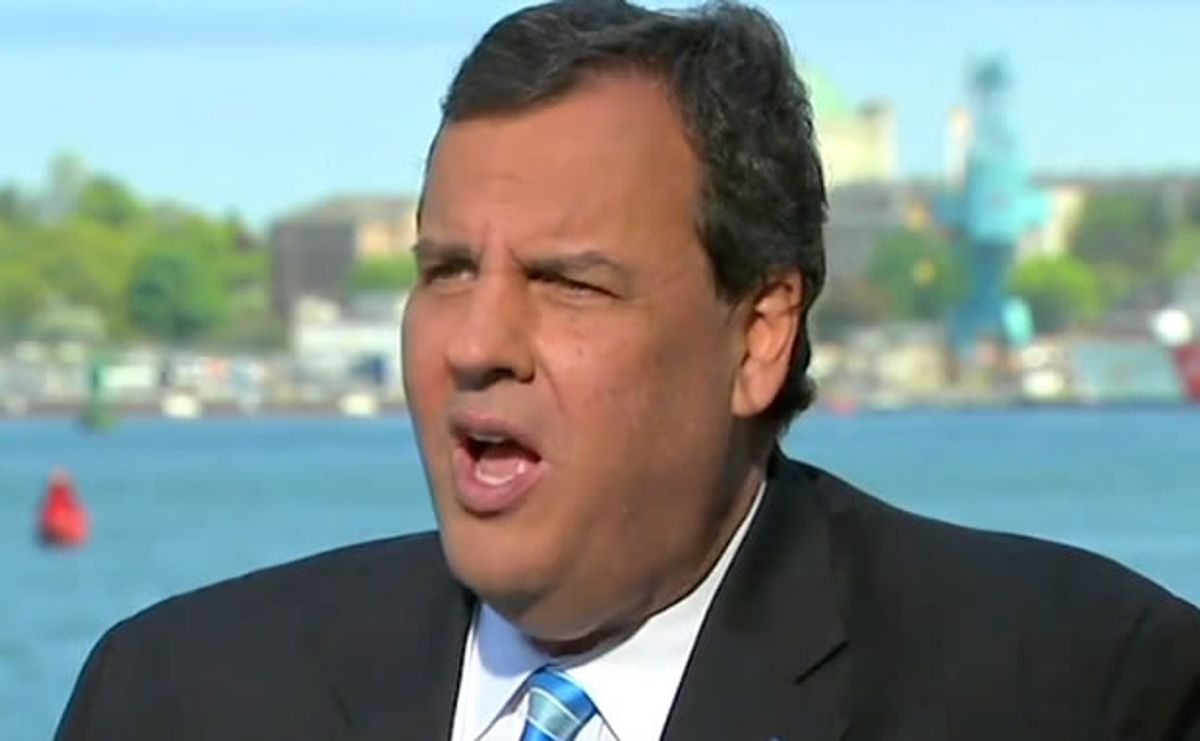 On "The Kelly File" Monday night, Megyn Kelly interviewed New Jersey Governor Chris Christie and discussed why he is -- or isn't -- qualified to be president.

In what should have been the interview's most contentious moment, Kelly noted that polls in New Jersey indicate "by a 65-29 percent margin, [Christie] would not make a good president. They know you the best, why shouldn't we trust them?"

"They want me to stay," Christie replied. "A lot of the people in the 65 percent want me to stay. I've heard that at a lot of town hall meetings -- 'I want you to stay.'"

Kelly repeated her question more emphatically, saying that "they say you would not make a good president."

"I think people hear the question they want to hear," Christie replied, clearly hearing the one he did. "The fact is," he said, saying nothing, "the polls in New Jersey will go up and down. I've been as high as 75 percent approval, as low as 35 percent."

"It's bounced back and forth because I do things, I do things of consequence," he said, providing no examples beyond the fact that he's been a Republican governor in a state with a Democratic legislature and has "gotten things done."

He went on to repeat his oft-stated and in no way self-serving belief that "the next president of the United States has to be a governor," which is why Marco Rubio and Ted Cruz aren't qualified for the nation's highest office.

Watch the entire interview below via Fox News