EXCLUSIVE: Rula Jebreal speaks out against Bill Maher and Ayaan Hirsi Ali: "The world is proving you wrong, my friends"

"[Maher and Hirsi Ali] are literalists devoid of history" 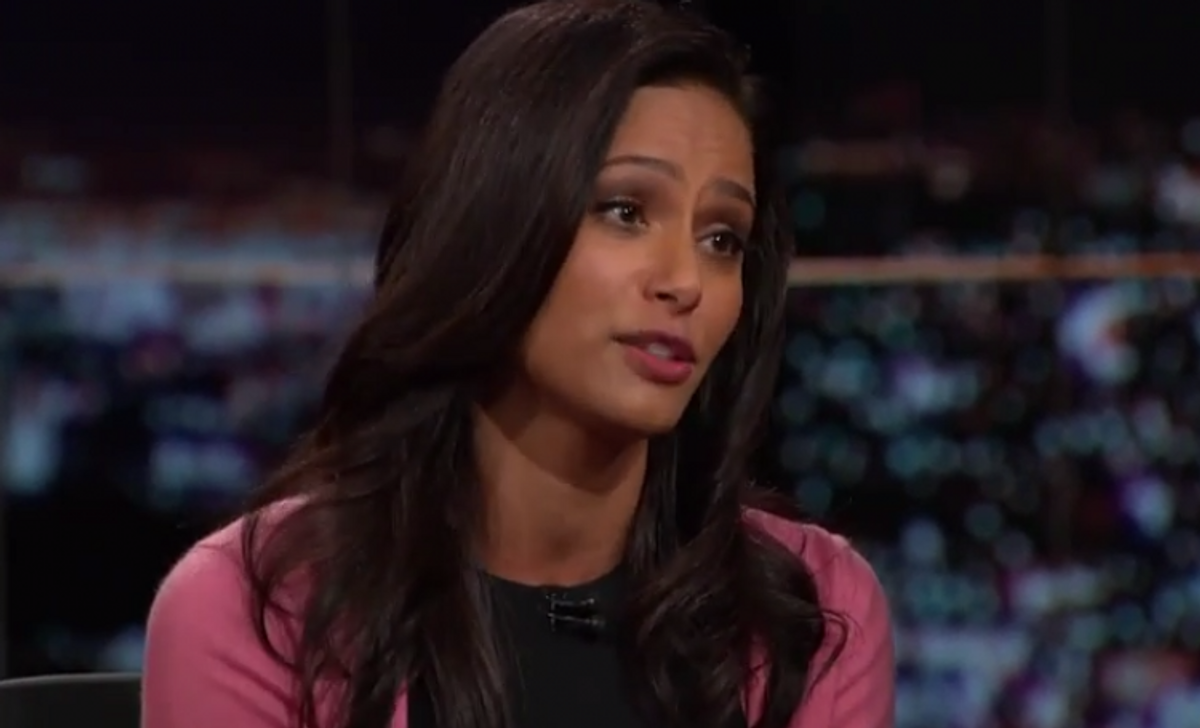 On Friday's edition of "Real Time With Bill Maher," Maher interviewed anti-Muslim activist Ayaan Hirsi Ali about radical Islam and liberalism. "How do I get liberals to understand that we are the liberals in this debate?" Maher said, referring to his opinion that Islam is a scourge that must be expunged from society.

On Monday, Palestinian-Italian journalist Rula Jebreal condemned their comments as racist and ill-informed in an interview with Salon. Jebreal has spoken extensively about American Islamophobia after she engaged in a heated debate with Maher on his show. People like Maher and Hirsi Ali, Jebreal argued, "selectively care about human rights abuses" when it comes to injustices in the Arab world. Instead of addressing the "delicate realities" of destructive policies, they would largely rather blame Islam as a whole.

"Bill Maher and Ayaan and I would include Sam Harris, they all do one thing intentionally-- and I’m saying intentionally in big letters -- they don’t connect radicalization process with policies," Jebreal continued. "They are literalists devoid of history. There’s no connection to policies, whether it’s local policies, regional policies or international policies. This is one of their biggest flaws."

Jebreal explained that radical Islamist sects generally arise from bad policies -- notably the U.S. invasion of Iraq during the Iraq War. "These people not only don’t see the connection, they are endorsing these kinds of policies," she said. "Invasions, occupations, torture. Sam Harris said he doesn't mind that the West would torture in order to extract information. I am horrified by that. Which liberal in the world would endorse torture? I’ve never heard of a liberal that endorsed torture. He thinks that because he’s white and he was born in the West, he is liberal? Then he takes the moral high ground when it comes to Islamist abuse and Islamist killing. I don’t understand."

"A liberal person is somebody that challenges policies and sees the connection between policies and radicalization. You can’t endorse invasion, you can’t endorse tyrant like [Egyptian president Abdel Fattah el-Sisi], you can’t endorse torture or occupation, like Bill Maher does and we saw last summer with Gaza and what happened. He would cheer up the killing. Either these people are delusional at a certain point, or they have a washed up version of what liberal means."

"He's a tyrant when it comes to this... don't agree with me, you're shunned aside and you're the enemy. I find that horrifying," Jebreal continued. "It's not personal because his ideology is becoming as extremist as ever. And it's so disappointing because he inspired many of us around the world during Iraq because we understood that that war was based on a lie before everybody else and there's no weapons of mass destruction. We understood that they will destroy Iraq and absolutely the destruction of today is the byproduct of the lies, the deception, manipulation of the media, but above all, of the incompetence that they left behind. Bill understood that and he was an inspiration during that. He was one of the few voices absolutely speaking truth. I don't know what happened to him. I really don't know."

Jebreal argued that by supporting dictators like Sisi, Hirsi Ali and Harris implicitly support the sentiment that people in the Arab world don't deserve the same basic freedoms as Americans.

"I think Americans, when they read these comments of Bill or Ayaan or Sam Harris, don’t understand the impact of these comments on the world. We live in an aquarium where everything is visible. Every comment is known," Jebreal continued. By exclusively featuring anti-Muslim viewpoints, the rest of the world will begin (or continue) to think that those are the only views valued by the American media. "This will increase anti-Americanism in the region, and the distance between East and West will become wider."

"For a liberal and somebody who considers himself a reformist, he is not willing to listen to real reformists to point to the real issues and to the root causes. He's inviting on the show who? People that absolutely would repeat what he wants to hear which is this monologue that they keep telling themselves about trying to find proof here and there. The world is proving you wrong, my friends. The Iraq War, every invasion that took place."

"You know what is a litmus test of a reformist? And this is terrible to say but when the overwhelming majority of your followers don't belong to the community of those who want to reform but that are actually non-Muslim or anti-Muslim, what does that tell you about your message? I mean, the overwhelming majority of Sam Harris or even Ayaan's [supporters] are non-Muslim," Jebreal concluded. "How can you reform a community when the majority of your followers are non-Muslim? I see that the over-majority of who follow her are actually the ones who endorse invasions and occupations and torture and dictators. They are in the same mindset that the only way to reform Islam is to crush it. You lost the debate even before you started."