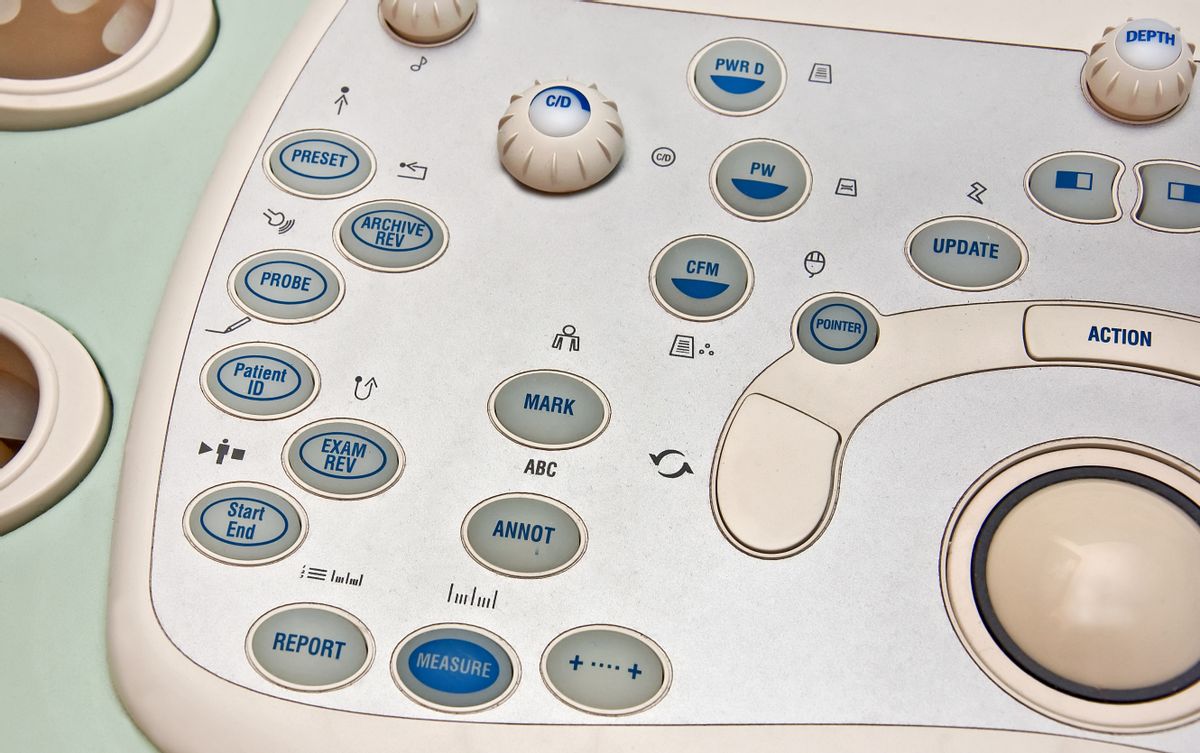 Two students are claiming they were forced to undergo invasive transvaginal ultrasounds as part of the sonography program at a Florida college, according to a lawsuit filed last week in federal court. The women, identified only as Jane Doe 1 and Jane Doe 2, say instructors at Valencia College in Orlando required them to submit to the exams on a near-weekly basis, in view of a full classroom of their peers.

The details of the lawsuit, which names the school and three of its employees as defendants, are horrifying. The women claim they were coerced into submitting to in-class vaginal exams as part of Valencia's Medical Diagnostic Sonography Program, where both are former students, after being told by another student -- who was allegedly nicknamed the "TransVag Queen" -- that undergoing the procedure was recommended, but not required. The stated purpose of receiving an exam -- which involves the use of a long, metal probe that is inserted into a woman's vagina -- was to help students "become better sonography technicians."

"Valencia positioned these transvaginal probes as voluntary, but its actual policy and practice was that they were not," the lawsuit states. "In fact, Valencia’s established and widespread policy was to browbeat students who did not consent to those invasive probes and threaten [the women's] academic standing as well as their future careers until the students complied."

Barbara Ball, the chair of the sonography program, allegedly intimidated the women after they went to her with concerns about regularly having their sexual organs probed in class -- specifically by a male student, who they claim conducted the exams often. The suit claims that Ball told the women they could leave the program if they did not wish to undergo additional transvaginal sonograms, despite the fact that the college owns several anatomically correct simulators with which students can practice the exams.

In addition to being presented with no other option but to be probed, the women also say they were required to sit through the exams without any privacy. The lawsuit states they "would disrobe in a restroom, drape themselves in towels, and traverse the sonography classroom in full view of instructors and other students" before sitting for the ultrasound.

"A student would place a condom over the probe and then apply generous amounts of lubrication to the probe," the suit alleges. "In some cases, the student would have to sexually 'stimulate' Plaintiffs in order to facilitate inserting the probe into Plaintiffs’ vaginas. Plaintiffs experienced discomfort and embarrassment each time they had to endure this forced probing of their sexual organs."

Peer physical examination is a common and accepted practice in the medical field, although several reports have illustrated a need for closer scrutiny and stricter regulation of how the practice is conducted at medical schools. A recent report cited by the U.S. National Library of Medicine found a dearth of PPE policies in medical programs, which could allow student rights violations, such as the alleged practices at Valencia, to flourish.