Rachel Maddow: The GOP is sounding its own death knell by supporting unpopular governors for president

If you're like Indiana Gov. Mike Pence and can't even protect your own turf, what chance do you have nationally? 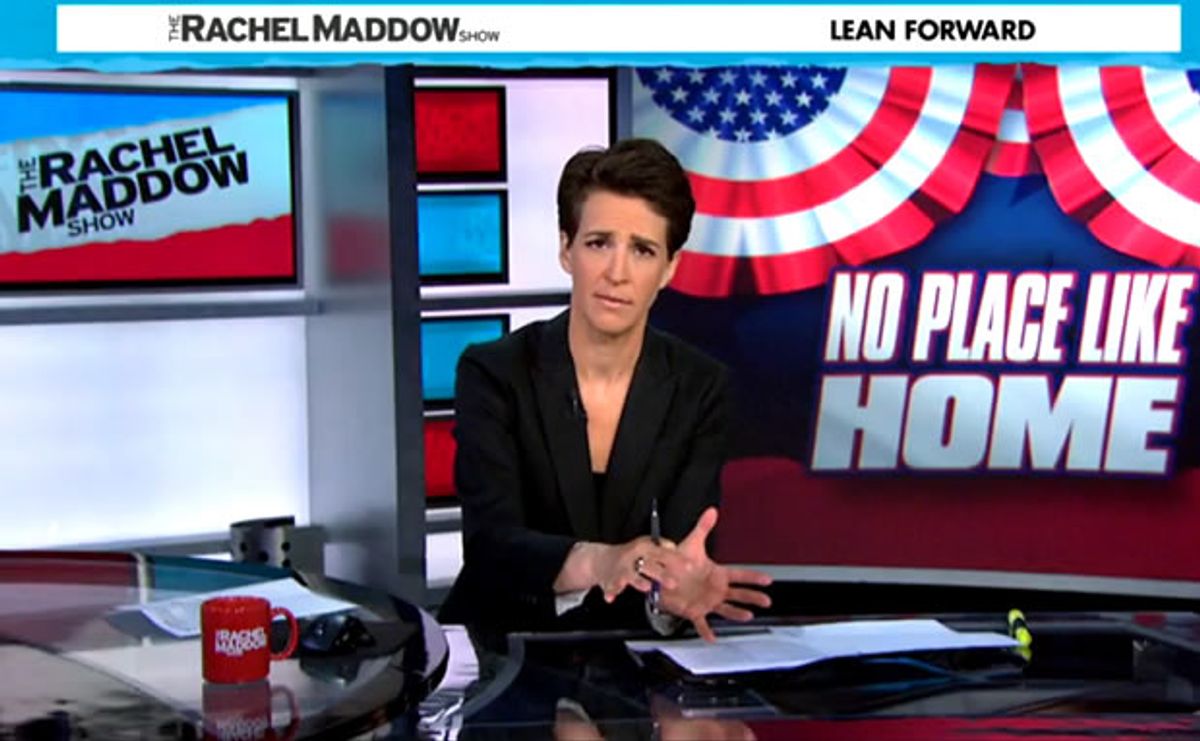 On "The Rachel Maddow Show" Tuesday night, Maddow argued that the unpopularity of Republican governors in their home states will make it very difficult for them to win the highest office in the land.

She began, however, with Hillary Clinton, who announced that her campaign would make an "inexplicable Texas trip" on June 3rd and 4th -- meaning "she will be in Texas the same day former Texas Governor Rick Perry will be announcing he's running for president."

If Perry announces his campaign on June 4th, Maddow added, he will be the first major party candidate to ever make such an announcement while also being under criminal indictment -- which points to the larger problem former governors have with running for presidency.

She discussed the failed primary run of Indiana Governor Mike Pence, who had his decision to run for reelection in Indiana instead of seeking national office leaked by a local Republican Party chair. This makes him more interesting as a political figure, Maddow argued, because many in the state don't even think he can win a reelection bid. She noted Matthew Tully's op-ed in The Indianapolis Star, which opened:

The big personnel news involving Hoosiers this week is that David Letterman is retiring and Gov. Mike Pence wants another four years on the job. Be honest, who among us wouldn’t prefer to see that last sentence reversed?

Maddow continued, saying if that GOP darlings like Pence who govern deep red states like Indiana are in trouble, that doesn't bode well for governors like Chris Christie, who is under the impression that the citizens of New Jersey are telling pollsters they hate him in a bid to get him to stick around instead of abandoning them for the White House.