The Republican presidential candidate is really tired of all your sex questions, liberals 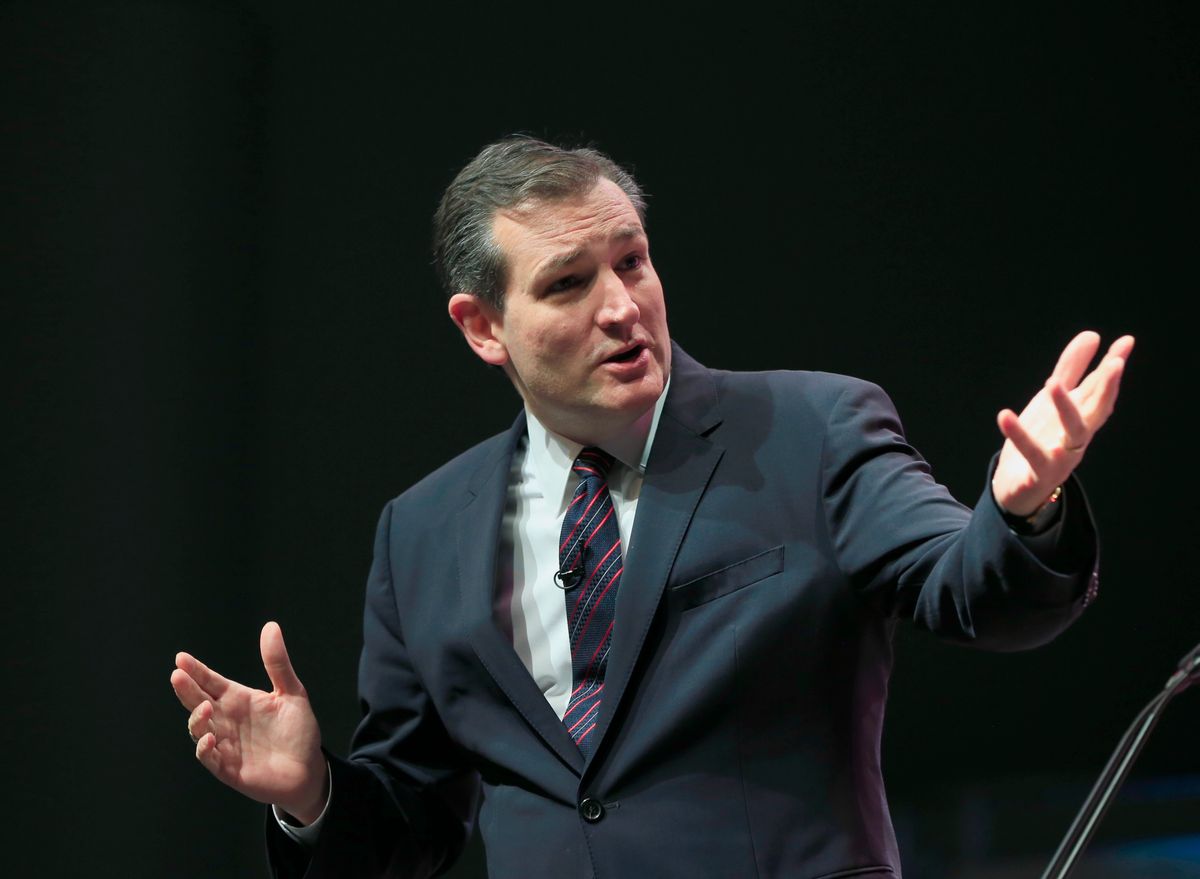 If the left is -- as Ted Cruz asserted this week -- obsessed with sex, then the right might be obsessed with the idea of murdering gay people. Bear with me for a second.

At a campaign event in Texas on Tuesday, GOP presidential hopeful Ted Cruz did what Ted Cruz does so well, which is responding to a question about same-sex marriage with an amalgam of Islamophobia, religiosity, and a not-particularly-sensible shot at the left that included something about The Children.

Echoing his compatriot Sen. Tom Cotton (R), the Texas senator told reporters that marriage equality is not a particularly pressing civil rights issue, because LGBT Americans could have it way worse.

"ISIS is executing homosexuals -- you want to talk about gay rights?" Cruz said. "This week was a very bad week for gay rights because the expansion of ISIS, the expansion of radical, theocratic, Islamic zealots that crucify Christians, that behead children and that murder homosexuals -- that ought to be concerning you far more than asking six questions all on the same topic."

Cruz also implied that marriage equality advocates on the left are "obsessed with sex" -- an odd comment coming from a man so fixated on "the family," seeing as babies are typically made by (gasp!) having sex.

But to the candidate's point, which is clearly meant to diminish arguments in favor of same-sex marriage and -- thanks to Cotton -- is also unoriginal, the notion that a demand for equal rights should be mitigated by a little gratitude for not being hanged or beheaded, might actually be a weirder concern than worrying about who gets to have sex with whom within the legal confines of a marriage.

And that certainly is the concern on the right, as has been illustrated not only by politicians' preoccupation with the family, but also by the numerous legal arguments defending same-sex marriage bans, which cite states' interest in promoting procreation as justification. So even if Cruz is right -- even if the left is obsessed with sex -- it means we're all on the same page. It means those for and against marriage equality are concerned with couples committing legally to having sex with one another only. On the sex-obsessed left, that concern turns into a fight for all people to have equal opportunity to have married sex, even in the midst of LGBT persecution around the globe.

For sex-obsessed right-wingers such as Cruz and Cotton, the fight is against all people having equal opportunity to have married sex, which seems like small potatoes in the face of all that aforementioned persecution and execution.

To continue a fight to withhold rights, while at the same time acknowledging life-or-death concerns in other countries that might, in fact, be graver than marriage, is petty and hypocritical. It also highlights how often right-wingers think about murdering gay people, which might be more troubling than how often they think about sex.