It's unclear exactly how, but as he said, it was the "best" comparison he could think of 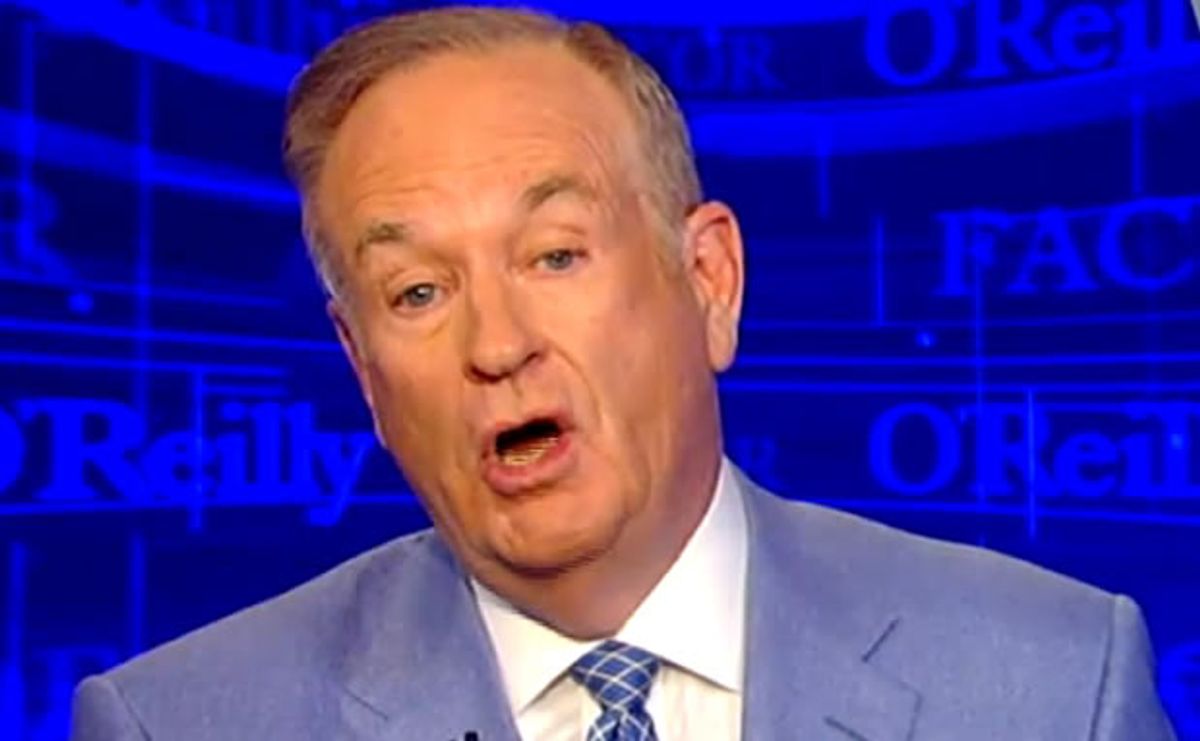 Wednesday night on "The O'Reilly Factor," the eponymous host continued to avoid talking about court records indicating that he is a domestic abuser, and instead discussed the most pressing issue of the day -- whether jihad will defeat America.

In order to prove the timeliness of this discussion, O'Reilly played a series of clips from "The O'Reilly Factor" in which he complained that Obama wasn't "doing enough to defeat jihad." This montage -- along with a brief video of White House Press Secretary Josh Earnest saying that the president is concerned about the fall of Ramadi -- is proof that the current administration isn't doing everything it ought to in the war against ISIS.

"The apathy that the Obama administration is showing to this threat endangers all Americans," he said. "The best historical comparison I can give you is President James Buchanan, who ignored the growing threat of [Southern] succession."

"Buchanan did little to keep the country together," O'Reilly continued, "and presto! The bloody Civil War broke out."

That may be the "best" comparison O'Reilly can offer, but it makes little sense -- not even superficially. If members of ISIS infiltrated the United States and wanted to secede, after all, O'Reilly would likely have very different feelings the matter, as that would be a complex -- if still completely hypothetical -- issue.

But that is beside the point, which is that "if President Obama doesn't kick it into gear quickly, the next president will be faced with an armed conflict in the Middle East that will dwarf anything that we've seen so far."