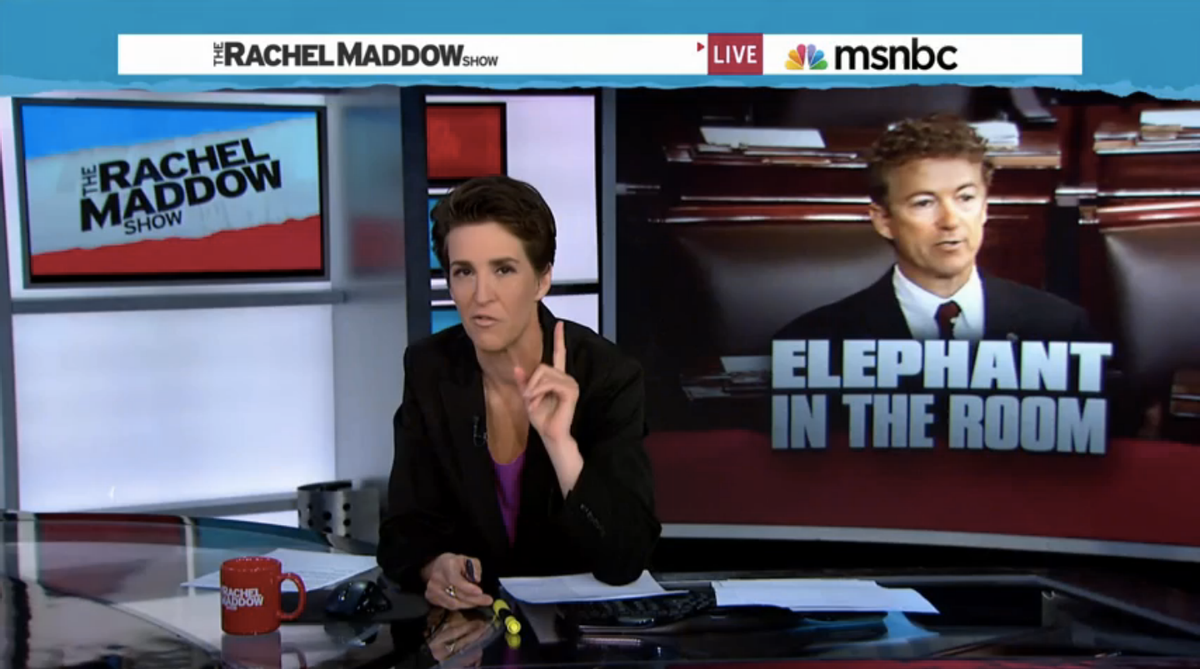 On Wednesday, 2016 GOP contender Sen. Rand Paul spoke (with the help of his colleagues) for ten hours and 30 minutes in protest of the National Security Agency spying programs that would be reauthorized under the Patriot Act.

Rachel Maddow pointed out that Paul's super-long speech may be well-intentioned, but it isn't actually accomplishing anything.

"It's important to point out that he is not actually filibustering the Patriot Act itself tonight," said Maddow. "He is not technically filibustering anything. What he delayed today by holding the floor was discussion and voting on amendments to the trade bill."

So all he could really do is delay the vote on the trade bill. Meanwhile, men and women are fighting a war against ISIS that is being all but ignored.