The Bin Laden outrage nobody is talking about: What the government's OBL "treasure trove" really reveals

The government has long claimed that the Bin Laden raid was an intelligence windfall. Now it's playing defense. 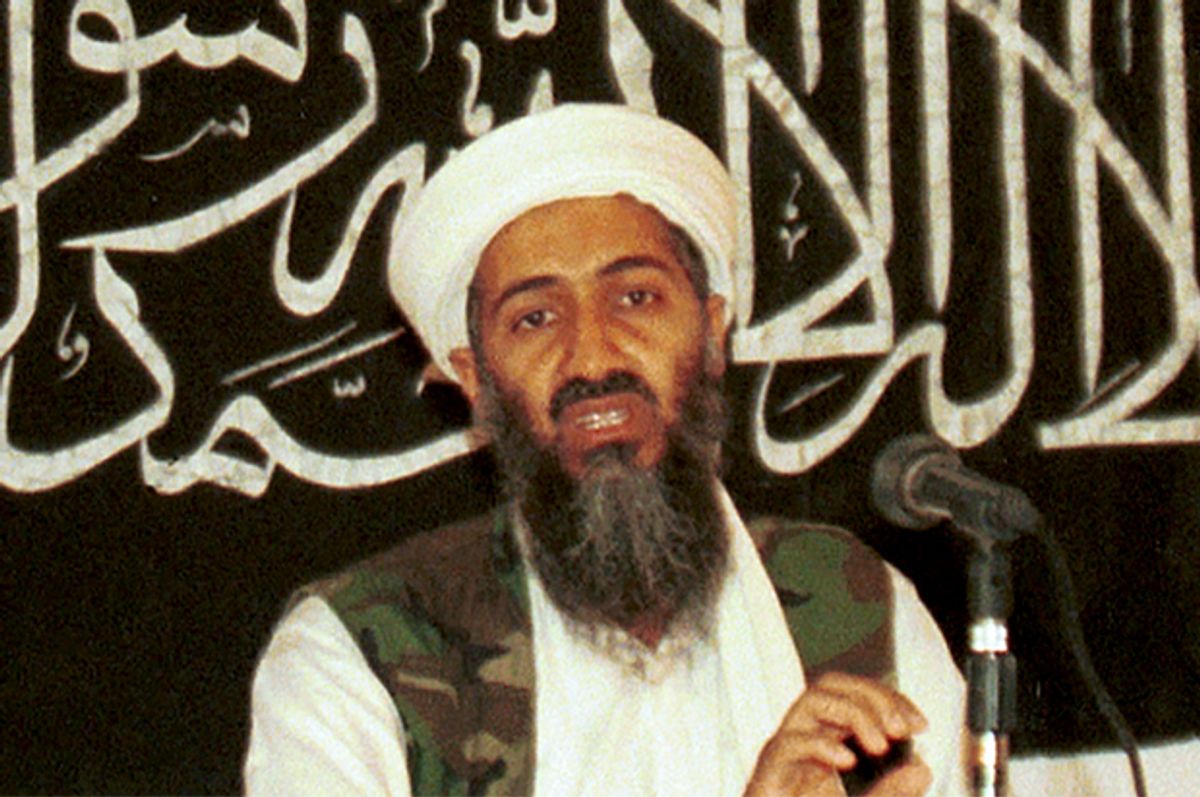 About 10 days ago, Seymour Hersh wrote a story claiming much of what the government has told us about the Osama bin Laden raid was false. Among other claims, Hersh said the government had exaggerated the "trove" of intelligence seized from bin Laden's compound. "We were told at first," Hersh quoted the primary source for his story, "that the Seals produced garbage bags of stuff and that the community is generating daily intelligence reports out of this stuff....But nothing has come of it."

Wednesday morning, the Office of the Director of National Intelligence released what it calls a "sizable tranche" of documents it explains were seized from the compound. That "sizable tranche" consists of just 409 documents, of which only 103 were previously considered classified. (That ODNI calls this to be "sizable" may support Hersh's claim there was less information than claimed.)

ODNI's spokesperson insists the office did not release the documents in response to Hersh.

Buzzfeed, which got advance release of the materials, emphasized the "conspiracy" texts bin Laden had. It quoted someone to whom they bizarrely gave anonymity, saying, "'Of the 38 full-length English-language books he had in his possession, about half of them were conspiracy theory books' about the Illuminati, Freemasons, and other conspiracy topics."

Buzzfeed's secret intelligence source makes the claim based on the categorization imposed by ODNI, consisting largely of overlapping categories of English-language materials worthy of a Jorge Luis Borges short story. Categories include:

Even having carried out such obvious categorization games, it's hard to see how Buzzfeed's anonymous source came up with the "about half" claim except by deeming books critical of American foreign policy -- two books from MIT professor Noam Chomsky are included in this category, for example -- to be conspiracist. Unless ODNI thinks Brookings' hawkish Director of Foreign Policy Research, Michael O'Hanlon, is a conspiracy theorist?

So America's spooks have released a bizarrely-organized group of bin Laden materials, using a pre-embargo release to over-emphasize how much OBL wallowed in conspiracy theories (though he did do some of that), but they insist this is not an attempt to spin Seymour Hersh as a conspiracy theorist.

Perhaps most interestingly, the counter-conspiracy spooks have stuck the Senate Intelligence Committee's hearing on CIA's Project MKUltra in with the books it claims to be conspiracy theories rather than in the "publicly available US government documents" category. The Senate held the MKUltra hearing in 1977 after new information -- in addition to information previously exposed during the Church Committee -- showed that CIA had conducted human experimentation with drugs like LSD to attempt to exercise mind control. "We also need to know and understand what is now being done by the CIA in the field of behavioral research to be certain that no current abuses are occurring," Senator Daniel Inouye introduced the hearing, before asking CIA Director Stansfield Turner to explain why these materials hadn't been previously disclosed. "The reappearance of reports of the abuses of the drug testimony program and reports of other previously unknown drug programs and projects for behavioral control," Inouye continued, "underline the necessity for effective oversight procedures both in the executive branch and in the Congress."

So at one level, the hearing report is yet another example of Congress futilely trying to rein in the CIA after learning it had engaged in illicit, unethical, and illegal activities.

But the inclusion of the MKUltra hearing report on bin Laden's bookshelf is notable for another reason. The CIA's recent torture program -- to which 14 of bin Laden's top associates, along with some innocents and looser affiliates of al Qaeda, were subjected -- is the institutional descendant of the MKUltra program.

Psychologist Jeffrey Kaye, who has written extensively on the history of CIA's torture programs, traced this relationship after the release of the Senate Intelligence Committee Torture Report back in December. He explained how MKUltra got integrated into the KUBARK coercive interrogation manual which got integrated into the CIA's Human Resource Exploitation manual. He showed how a succession of CIA "technical services" departments kept returning to such abusive human research. And he noted that CIA's Chief of Interrogations (who remains anonymous in the Torture Report) had been involved in earlier abusive interrogation efforts in Latin America.

As Kaye points out, the Torture Report also includes a few allegations that CIA detainees were drugged. "Over a period of years," the Report noted twice without elaboration in the unclassified Executive Summary, Abd-al Rahim "al-Nashiri accused the CIA staff of drugging or poisoning his food."

MKUltra may be dismissed by Buzzfeed as a "so-called 'mind control' program," but it was a real program, and for years the CIA deployed the institutional successor of the program against bin Laden's associates, attempting once again to render subjects completely susceptible to CIA control. "Learned helplessness," they called it in this iteration.

Much of the other government and think tank documents bin Laden's read -- a sub-section of the 115 lengthy documents in English ODNI did not put on the "conspiracy theory" shelf -- consist of reports on how the US is fighting terrorism, how the US was fighting bin Laden. Bin Laden was doing what we would expect him to do: collect intelligence on how the US planned to beat him.

Indeed, as journalist Alexa O'Brien noted, this week's stash includes documents previously declassified, probably for Chelsea (then Bradley) Manning's trial; the government used the documents (though did not release them) to unsuccessfully claim that Manning had "aided the enemy" by making details of Afghan operations available to al Qaeda.

The MKUltra Hearing Report, another publicly released government document on CIA's past efforts to obtain complete control over subjects, may be just one more part of bin Laden intelligence collection on U.S. programs. But anonymous spook sources getting the press to parrot dubious claims would have you believe a historic report on CIA's abusive attempts to render other humans helpless belongs on the conspiracy theory bookshelf.