The redemption of #CancelColbert's Suey Park: Can Twitter forgive and forget?

The notorious "hashtag activist" goes back to her Christian roots 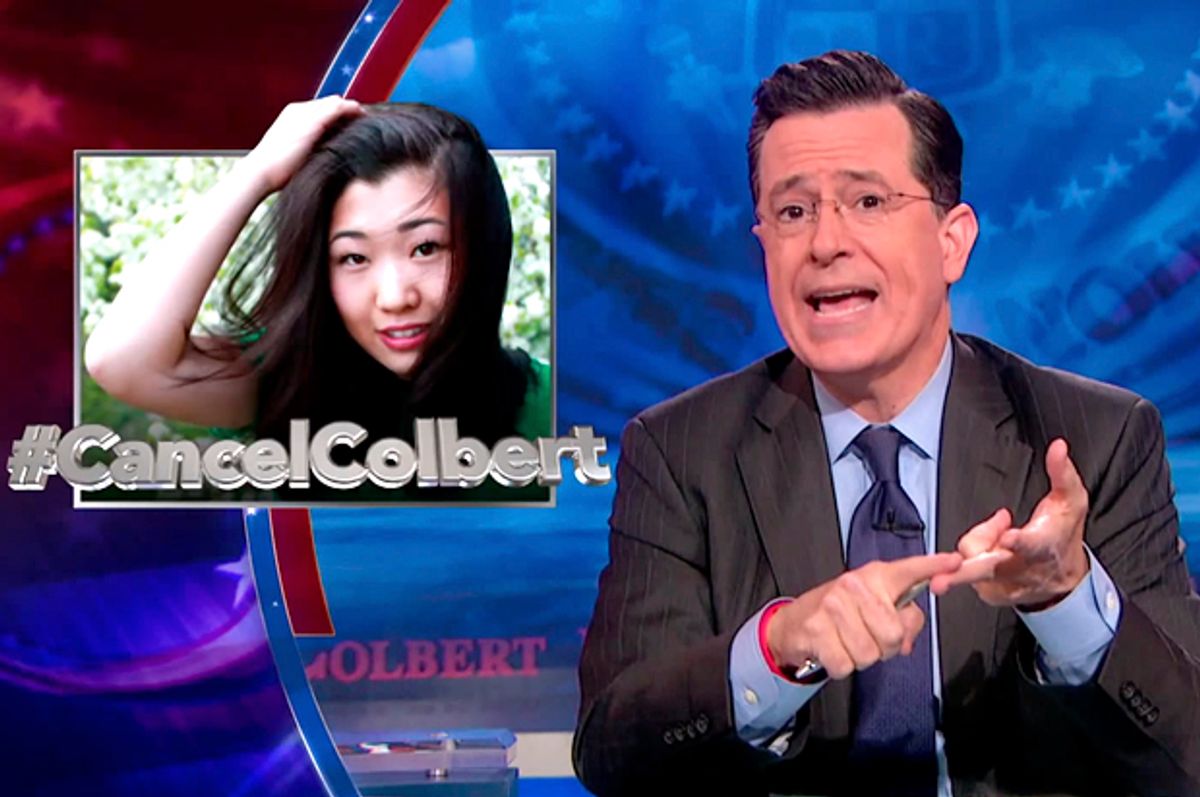 To be Internet famous is to be at least partially fixed forever in one's own strange moment of viral fame. Now nine year-old Charlie remains eternally a brother biting baby; Ghyslain Raza is still the "Star Wars" fan goofing with a light saber he was thirteen years ago. Monica Lewinsky, a woman now in her forties and dedicated to advocating and educating about cyberbullying, is still routinely disparaged as the White House intern of Drudge Report infamy. And a little more than a year after becoming Twitter notorious as the "hashtag activist" behind the ill-fated #CancelColbert campaign, Suey Park now says in a new profile in the New Republic, "Sometimes I feel like a child celebrity, defined by some things said and done in immaturity forever.”

Park was no child but a 23 year-old woman who'd already shown a knack for getting social media attention with #NotYourAsianSidekick when she launched into the hashtag hall of fame. Last spring, she took issue with a tweet from "The Colbert Report" tied to a bit on the show about Washington Redskins owner Dan Snyder’s vow to launch a foundation for Native Americans. "I am willing to show #Asian community I care by introducing the Ching-Chong Ding-Dong Foundation for Sensitivity to Orientals or Whatever," the tweet read. It was satire. Park, however, retorted that "The Ching-Chong Ding-Dong Foundation for Sensitivity to Orientals has decided to call for #CancelColbert. Trend it," and announced, "#CancelColbert because white liberals are just as complicit in making Asian Americans into punchlines and we aren’t amused."

While she said at the time that "It was just an opportunity to use hyperbole in a way to make social commentary," she seemed firm in her fury, telling Salon, "This is not reform, this is revolution… I don’t play by appeasement politics, it is not about getting my oppressors to humanize me. And in that sense I reject the respectability politics, I reject being tone-policed." For her efforts, Park garnered her share of supporters, but she also quickly became a poster girl for humorless social justice warriors. And, because everything is terrible, she also found herself the target of extreme abuse and harassment. In her TNR feature, Elizabeth Stoker Bruenig writes that "When a group of online trolls found out where she was living, she cut her hair, left Chicago, and headed to New York City to stay with friends."

But what you might not have expected from the story of a woman who a year ago was saying that "Whiteness will always be the enemy" is that she also identifies as "culturally Presbyterian." Earlier this week, she shared on Twitter, "You heard correctly! I'll be joining the welcoming and insightful students of @McCormickSem!" — McCormick Theological Seminary in Chicago. In her conversation with Bruenig she says, "Christianity is part of who I am. I don’t need to announce it." And Bruenig, whose own bio reads, "Christian ethics. Poverty. Political theology," gives unique insight into what Park has been doing by putting it in the context of "Christian anti-oppression politics." She also makes clear Park sees the court of Internet justice though the eyes of one familiar with church hypocrisy, as she tells Bruenig, "It’s a lot like purity politics in the church. You do one wrong thing, and you’re tainted. You’re out forever."

I still can't help wondering if Park ever considered how what Colbert — the man she took on with such clumsy rage — does so adeptly with his social satire is informed by his own professed Catholic faith. But what Bruenig seems most intrigued by, what no doubt Park -- moving toward the next phase of her young life -- is contemplating, and what I as a Catholic sure as hell grapple with on the daily, are the very radical ideas of absolution and redemption. These are not concepts exclusive to Christians, but it's fair to say they're a big part of the business plan. They are extraordinarily difficult to embrace and to practice. For many people who still think of Suey Park at all, she'll always be the girl HuffPost Live’s Josh Zepps summed up last year as the girl with "a stupid opinion." If you'd asked me who Park was a week ago, that's what I'd have said too. But as Bruenig notes, sometimes we get second chances. "Punishment is fickle," she writes. "It strikes or spares unpredictably — and so, too, is forgiveness."