The U.S. military, where sexism runs rampant: 5 things you need to know about female servicemembers this Memorial Day 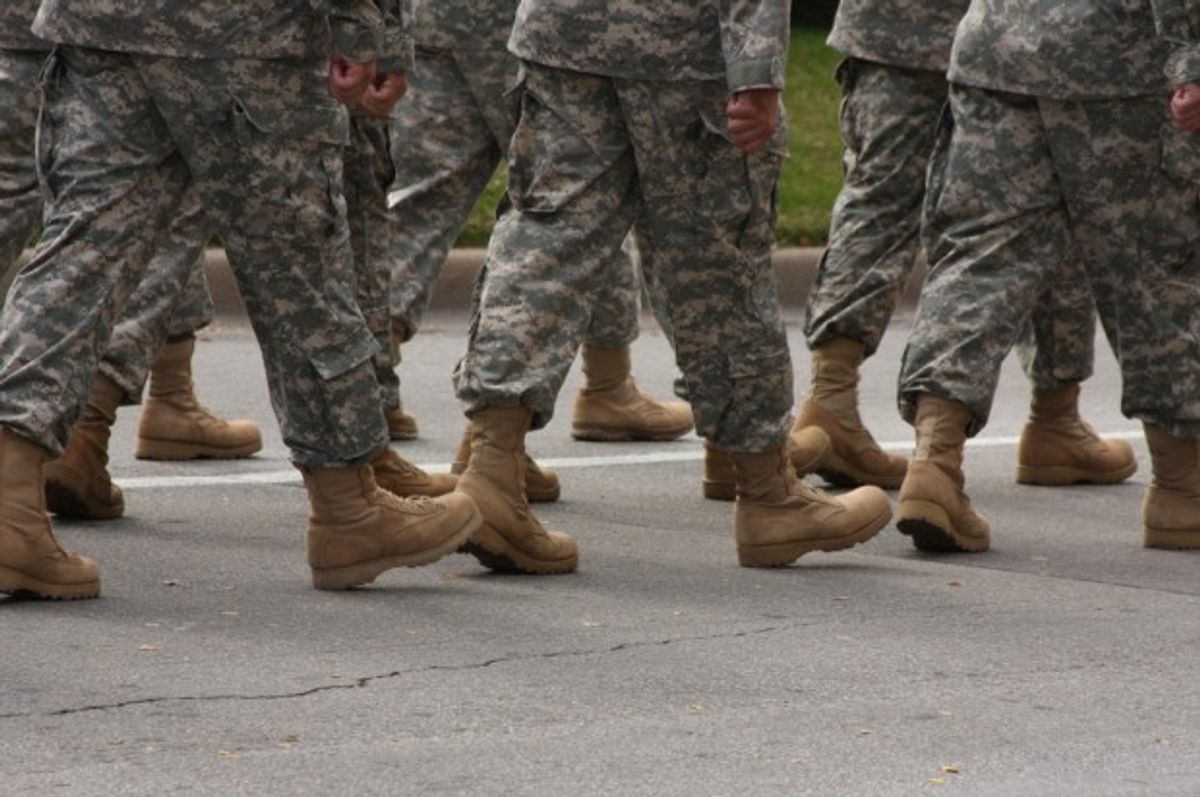 Facebook
Twitter
Reddit
Email
view in app
Memorial Day is a day of remembrance for the dead, but also an opportunity to reflect on the living. Here are five things you need to know about women in the military -- from sexual assault and retaliation to access to basic healthcare.
1. Women in the military have a rate of unintended pregnancy that is 50 percent higher than the civilian population.

Here’s Sen. Jeanne Shaheen, Democrat from New Hampshire, on the Access to Contraception for Women Servicemembers and Dependents Act, a measure that would overhaul the Department of Defense’s policy on contraceptive coverage and family planning counseling:

There are more than 350,000 women currently serving on active duty today, and 97% are of reproductive age. The rate of unintended pregnancy for servicewomen is 50% higher than the civilian population. That tells me that these servicewomen aren’t getting the best comprehensive counseling and education on contraception. As the number of women in our armed forces increases, it’s important that we recognize the unique challenges they face and provide the support they need as they defend our nation.

2. Sexual assault remains rampant, and unpunished, in the military. Pentagon numbers also leave out crucial incidents of assault for civilian women assaulted by members of the military, including spouses.

According to Pentagon estimates, there were approximately 26,000 cases of sexual assault in the military in 2012. But as a report released earlier this month by Sen. Kirsten Gillibrand reveals, that number only tells part of the story.

32 percent of Reports Are by Civilian Women, Uncounted in the Department of Defense’s Sexual Assault Prevalence Surveys. An analysis of the case files revealed that there were 33 alleged assaults by servicemembers on civilian women out of 107 during 2013.

21 percent of Reports Are by Civilian Military Spouses, Uncounted in the Department of Defense’s Sexual Assault Prevalence Surveys. An analysis of the case files revealed that there were 22 alleged assaults by servicemembers on their civilian spouses out of 107 during 2013.

3. Servicemembers who report a sexual assault are 12 times more likely to experience some kind of retaliation than they are to see an attacker convicted.

And a 2012 study found that 47 percent of female servicemembers who did not report a sexual assault said that one of the reasons why was fear of retaliation. A new Human Rights Watch report on the harassment and threats victims face after reporting documented what some of that abuse looks like.

This is blatant discrimination, plain and simple. From a report released last year and headed by former Surgeon General Dr. Joycelyn Elders:

5. Beyond the trauma of war, women veterans experience PTSD from sexual trauma.

But unlike treatment for combat trauma, the “paper trail” to document sexual trauma experienced while on active duty is often a higher burden for victims. According to recent data, 32 percent of military sexual assault-related PTSD claims are approved by the VA compared to 54 percent of other PTSD claims

“It’s just a broken policy. So veterans experience betrayal from the sexual assault, from the way they are treated by their units after the assault, and then by the VA when they file claims,” Anu Bhagwati, executive director of Service Women’s Action Network (SWAN) and a former captain in the Marine Corps told the Washington Post in 2014. “The VA became the last place, after a long line of places, where any hope they had left of getting help just dies.”